Saturday Night Live is a cultural institution that’s been making us laugh live from New York for more than four decades. The sketch comedy and satirical news program makes fun of everything and everyone, with almost nothing remaining sacred. Even the seemingly benign home improvement network HGTV isn’t immune from the SNL treatment.

A recent episode of the show included a skit with Jennifer Lopez which made several references to some of the most common practices on shows like Fixer Upper. This came after another skit SNL did about Farrow & Ball paint, a premium brand that design enthusiasts love.

Why the obsessionwith mocking home improvement television? As usual with SNL, it’sfunny because it’s true. 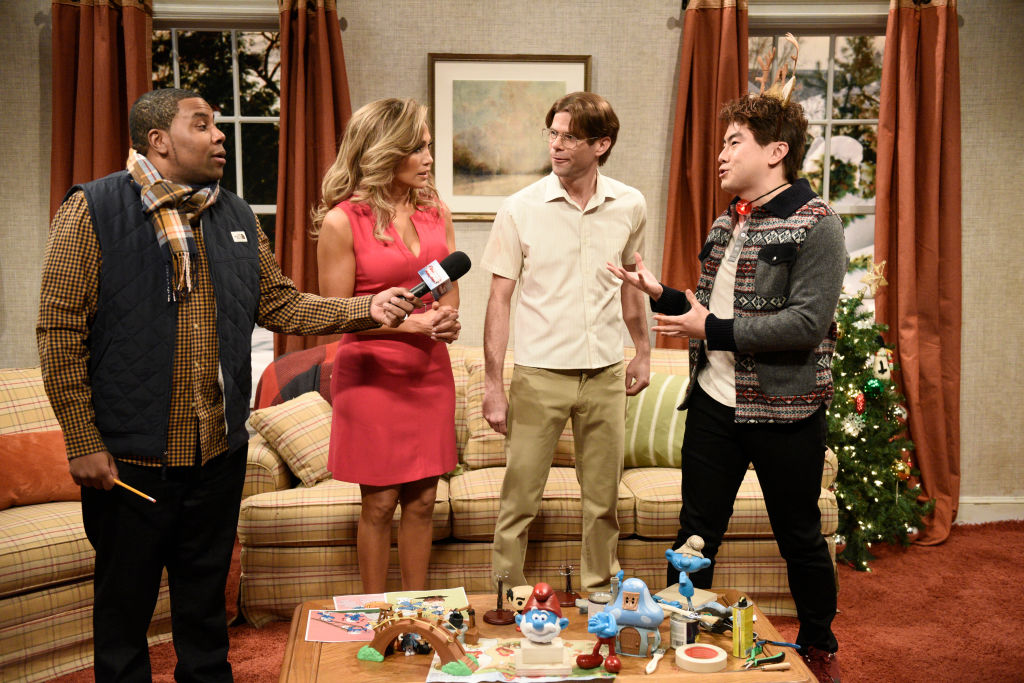 The spoof depicted a fake show called Surprise Home Makeover: Holiday Edition, which may have been a subtle reference to HGTV’s hyped new show, A Very Brady Renovation: Holiday Edition. Like so many real HGTV shows, the bit included Keenan Thompson playing Becker Cheeks, a host dropping by to surprise an unsuspecting family to tell them they won a home makeover.

The laughs started immediately when the stunning Jacqueline Schatt (Jennifer Lopez) answered the door decked out in a tight hot pink dress. She’s an unlikely match with her husband Matt (Mikey Day), who is about as nerdy and average-looking as they come.

“We’ve got a real fixer upper on her hands,” designer Brylee (Bowen Yang) says when arriving at the house. Except he’s talking about the dorky husband Matt, not the house he’s supposed to be transforming.

Everyone knows Joanna Gaines loves some shiplap. And even though Fixer Upper has been off the air for years, that still didn’t save the beloved series from getting teased a little bit on SNL.

When asked how he planned to fix up the house, Brylee quickly confirmed what HGTV fans already knew: it’s always the same formula with these types of shows.

“Open concept. Shiplap. Same stuff we always do,” he said with conviction.

This isn’t the first time SNLwent after home improvement enthusiasts. During a recent episode with KristenStewart, the show madefun of premium paint and its pricing.

“Just look at the depth of co-LOUR,” Aidy Bryant said in defense of shelling out over $100 per can. “That color on the baseboard there is Ammonite, named after the fossils on the Dorset Coast,” she continued. “And the walls are Lulworth Blue, named after the swirling mists of the beautiful Lulworth Cove.”

Bryant’s brother is horrifiedto find she’s spent all her inheritance money on paint in a rental home.

Farrow & Ball reactedwith a joke of their own

Brand representatives for Farrow & Ball used the publicity from the skit to their advantage, taking out a full-page ad in The New York Times introducing a new col-our: English Roast, with “subtle hints of bone-dry satire and a lingering aftertaste of charred British beef.”

At least everyone has a senseof humor! It will be interesting to see if Joanna Gaines has anything to sayabout getting the SNL treatment, too.