Sebastian Stan and Denise Gough set off on a whirlwind weekend romance in Monday, a romantic drama which IFC Films released in theaters and on-demand today.

It’s the fourth feature from director Argyris Papadimitropoulos, who also wrote and produced the film.

Here is the plot: When Mickey (Stan) is dragged away from his DJ set by a drunken friend and introduced to Chloe (Gough) one hot summer night in Athens, the attraction between the pair is immediately palpable. So palpable that before they know it they’re waking up naked on the beach Saturday morning. And so it goes that a one-night stand on Friday turns into a whirlwind weekend romance that leads to serious conversations when they face the harsh sunlight on Monday morning. 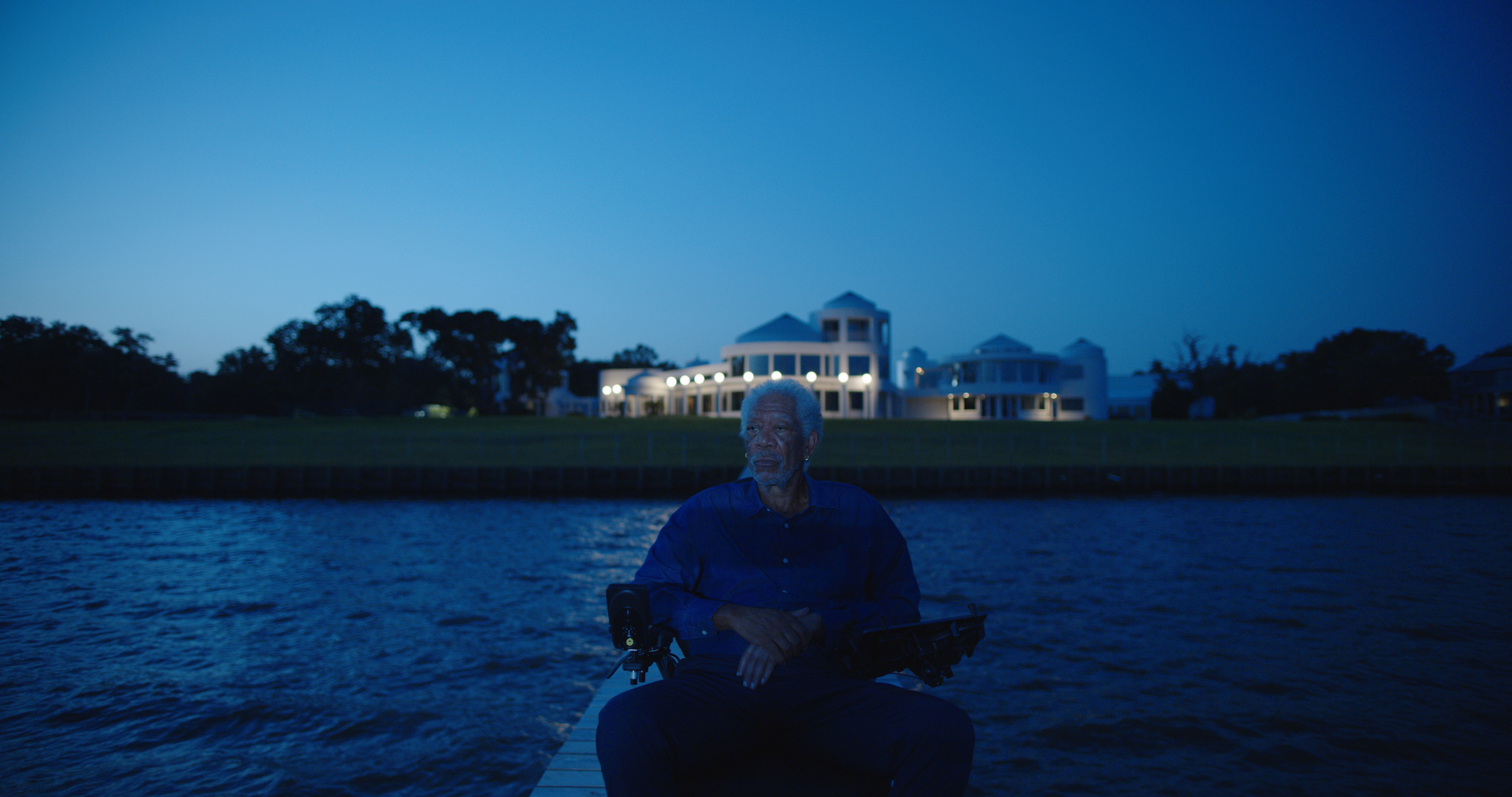 Oscar-winner Morgan Freeman and Orange Is The New Black’s Ruby Rose go on a crime spree the Lionsgate crime-thriller Vanquish, directed by George Gallo, who is the screenwriter behind Bad Boys and Midnight Run.

The film follows Victoria (Rose), a mother who is trying to put her dark past as a Russian drug courier behind her, but retired cop Damon (Freeman) forces Victoria to do his bidding by holding her daughter hostage. Now, Victoria must use guns, guts, and a motorcycle to take out a series of violent gangsters — or she may never see her child again.

The film is available in select theaters starting today followed by on digital and on-demand release on April 20. 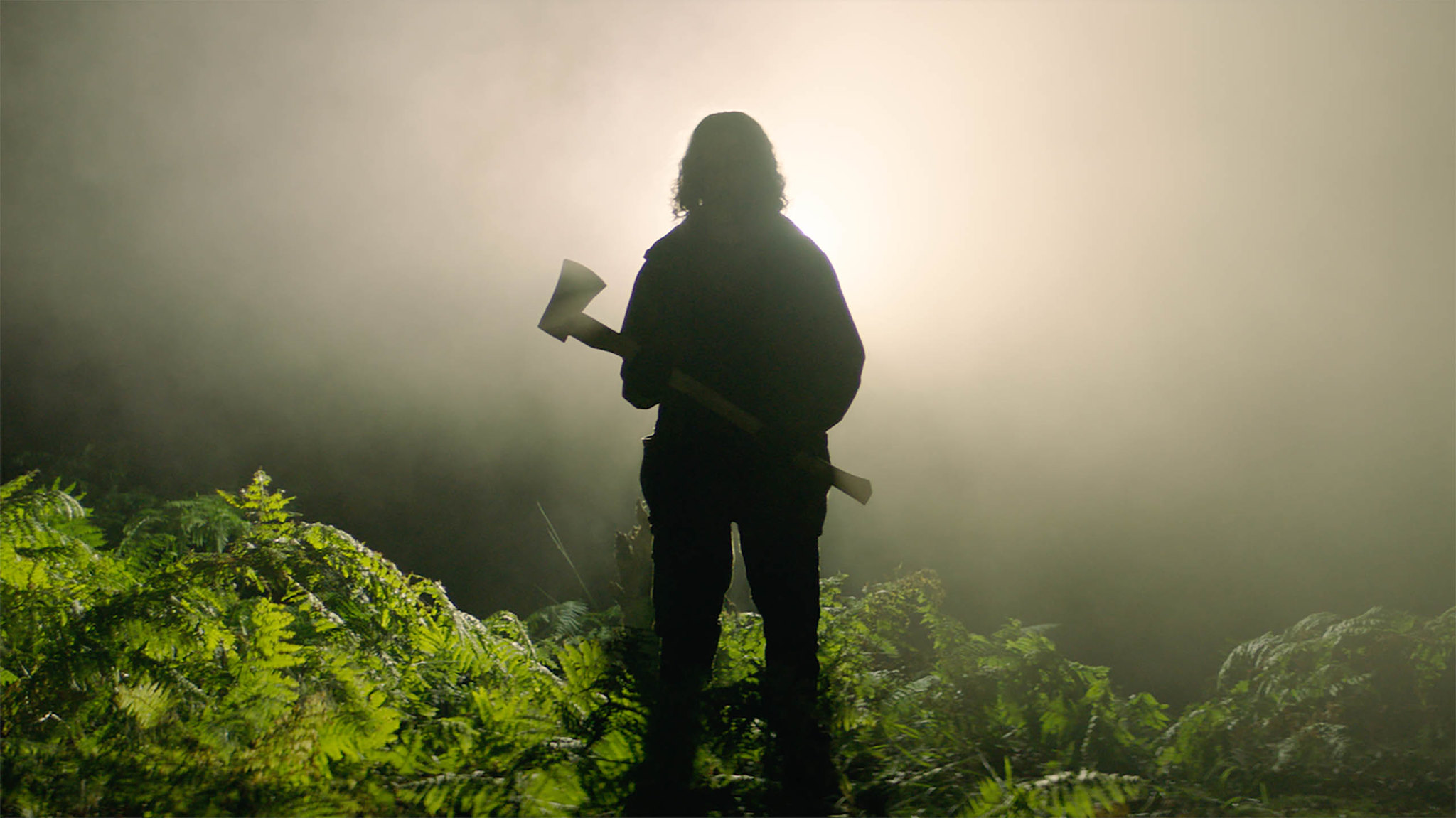 The race to cure a deadly virus is on in Neon’s latest horror film, In The Earth, which is available in select theaters.

Written and directed by Ben Wheatley, the pic is set against the backdrop of the world searching for a cure to a deadly virus. A scientist and a park scout venture deep into a forest on a routine equipment run, only to find themselves trapped in a terrifying mystery.

The film, which had its premiere at this year’s Sundance Film Festival, stars Joel Fry, Ellora Torchia, Hayley Squires, and Reece Shearsmith.

Aya Cash and William Jackson Harper star as a longtime couple who have hit a bump in their relationship in the Jeff Rosenberg-directed comedy We Broke Up from Vertical Entertainment.

Lori (Cash) and Doug (Harper) have been together for 10 years. But when Lori reacts badly to Doug’s surprise proposal just before her little sister’s wedding, he dumps her. Not wanting to steal the spotlight, Doug and Lori pretend they’re still together. However, raw emotions and tempting flirtations with other wedding guests make pretending a lot harder than they’d anticipated.

Sarah Bolger, Tony Cavalero, Kobi Libbi, Azita Ghanizada, Zak Steiner, and Peri Gilpin round out the cast. The film is out in limited theaters and on demand. 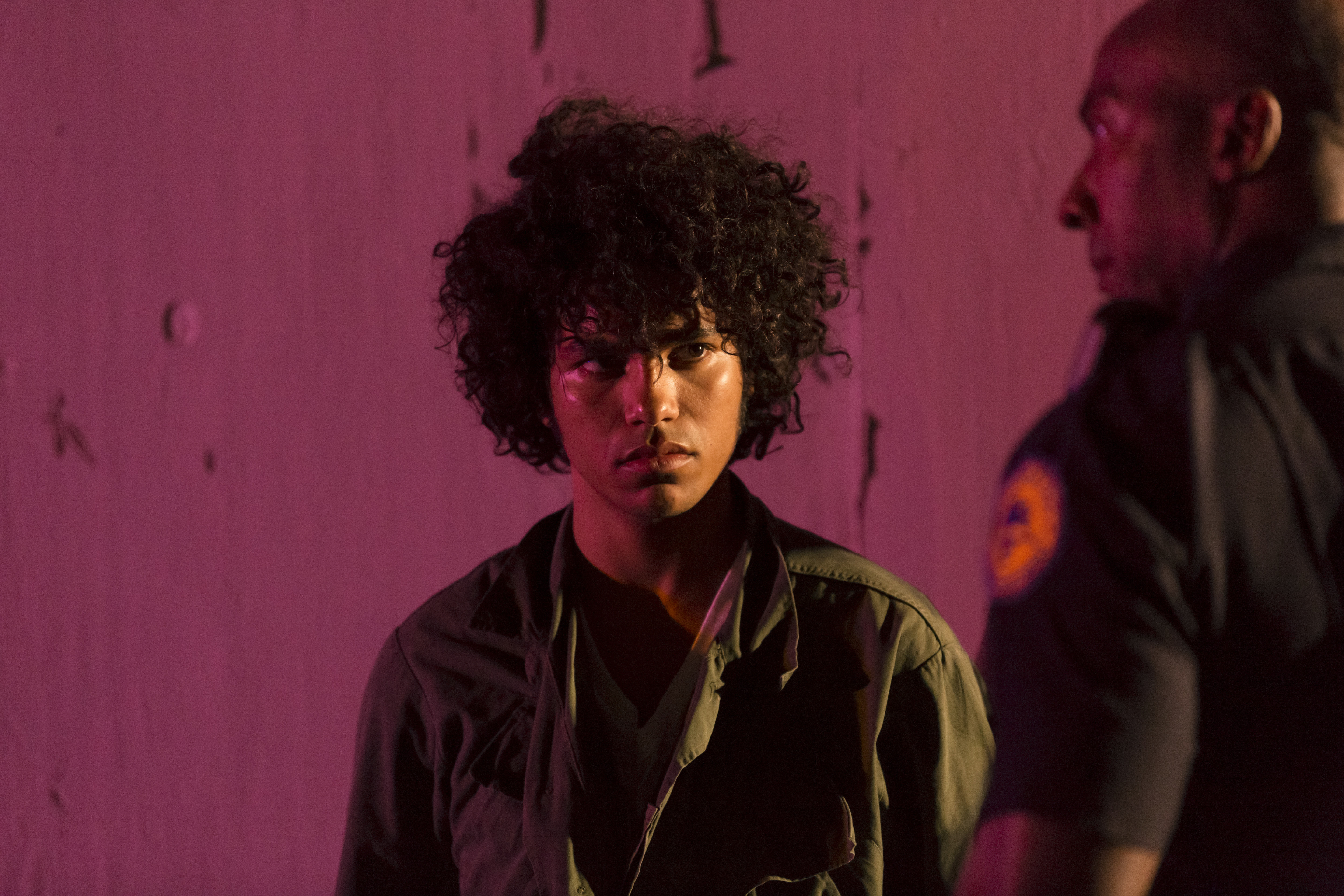 Based on a true story, Reefa, from Vertical Entertainment, is about Israel “Reefa” Hernandez Jr., an 18-year-old Colombian immigrant and art prodigy, who is spending his last summer in Miami with friends, family, and his new girl Frankie before moving to New York City on an art scholarship.

While Israel and his friends skateboard the city streets and spray-paint the walls of Wynwood, anxieties emerge twofold: Israel and his family nervously await their Green Cards while he desperately seeks recognition for his art. When Israel decides to spray paint one last wall, a piece which would command immediate respect from his peers, a sudden encounter with a vengeful Miami police officer leaves his family and friends devastated, the Miami community outraged, and the country reeling from another case of police brutality.

Sundance drama Beast Beast is set to open in limited theaters this weekend. The coming-of-age movie hails from Danny Madden and is based on his short film, Krista.

Shirley Chen, Will Madden, and Jose Angeles topline the pic, which was executive produced by Alec Baldwin.

The film follows popular theatre student Krista (Chen) who finds herself drawn to Nito (Angeles), a new student at her high school who catches her attention with his impressive skating videos. Unbeknownst to her, their lives and that of her gun-loving neighbor, Adam (WMadden), soon become intertwined — until they reach a breaking point.

Also in Saban Films is releasing Night Of The Sicario, a suspenseful thriller directed by Joth Riggs. 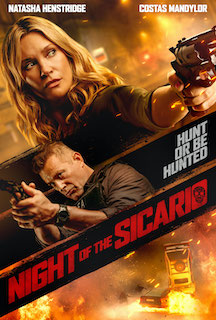 In the film, DEA agents are ambushed in a fatal shootout while transporting the family of a key witness in a federal trial against the cartel. Now the survivors, including the witness’ young daughter, must take refuge in a nearby home as the ruthless sicarios hunt them down. With danger at every corner and a violent hurricane wiping out any chance of outside help, they must play a deadly game of cat and mouse with the cartel to live through the night. 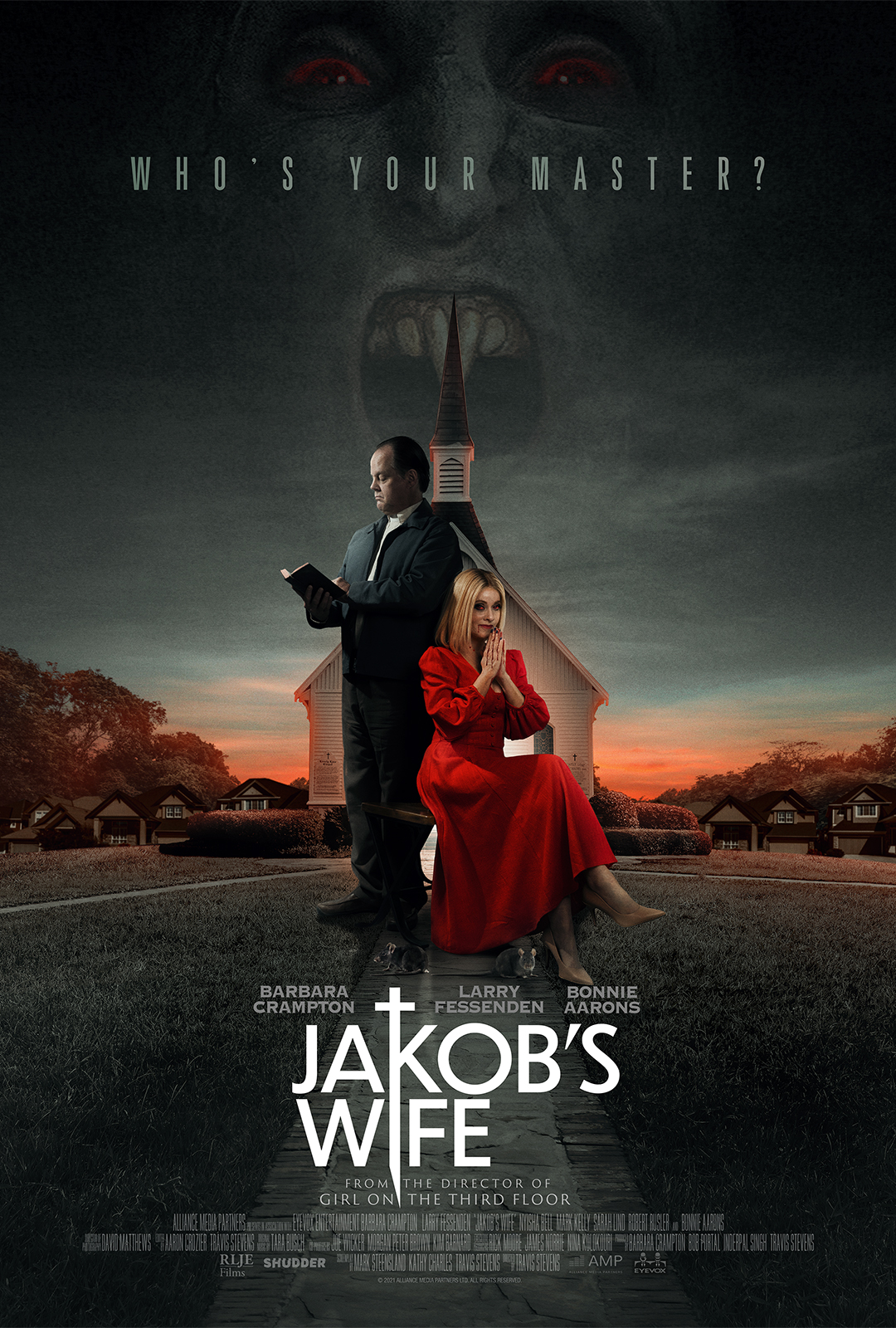 From director Travis Stevens, Jakob’s Wife follows Anne, who is married to a small-town minister and feels like her life and marriage have been shrinking over the past 30 years.

After a chance encounter with “The Master,” she discovers a new sense of power and an appetite to live bigger and bolder than before. As Anne is increasingly torn between her enticing new existence and her life before, the body count grows and Jakob realizes he will have to fight for the wife he took for granted.

RLJE Films and Shudder will release the horror film in theaters, on-demand, and digital today.

In the Screen Media action thriller, Trigger Point, Nicolas Brazer is a retired U.S. special operative who worked in the darkest shadows of the government as part of an elite “invisible” team that quietly took out villains around the world. After being blamed for the exposure and assassination of several members of his own team, Nicolas disappeared into a life of solitude and indignity.

Now, two years removed, he is reluctantly drawn back into this dangerous world – with both enemies and supposed friends coming after him – to not only clear his name, but to prevent the killing of a new generation of noble operatives.