”He became a dear friend and a mentor and we grew very close,“ Bakula shared 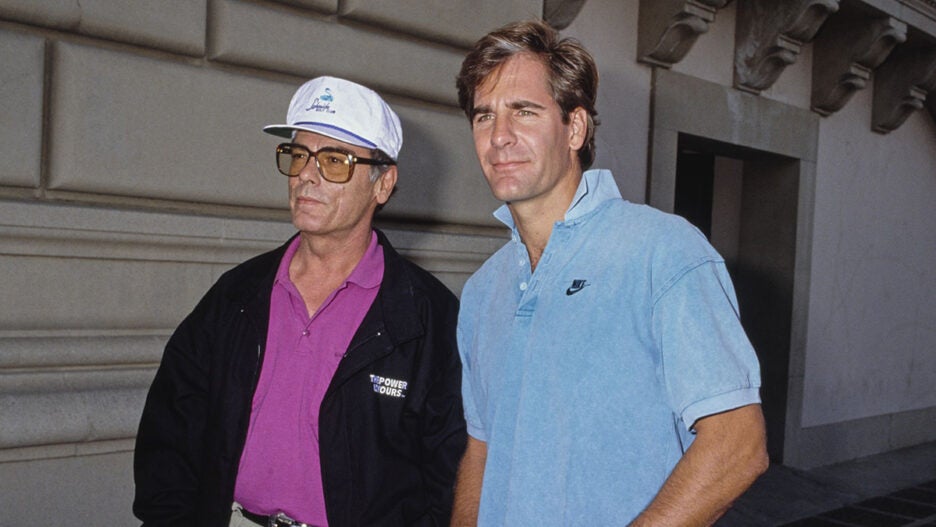 As Dr. Sam Beckett, Scott Bakula had Dean Stockwell’s cigar-puffing Al to turn to as his time-traveling mentor when he landed in yet another unexpected moment in history. On Tuesday, after news broke of Stockwell’s death at 85, Bakula shared a touching statement reflecting on the actors’ own relationship, one that similarly saw the older actor become a “friend and mentor.”

“I met Dean at his audition for ‘Quantum Leap’ in 1988,” Bakula began in a statement shared with TheWrap. “He had agreed to ‘read’ for the network, I was already cast. We connected immediately and my career and my life were changed that day in Brandon Tartikoff’s office. How lucky were we to get him? A few months later he would be nominated for an Academy Award for his role in ‘Married to the Mob,’ but he was stuck with us. Serendipity? All I know is, he never tried to get out or complain, he loved the role and the show and the rest was history.”

The show the two co-starred in, and which continues daily in syndication, ran from 1989-1993.

It followed Bakula’s Sam as he leaped into the bodies of various famous, infamous and regular people from time’s gone by, each week encountering a problem to solve, or a situation to right before he could leap again, and always longing to leap home. Stockwell’s Al would appear only to Sam as a hologram, sharing historical details, various facts available in their time, and also probabilities the supercomputer Ziggy came up with on the likelihood of Sam completing his assignment.

Both actors shared the screen in every episode, and they bonded during that time.

“He became a dear friend and a mentor and we grew very close over the next five, very intense years,” Bakula’s statement continued. “Dean was such a passionate man … about life, his work, his art (he was an amazing artist!), his family, all kinds of causes, people, music, the planet, cigars, golf, and on and on! Having been a famous child actor, he had a soft spot for every young actor who came on our set. He was very protective of their rights and safety and always checked in with them to make sure that they were OK. His big-hearted response to the kids made all of us take notice and be better guardians ourselves.”

“In spite of having a career that came and went several times during his 70-plus years in the business, he was always grateful and delighted to have the chance to keep working,” the statement continued. “The only time he ever complained was when we called him on the golf course and told him we were ready for him to come to work! He used to announce his presence on the sound stage (if we hadn’t already caught a whiff of cigar smoke trailing in behind him), with a bellowed, ‘The fun starts now!’ Truer words were never spoken.”

Bakula ended his statement, writing, “I loved him dearly and was honored to know him. He made me a better human being…”

As previously reported by TheWrap, Stockwell died at his home on Monday due to natural causes.