It turns out, even when you’re the children of Sarah Jessica Parker and Matthew Broderick, it’s not every day that one of your parents graces the cover of Vogue.

Parker, who is reprising her role of Carrie Bradshaw in the Sex and the City reboot, And Just Like That . . . , is on the cover of Vogue’s December 2021 issue. In it, Parker looks poised to take on the world in a stunning Dolce & Gabbana Alta Moda gown. It turns out, her daughters were just as impressed as the rest of the world. 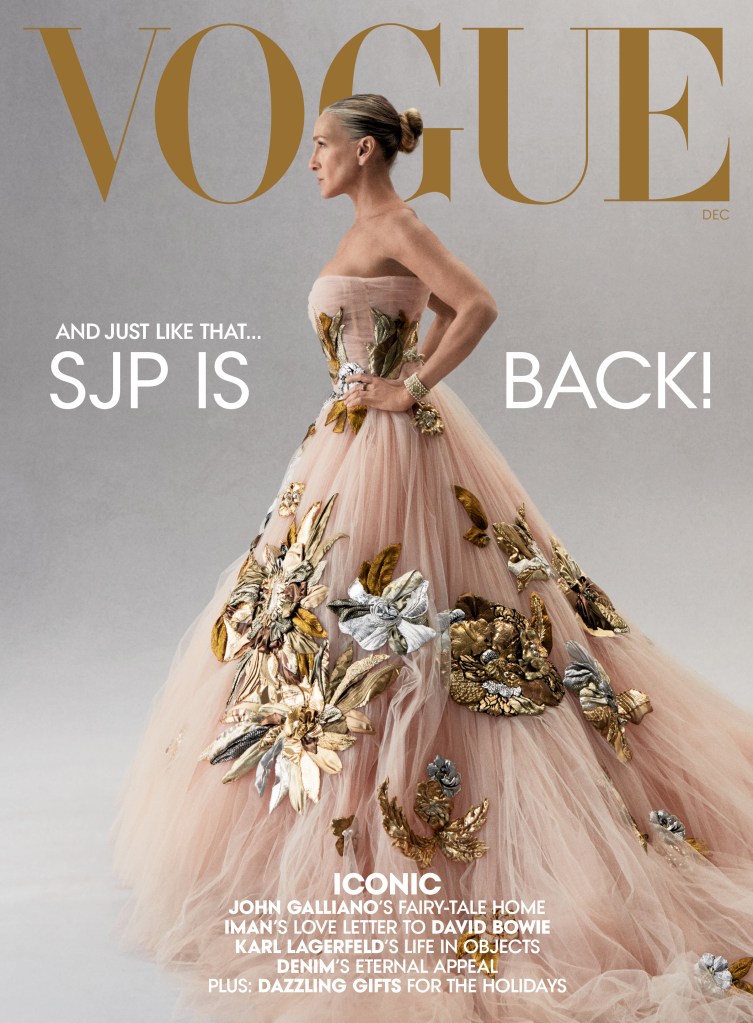 “My daughters gasped and said, ‘Mama, you are on the cover of Vogue?’” Parker wrote on Instagram. While her daughters, 12-year-old twins Marion and Tabitha, may not quite understand what a big deal their mom is, this should act as a significant step in their journey toward figuring that out. Megan Fairchild, a principal dancer for the New York City Ballet, even commented that she loves that Parker’s daughters are “getting it” in reference to their mom’s sweeping impact on a generation of women. Parker graciously echoed their sentiments and thanked Vogue’s editor-in-chief, Anna Wintour, for the opportunity.

“I share their astonishment,” Parker continued in the post. “But also a massive thank you to Anna for having me back and the extraordinary team that gathered on that Sunday not long ago.”

Before you go, click here to see actresses over 50 who are more successful now than ever.