Riverdale has been leaving fans guessing the entire series, from the mysterious videotapes appearing on people’s doorsteps to the circumstances around Jughead Jones’ (played by Cole Sprouse) apparent death. The Netflix and The CW drama will be back in the New Year where hopefully we’ll find out what is really going on in the once quiet suburban town. Here’s everything we know so far about season four, episode 10 from the promo.

What is going to happen in Riverdale season 4, episode 10?

The first episode of the New Year is called Varsity Blues and in the promo’s first few moments, we see the return of Veronica Lodge’s (Camila Mendes) blonde wig.

Veronica looks like she’s at a party and goes up to a group of boys and says: “Hi fellas.”

We then see one of them is Jughead’s Stonewall Prep nemesis Bret Weston Wallis (Sean Depner).

He turns to Veronica in disguise and says: “Go back to my room, undress and wait for me.”

She smiles back at him coyly but is she really going to cheat on Archie or is it part of some big master plan? 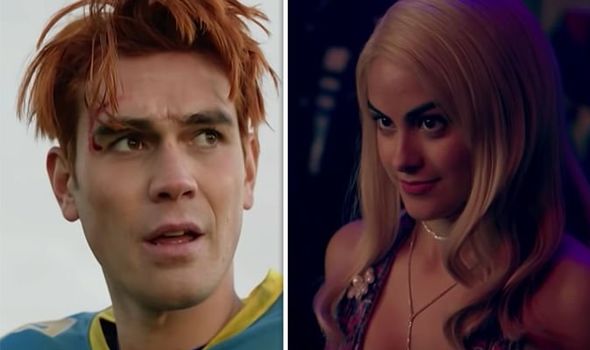 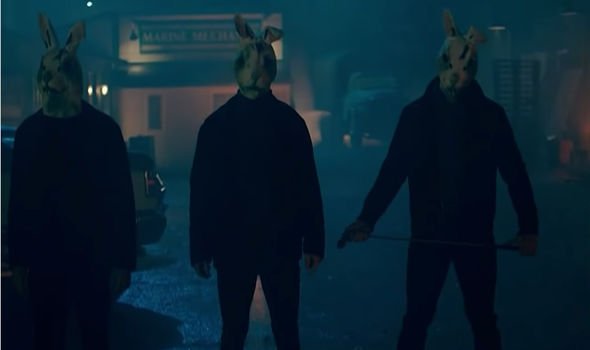 Next, we see four people with rabbit masks on, much like the one Bret wore to scare Jughead.

They are standing outside Archie Andrews’ (KJ Apa) community centre with one holding a crowbar in his hands.

Archie has been focussing so much on getting the centre up and running but it’s good to see in the promo he’s started playing football again.

But the clip is cut short as we then move to Pop’s Chock’lit Shoppe with Veronica talking to Cheryl Blossom (Madelaine Petsch).

She tells her: “That gave me a wicked idea.” 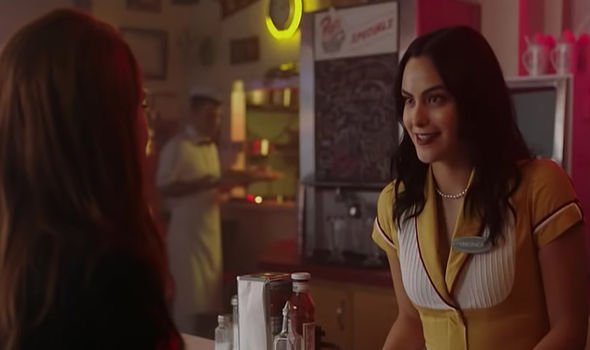 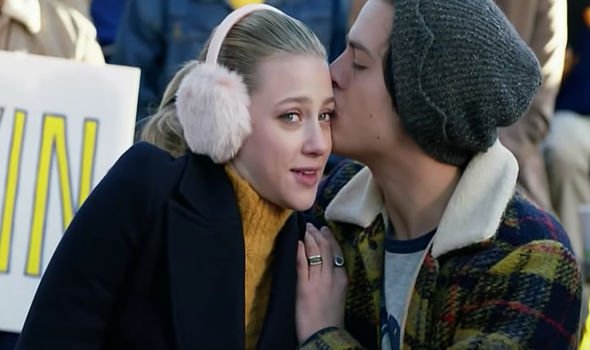 The promo moves to Stonewall Prep where Archie punches Bret to the ground, which seems like it is the beginning of a bigger fight between more of the students.

Following on from this, there is a moment where someone reveals the scars on their arm.

We don’t know the identity of the person who has been harming themselves but we can expect to see an emotional episode where they end up confiding in someone.

Afterwards, Cheryl in her usual sassy tone asks someone: “I’m sorry, am I hallucinating?”

The promo moves on to a scene at what appears to be a pep rally.

We see cheerleaders performing a routine with a loved up Jughead and Betty Cooper (Lili Reinhart) cuddling in the stands while everyone is getting hyped up for a big game around them.

Veronica then ends the promo by saying: “You will not be disappointed.”

But we’re just going to have to wait until the New Year to find out what she is referring to.

Like many popular long-running American shows, Riverdale will be taking a midseason break during the Christmas holidays.

However, there won’t be too long to wait as the show returns mid-January.

During this next stint of season four, we will hopefully find out what is actually happening in the flash-forwards and whether this is actually going to be goodbye to the show’s beloved writer Jughead.

Riverdale season 4 continues on The CW on Wednesday, January 15, 2020.