Cate Blanchett portrays Phyllis Schlafly in Mrs America on BBC Two and FX on Hulu. The series premieres tonight (Wednesday, July 8) at 9pm on BBC Two and viewers are curious to know more about the series main antagonist Phyliss Schlafly. Express.co.uk has everything you need to know.

Who was Phyllis Schlafly from Mrs America?

Mrs America is a dramatisation of the political movement to pass the Equal Rights Amendment (ERA).

The Equal Rights Amendment was a proposed amendment to the US constitution, which would guarantee equal legal rights for all American citizens regardless of sex.

The amendment would end legal distinctions and a result, discrimination, between men and women in divorce, property, employment and other areas of life. 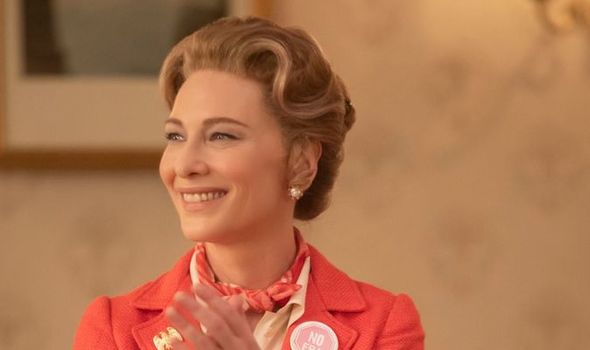 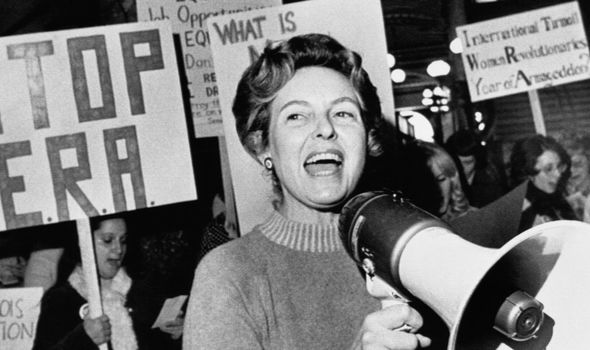 She opposed the growing feminist movement, immigration reform, same-sex marriage, abortion in the United States, while supporting the death penalty and national defense.

Schlafly rose to fame with her book A Choice Not An Echo, which largely supported Barry Goldwater’s 1964 presidential campaign.

Most famously, Schlafly was an outspoken opponent of the ERA and became the lead organiser of the STOP ERA (Stop Talking Our Privileges – Equal Rights Amendment). 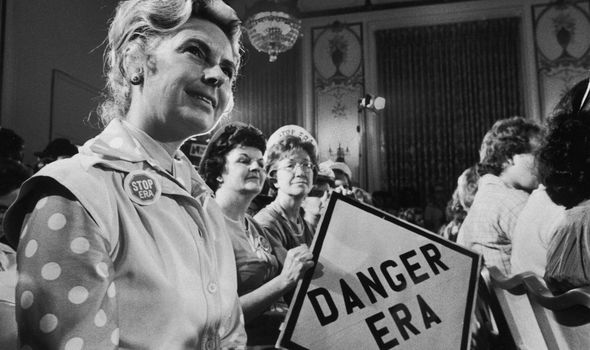 Schlafly was a defender of traditional gender roles, fearing ERA would take away specific privileges enjoyed by women.

She argued the ERA would remove the “dependent wife” benefits under Social Security, get rid of separate bathrooms for the sexes and diminish women’s exemption from the military draft.

Schlafly also believed the ERA benefited young career women and threatened the position of housewives who had no skills.

Schlafly heavily opposed the National Organisation for Women and the women’s issues they fought to resolve. 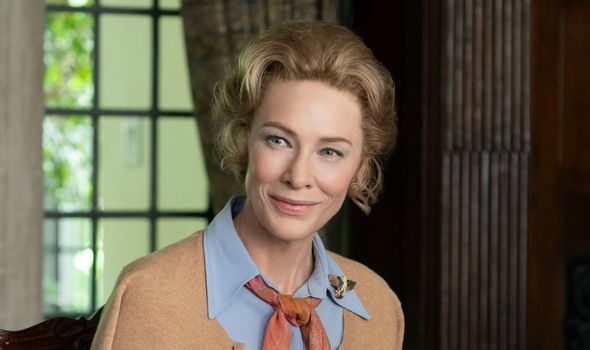 She famously told Time magazine in 1978 she cancelled speeches “whenever my husband thought I had been away from home too much”.

Schlafly also referred to the Roe v. Wade ruling, which legalised abortion in the US, as “The worst decision in the history of the U.S. Supreme Court” when speaking with The Washington Post.

At the time Schlafly began her STOP ERA campaign, 28 of the 38 required states had ratified the amendment.

Seven more states made the amendment but five states rescinded their ratifications.

Sadly, the ERA was defeated, having only achieved ratification in 35 states out of the required 38.

Schlafly remained its chair and CEO until her death in September 2016. She was 92-years-old.