ONLY two Premier League players have made more assists across all competitions this season than Bukayo Saka.

The Arsenal teenager added one more to his tally during Tuesday's 1-1 draw with Leicester City. 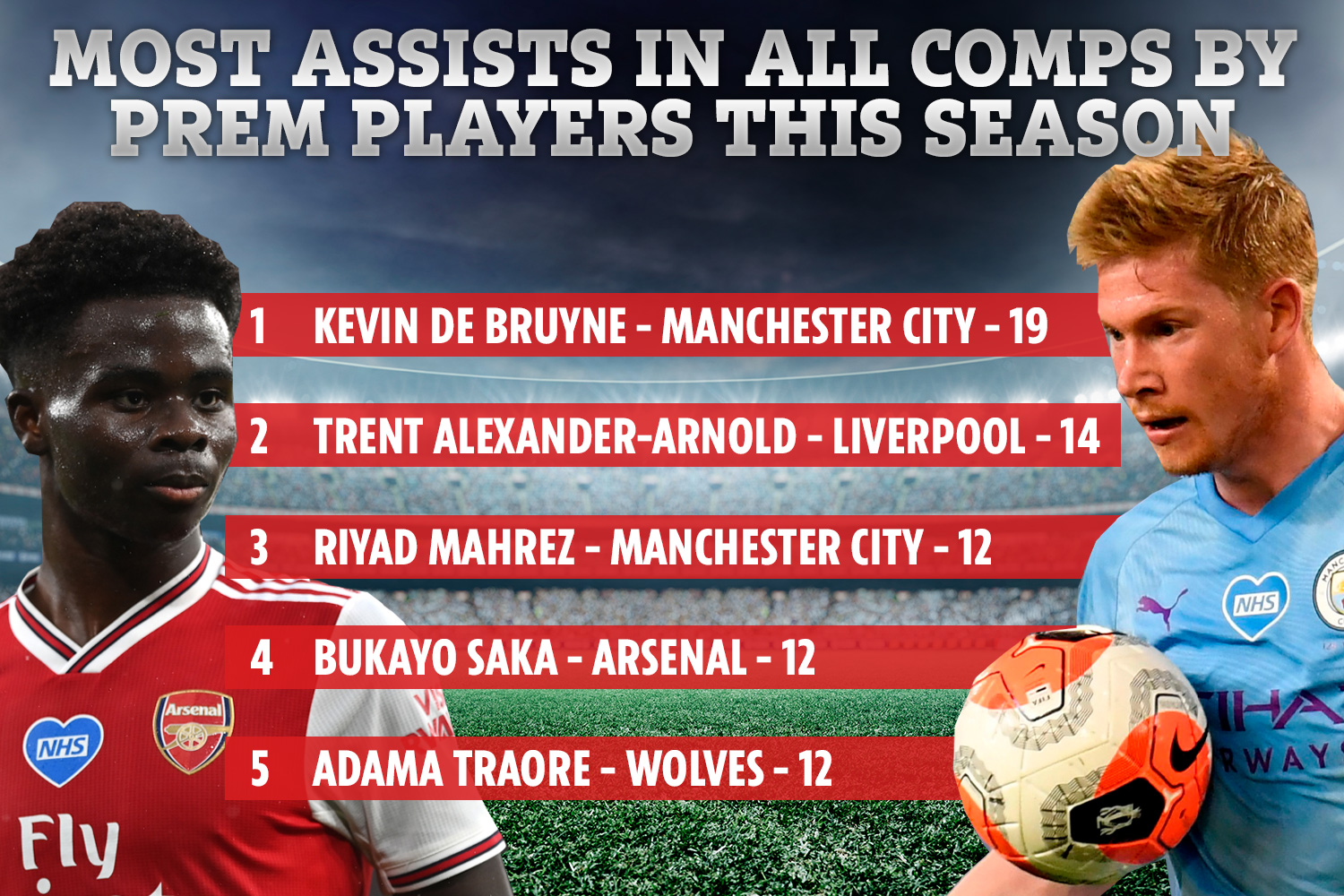 Saka's assist for Pierre-Emerick Aubameyang's goal was his 12th of the campaign.

Trent Alexander-Arnold and Kevin De Bruyne are only top-flight players to have created more goals than him this season.

Liverpool star Alexander-Arnold has chipped in with 14 while De Bruyne leads the race with 19.

Saka has cemented his spot in Arsenal's first-team after progressing through the club's academy.

Since making his debut in 2018, the 18-year-old has continued to impress at the Emirates.

Saka has made 23 league appearances for the North London club during the 2019/20 campaign.

He had attracted interest from the likes of Liverpool, Manchester United and Chelsea.