Phillip Schofield, 57, and Holly Willoughby, 39, were on hand to oversee proceedings on the ITV show today and during the midst of the show, they discussed the big news stories making the headlines with LBC radio presenter Nick Ferrari, 61, and journalist, Nicola Thorp, 31. Discussing an article regarding the empowerment women should feel wearing high-heels, the This Morning show host recalled a memory about his sister-in-law and the dangers of the fashion wear. However, the details of his story left his co-presenter absolutely horrified.

After discussing fashion designer Christian Louboutin’s take on high-heels, Phillip jumped in as he told his co-stars about a horrifying injury.

“My sister-in-law, who actually appeared on this show some years ago, was out and was completely and totally sober in her high-heels, went over to one side” he began.

Going into explicit detail about what happened next, the host added: “The bone of her ankle shot through the side of her foot.”

Sat next to him, Holly squealed: “Oh my God” as she tried to imagine the pain her co-host’s sister-in-law had gone through. 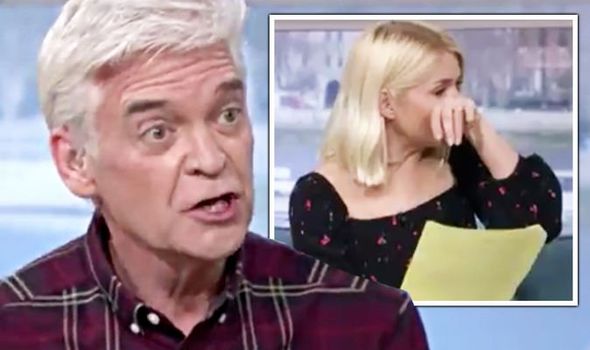 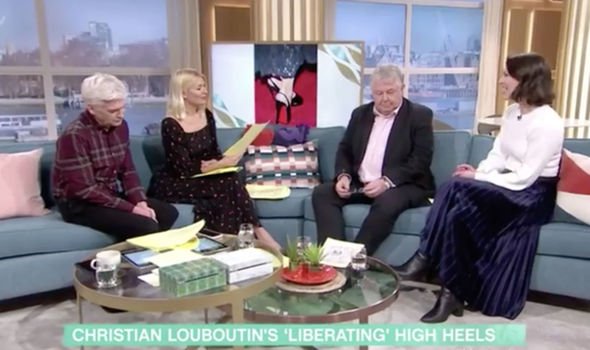 Putting her hand to her mouth, the presenter gagged as Phillip continued to tell their guests what happened after the injury.

The host continued: “She now has a massive great graft on the side of her foot, sort of limited movement in it because of high-heels.”

Whereas Nick seemed unphased by the graphic description, Nicola was a bit more tentative as she replied: “Yeah, I absolutely agree.”

Referring back to the fashion designer, the former soap actress said: “He’s saying he doesn’t think about comfort when he’s designing shoes.” 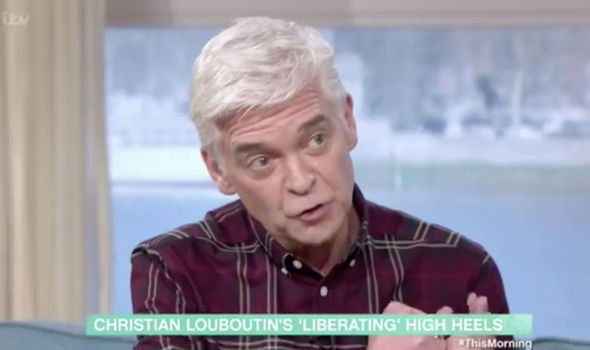 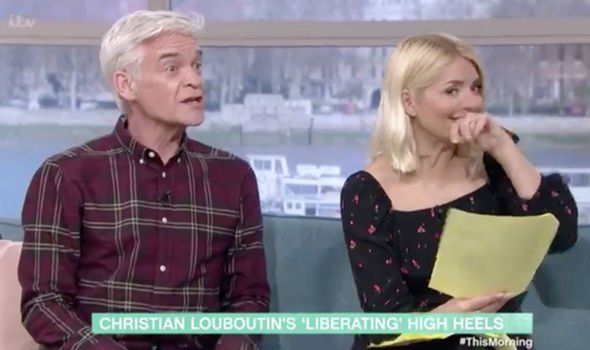 Holly interjected as she responded: “I wear heels, I love wearing heels and I do that for me.”

Her co-host then interrupted as he explained Holly could “run faster than anyone” he’s ever seen in his life in the shoes.

This isn’t the first time his co-star has been left cringing this week, as the presenter made an unfortunate blunder on yesterday’s show.

With the show now half an hour longer thanks to the new ITV Daytime schedule, the hosts play a game each morning to help caller’s win some money.

The segment entitled It’s Behind You sees the presenters try to guess what person or object is picture behind them as callers try to give them clues.

If the hosts give the correct answer, then £50 is added to the accumulating jackpot.

However, when it came to guessing which member of the Royal Family was on the screen, Holly was left hugely embarrassed.

The caller tried to help the hosts as they gave the clue: “He is the next in line for the throne…” with the correct answer being Prince Charles

Though, this left Holly quite confused as she threw out multiple names to try and seal the win.

“William, no, Harry. George!” the presenter declared but failed to get the correct answer, causing her to fall back and throw her arms in front of her face.

Phillip was left in hysterics as she said: “You named practically every member of the royal family.”