The singer ignored his ex Katie Price's "drink-drive" arrest drama to spend some quality time with his doctor other half and their children ahead of his headline Wembley gig. 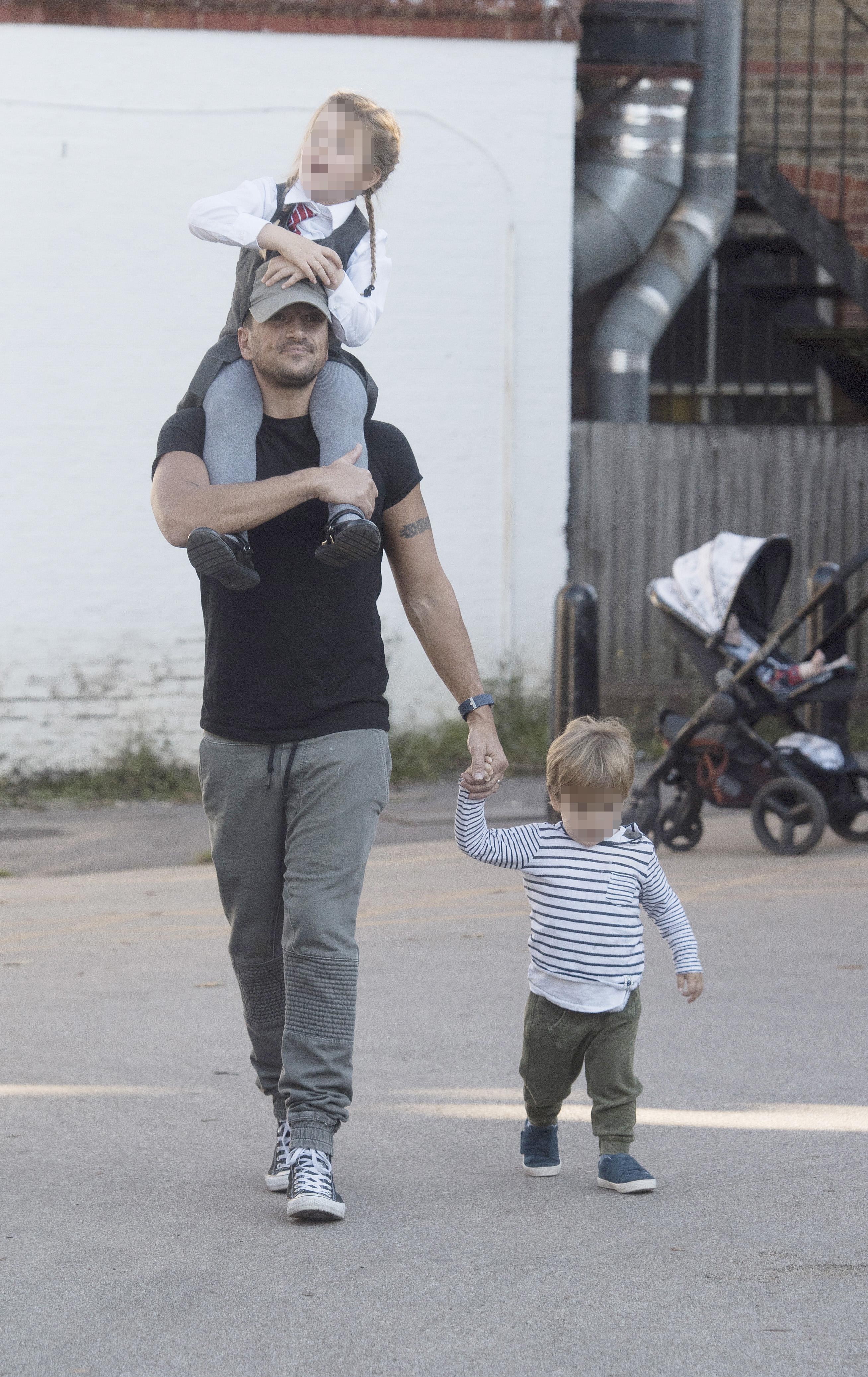 With four-year-old Amelia sitting on his shoulders, the Aussie reality TV star, 45, appeared happy and relaxed.

He also held hands with one-year-old Theodore who walked beside him.

Close by the father-of-four strolled Emily, 29, who looked stylish in a black T-shirt, jeans and sliders.

She was spotted clutching bread and other groceries as they made a quick stop-off at a supermarket. 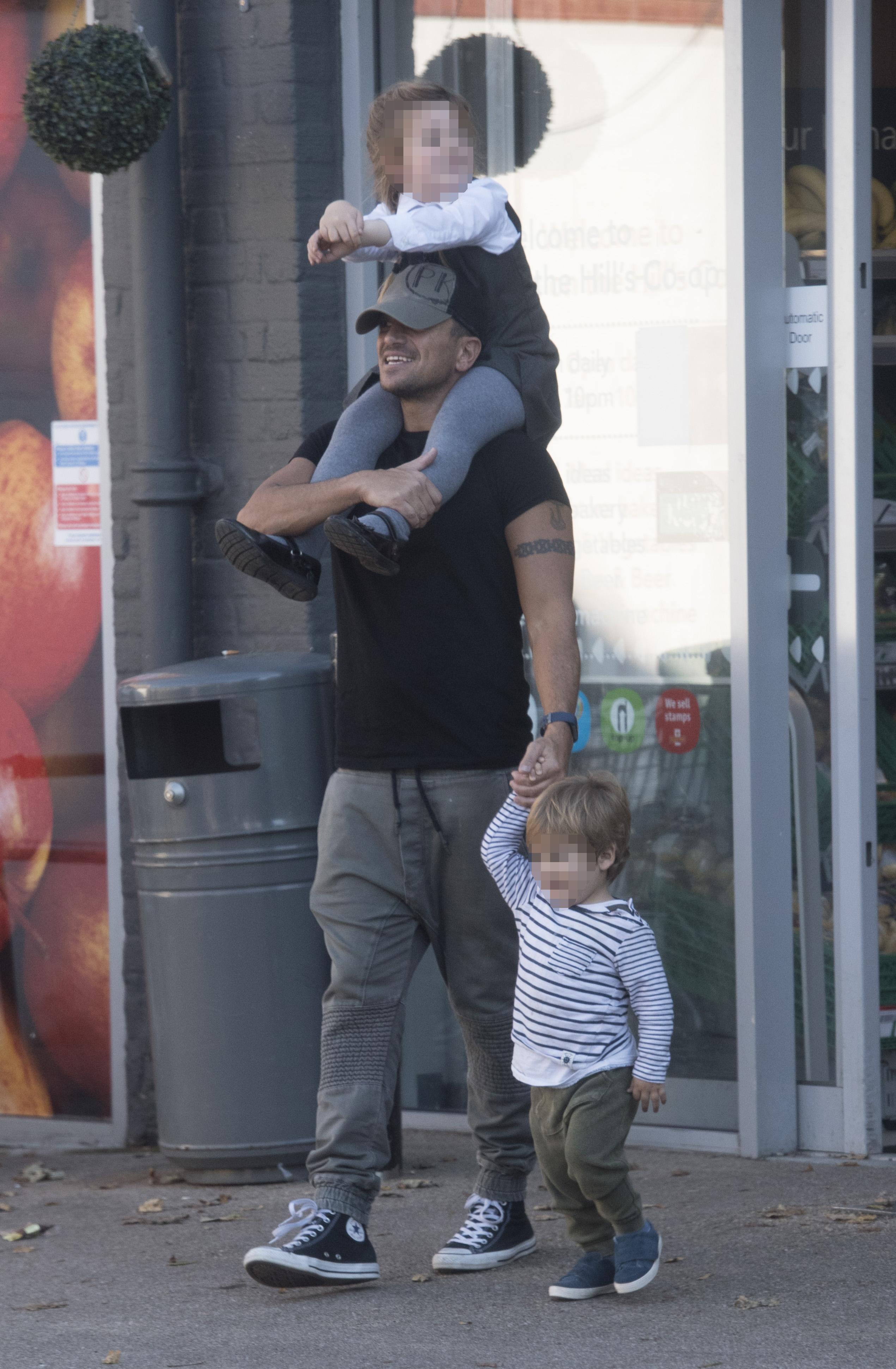 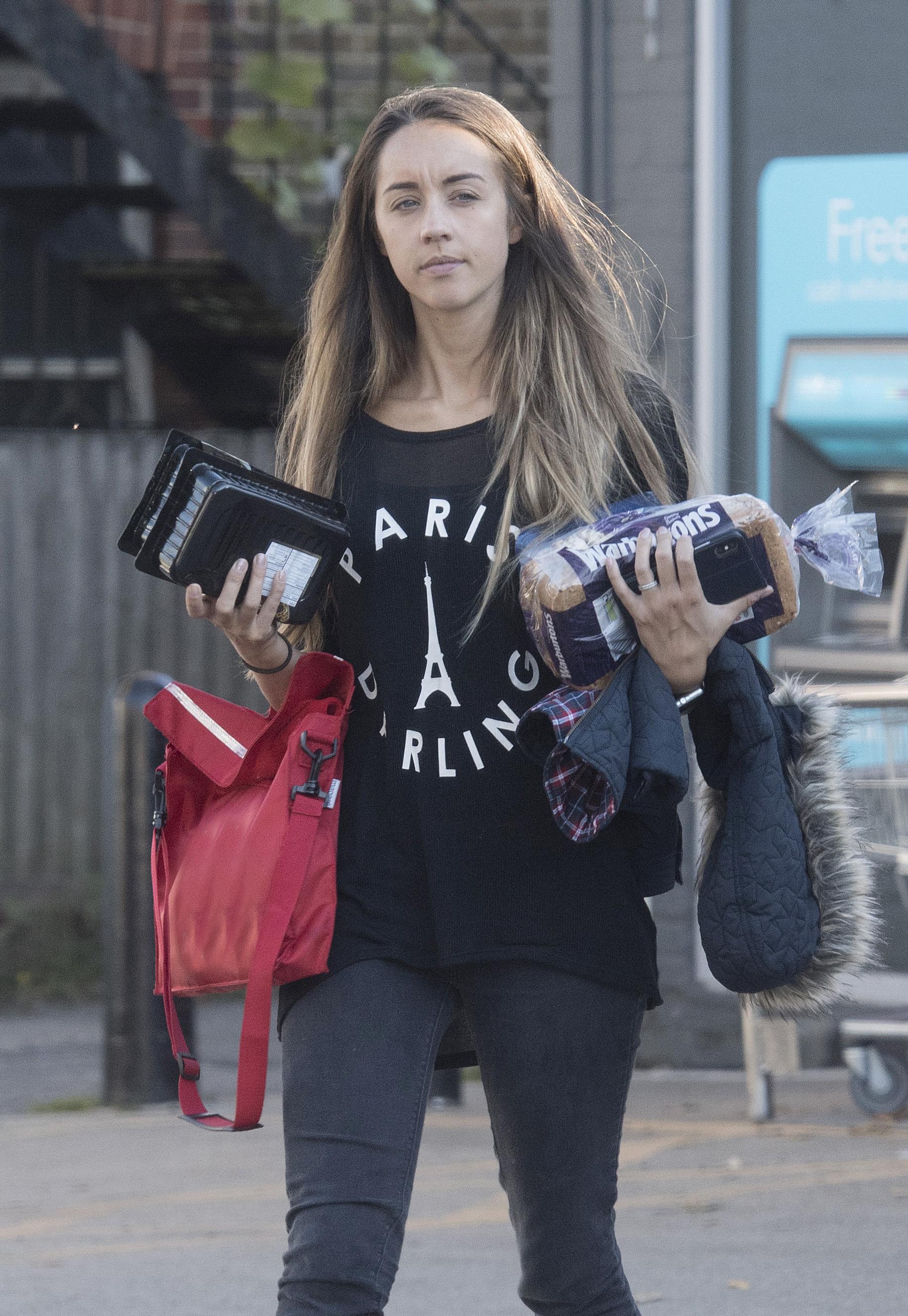 It comes after Peter made no mention of Katie's drama when hit the stage at his Wembley Arena show.

It was his first appearance at the iconic stadium in 21 years, and he delighted fans who couldn't make the show by posting a tiny snippet on Instagram.

Captioning the video, Pete wrote: "What a night. Thank you all so much Wembley." 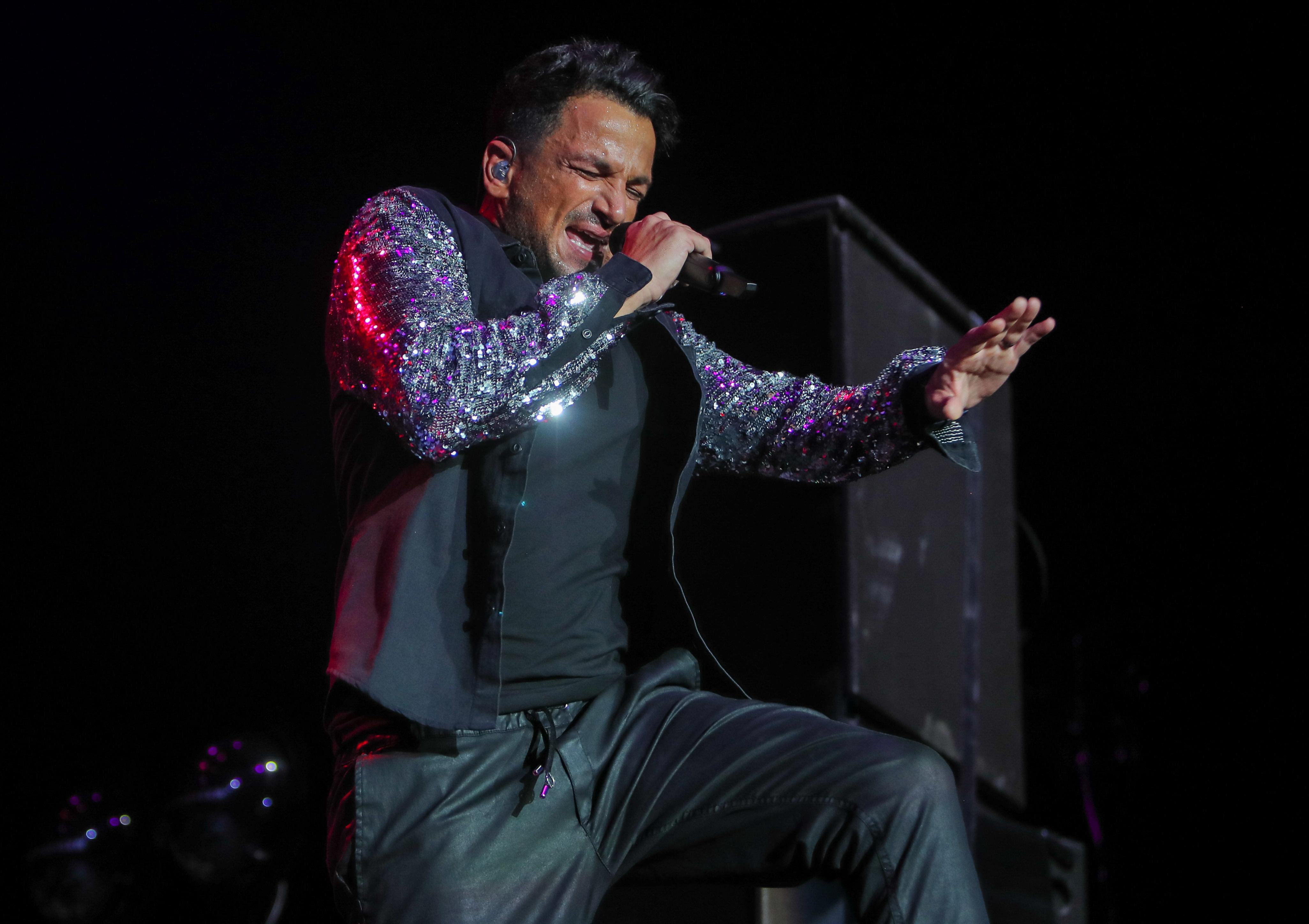 Earlier, he shared a clip from behind the scenes as he rehearsed with his backing singers and band.

It comes after his ex Katie, 40, was arrested on suspicion of drink-driving and spent 13 hours in police custody. 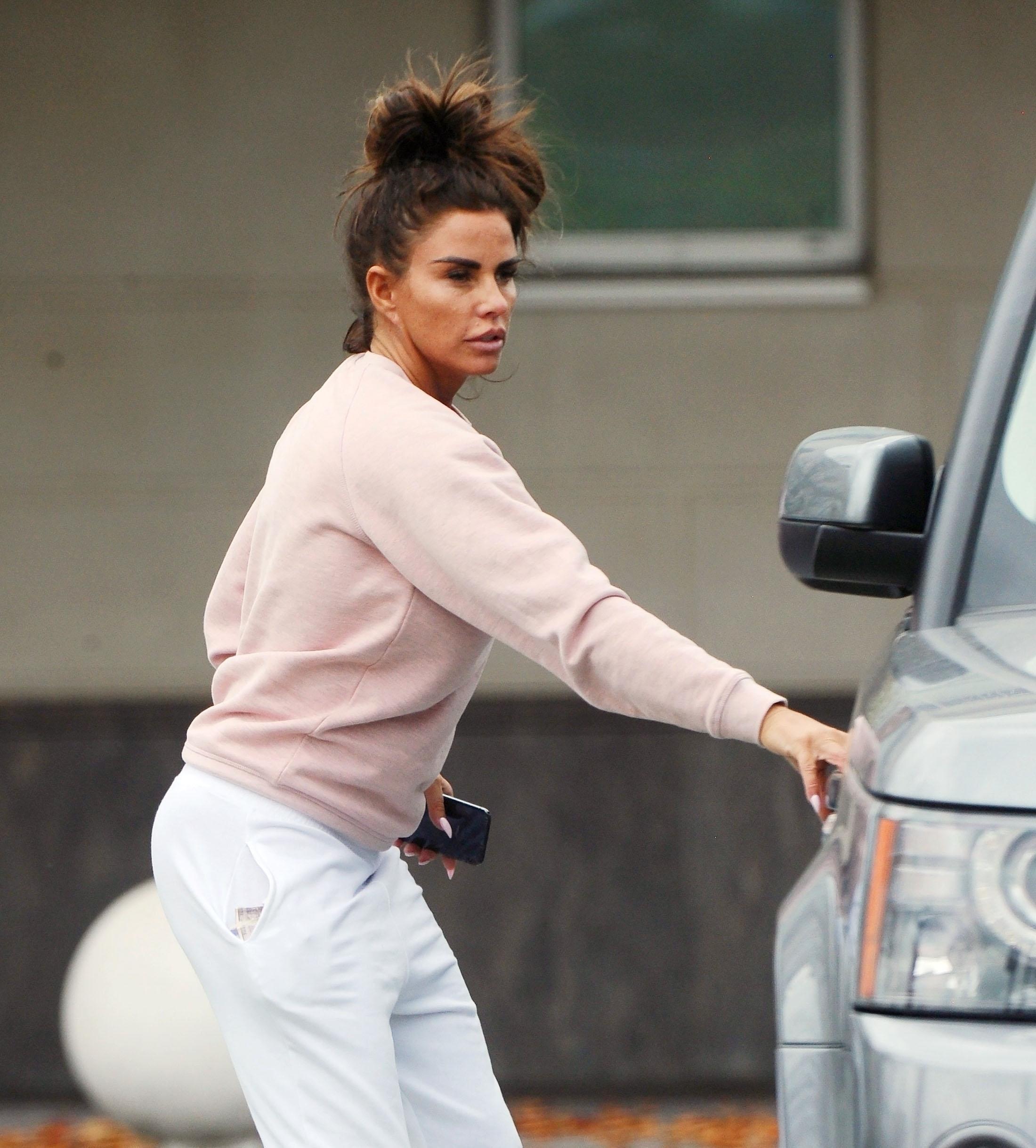 And just hours after news broke that she had crashed her pink Range Rover in south-east London, Peter was back on his social media talking about his up-coming projects.

In the first video, it was just him simply yelling: “Weeeembllleeeyyyy – Wembley arena here we come!”

In a second short video on Instagram he says: “Wearing my Gianni Salvatore… EH.”

Pete shares eleven-year-old daughter Princess and 13-year-old son Junior with Katie, who spent 13 hours in police custody after being arrested on suspicion of drink driving this week.