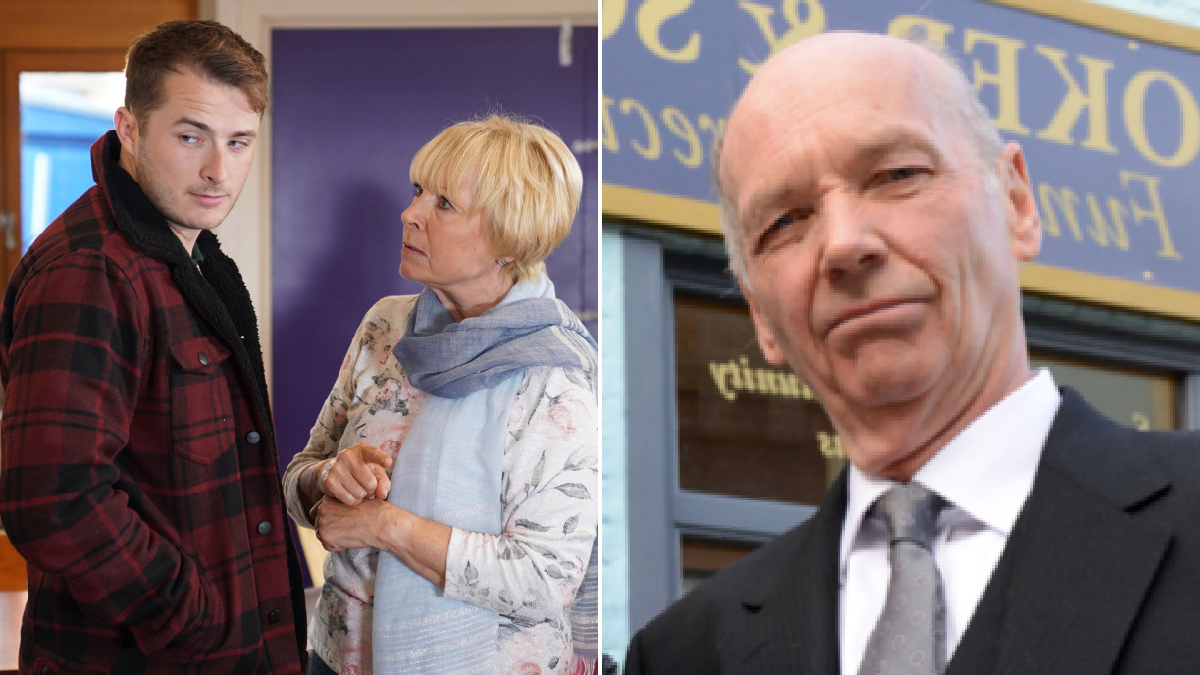 EastEnders fans have been left fearing that Les Coker (Roger Sloman) will be killed off in upcoming scenes.

New spoilers have been revealed that Pam (Lin Blakley), next week, will get in touch with Ben Mitchell (Max Bowden) in order to deliver some news.

What that news is, of course, is not yet known, but viewers have been quick to speculate, with many worried that Les has died off-screen.

‘i don’t understand what news pam has for ben?,’ said one fan, ‘is les dead?’

‘Les is dead ain’t he?,’ pondered one social media user.

Another added: ‘Reckon Les is dead and some of the money in his will is going to Ben, that allows Ben and Callum to move out of the flat.’

Les is dead ainât he? https://t.co/bSCHATv4ee

Reckon Les is dead and some of the money in his will is going to Ben, that allows Ben and Callum to move out of the flat

Les, who ran the funeral parlour, first popped up in Walford in January 2012, when he assisted in arranging Pat Evans’ (Pam St Clement) funeral.

He returned on a more permanent basis over two years later, when he and Pam became main characters of the BBC One soap.

The two mainstays were unfortunately axed in 2016, making their last appearance as a couple the very same year.

Pam has returned for numerous guest stints, the latest in 2019 when she popped by to give Ben some advice regarding his blossoming relationship with future husband Callum Highway (Tony Clay).

The question is: just what is it that makes her reach out to Ben in upcoming scenes?

And will tears be shed?

Pam gets in touch with Ben next week in EastEnders.