Ben Davis’ (played by Tom Pelphrey) short temper was evident right from the beginning of his time on Ozark as fans witnessed his sacking from a high-school following a furious outburst. Wendy’s (Laura Linney) brother’s limited fuse came into play a number of other times in the Netflix series, including an almighty outburst at Helen Pierce (Janet McTeer) which ultimately led to his downfall, but there’s one moment of anger against an innocent bar-goer which seemed rather out of place.

In the eighth episode of season three, Ben’s romance with Ruth Langmore (Julia Garner) had reached new heights with the pair well and truly cemented as a couple.

Combined with the fact Ruth felt Marty (Jason Bateman) and Wendy weren’t reacting in the right way by killing him as revenge, Ben appeared to be the only one who felt Ruth’s pain.

So when he was the one who was responsible for driving her back to work, which happened to be the scene of the crime, and he saw the pained look on her face, Ben’s temper flared once more. 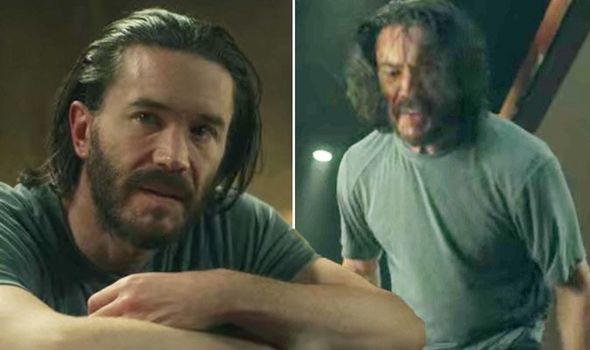 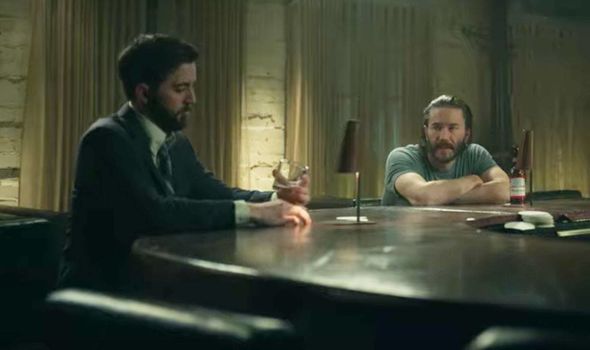 Ben sped to the Kansas City Mob’s headquarters to track down Frank Jr with anger bubbling up inside him.

When he was told Frank Jr wasn’t there, he drove through the property’s barrier only to be hounded away by dozens of the mob’s men.

With the pentup anger inside, Ben decided to head for a drink on his own and sat down at a strange bar.

Moments later, his quiet time was interrupted by an obnoxious suit-wearing businessman who instantly irked Ben by asking to see the bar’s whiskey list. 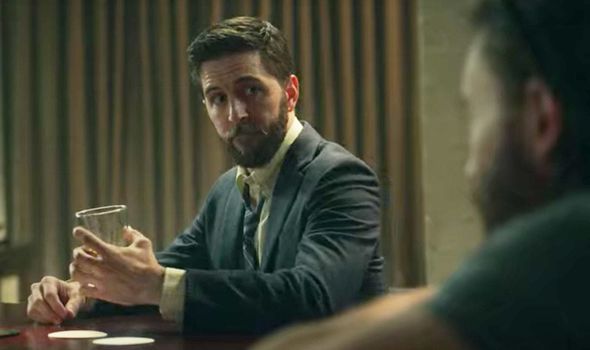 It didn’t take long before Ben saw the man as a target for his rage and before long, he lunged at him in an unprovoked attack, screaming “nice tie m**********r!”

The patron could hardly of expected to have been met with such an attack upon his arrival at the bar but showrunner Chris Mundy has now revealed why it happened.

Speaking about the final three episodes of the season on the podcast Post Play: Ozark to lead star Bateman, Mundy explains: “We wanted to turn the darker side of it and see thing kind of rolling downhill in a bad way.

“And you want to feel that and you wanted to feel that sort of like, his anixiety creeping up and it needed to manifest itself in some kind of scary way.”

Bateman weighs in: “He wanted to do the right thing by defending Ruth and he wasn’t able to do that so he picks this fight with this guys in a bar…”

Mundy continues: “Yeah and it’s partly because everything else is – he’s the same person talking about the craziness but people are acting like he’s crazy,

“But everything he says is kind of real, and he’s off his meds.

“But what he’s saying isn’t wrong about all these things and he has nowhere to put all that.”

Mundy concludes: “So it coming out on some random jackass in a bar seemed right.

“We wanted to play the jackass as deserving but (also) undeserving, we wanted you to feel like it was kind of righteous but also not okay even remotely.”

This certainly was one in a long line of outbursts by Ben which eventually led to him being killed off.

However, there is room for a shock return for Ben following a major clue dropped by Pelphrey in an interview recently.

Ozark is available to stream on Netflix now.