BBC weatherman Owain Wyn Evans has kicked off his 24-hour drumathon to raise funds for Children in Need.

The Welsh broadcaster hopes not to miss a beat during his gruelling drumming challenge for the BBC charity, which he kicked off at 8.35am this morning.

The Welsh broadcaster is performing on drum kits all around Salford’s MediaCityUK, with a main stage area at the BBC Philharmonic Studio. 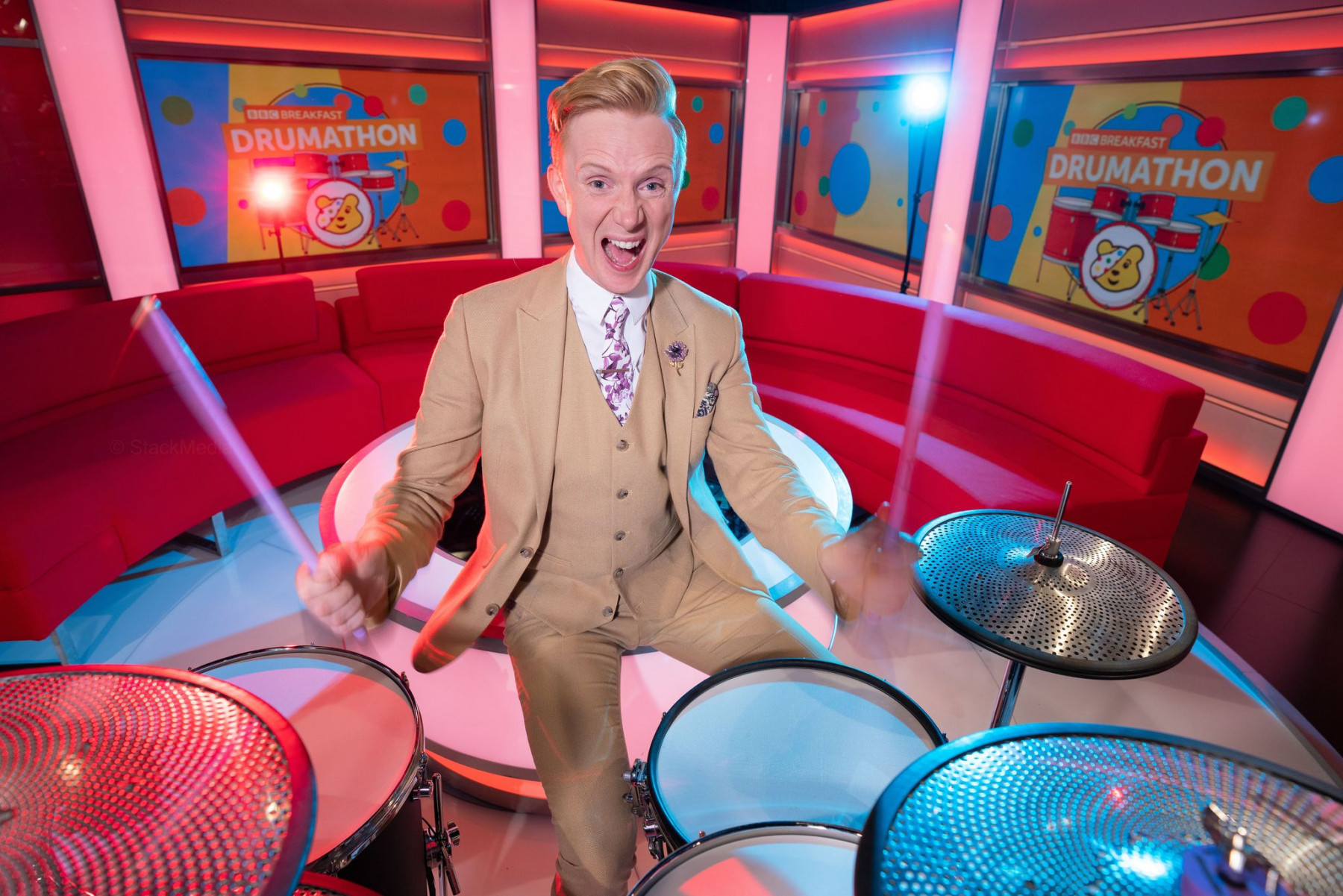 But the 27-year-old isn’t it alone, with musicians from around the UK spurring him on.

Building a wall of sound across the country, celeb support acts including Skunk Anansie and Feeder drummer Mark Richardson will back up Owain and help rally the troops to play with him.

Tonight at 6.55pm, BBC One will host a special performance for Owain’s Big Bang, with viewers across the country egged on to beat any instrument they can find, including pots, pans, bin lids and cardboard boxes.

Owain will also lead the collaborative performance of the BBC’s well-known news theme with an ensemble of 50 drummers.

The star first played the drums in rugby clubs in the South Wales Valleys, and went on to treat viewers to a rendition of that same theme at the end of his weather segment in April last year.

In the past, he has revealed knowing he was gay from a young age, and said that drumming and music helped with the lack of reference point growing up.

Owain explained: “I absolutely love drumming! Over the years it’s helped me so much, it eases my anxiety and brings me so much joy! That’s why I’ve accepted this mammoth challenge.

“I want to help change the perception of who can be a drummer, and support all of the amazing charities and groups that BBC Children in Need helps”.

Fans have taken to Twitter to wish the Welshman luck, with one writing: “Best of luck Owain you will smash it & raise lots money for this great cause”.

Another added: “Go Owain, you’re a star.  You’ll do it lovely guy. We’re all very proud of you”. 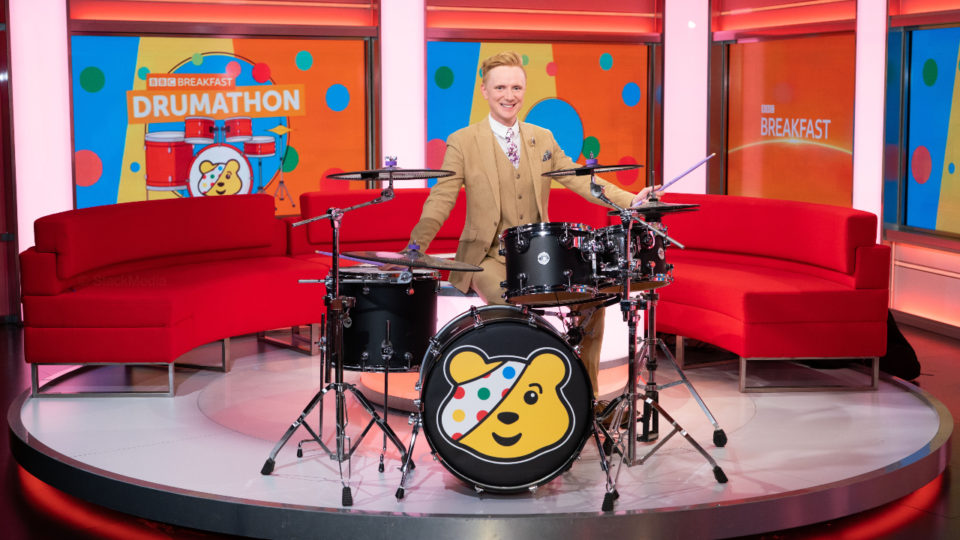 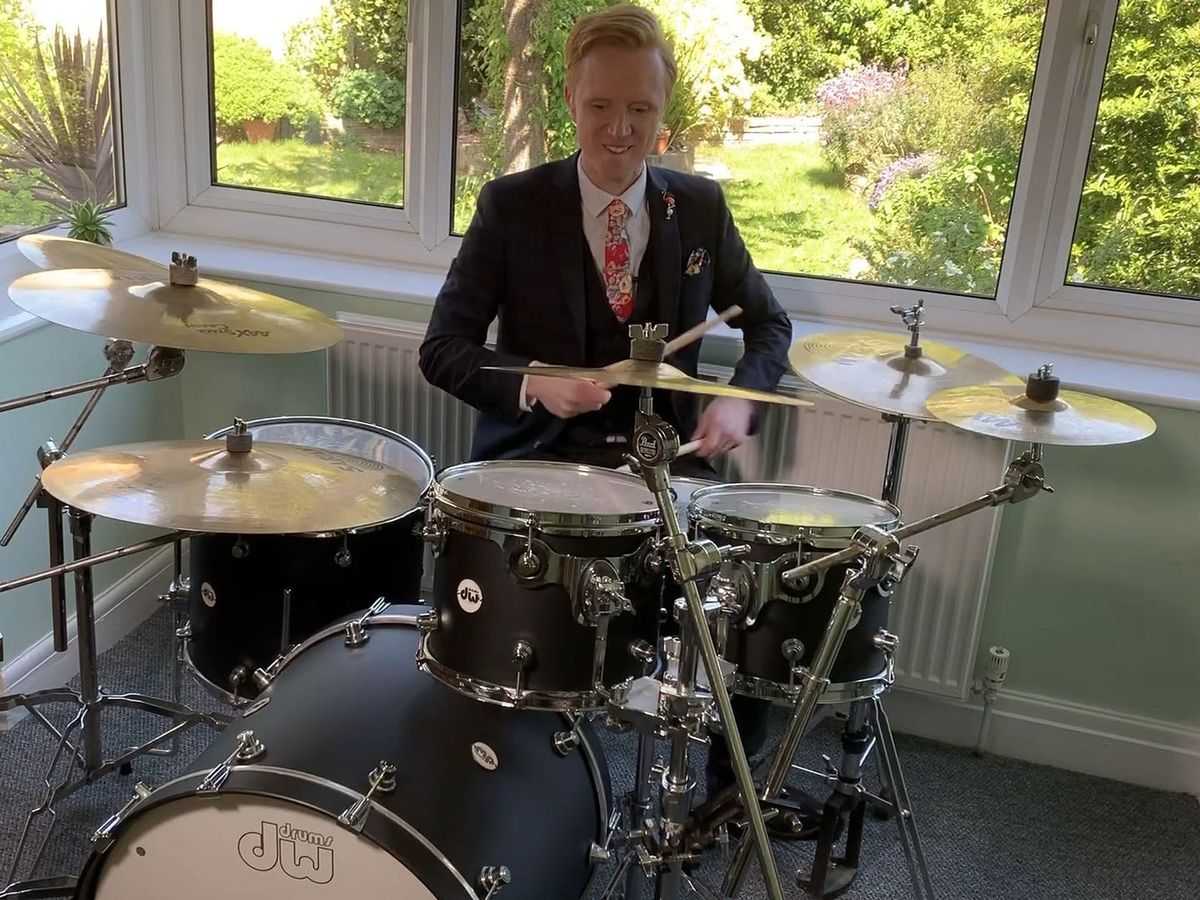 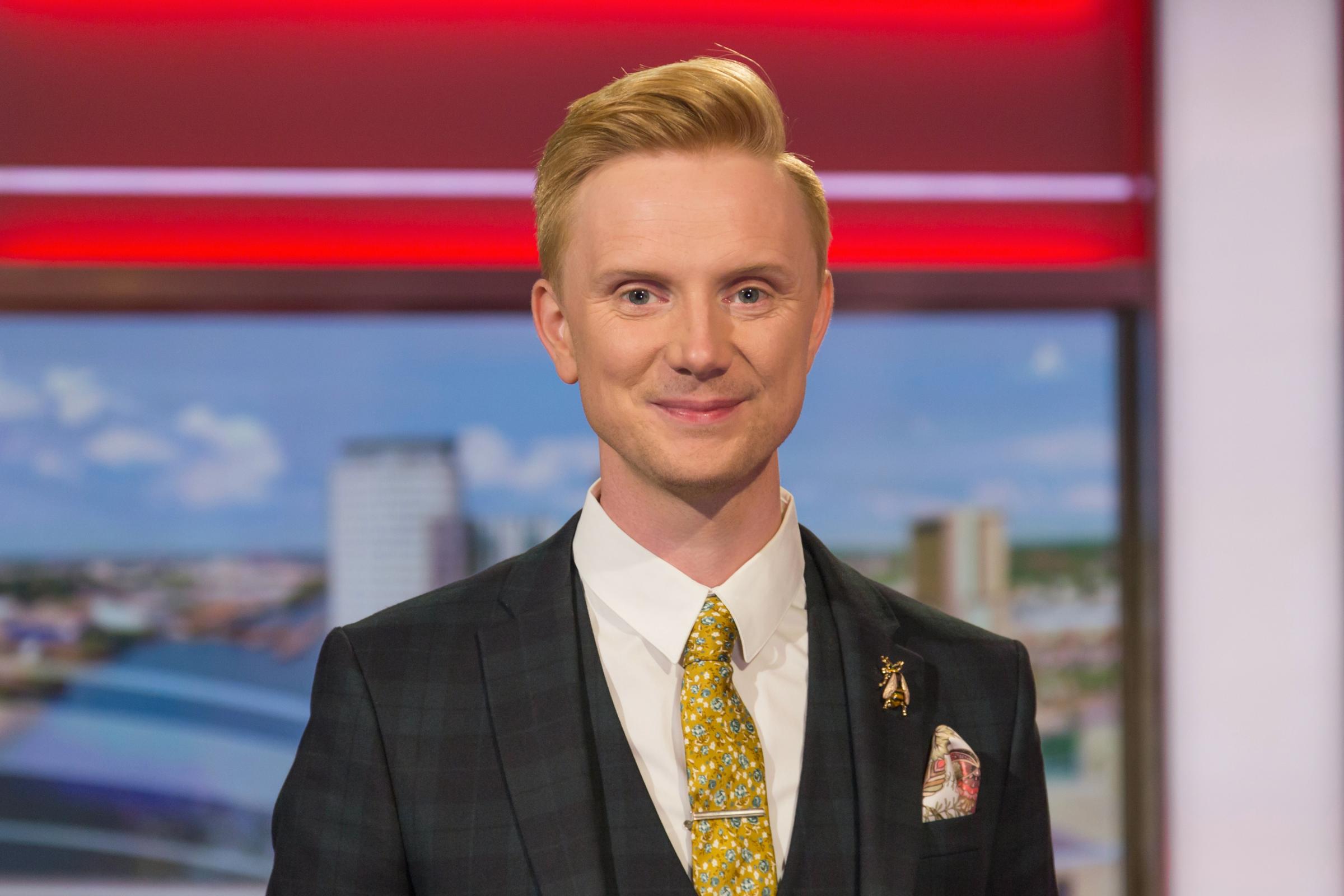