The seventh season of Starz’s acclaimed romantic drama Outlander is currently in production and with a confirmed 16 episodes, viewers should expect the instalment to land on screens in 2023. Ahead of its release Claire Fraser star Caitriona Balfe reflected on season six and praised Mark Lewis Jones’ portrayal.

After almost two years of waiting, fans were relieved when Outlander premiered season six in March.

Like many TV shows in the industry, the instalment had faced major delays due to the pandemic, and its absence left fans to dub the waiting period ‘Droughtlander.’

Even though season six was the show’s shortest instalment with only eight episodes, fans were taken aback by how action-packed they were.

As well as the threat of war, the season introduced a set of new characters including the Christie family. 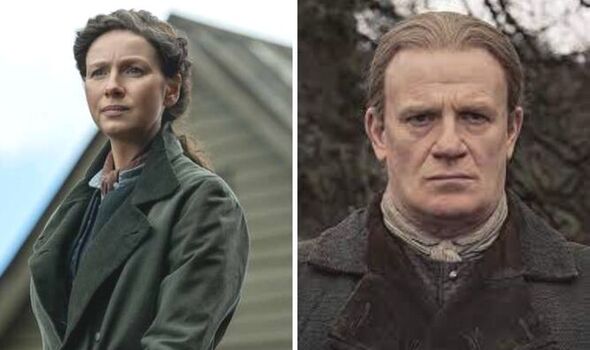 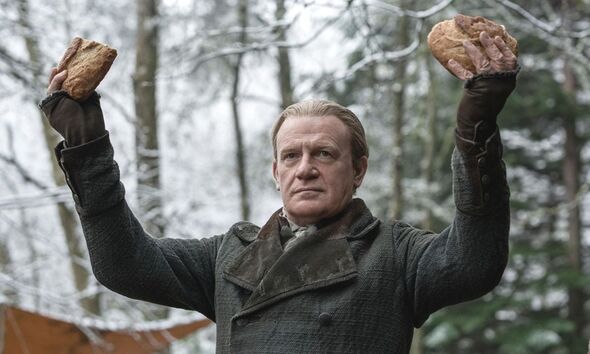 Ahead of their arrival, it was hinted their presence would create tension as Tom and Jamie Fraser (Sam Heughan) had history.

Although it was his first appearance on screen, Tom and Jamie first met at Ardsmuir Prison where they did not get along.

As a strictly religious man, Tom began to cause friction for his judgement, belittlement of women and arrogance. 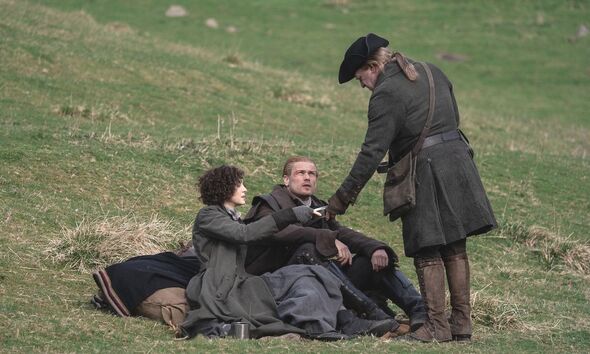 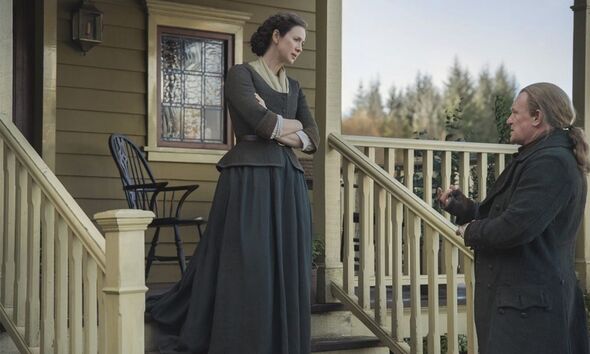 In a recent interview with Gold Derby, Balfe opened up about working alongside Jones and praised him for his portrayal of Tom.

Balfe disclosed: “Working with Mark was fantastic, he is just the most soulful, darling man, he has so much heart, he’s so talented that doing scenes with him you’re just blown away by what he brings to that character.

“That’s the thing with Tom, I love how when Claire first meets him it’s just like ‘who is this annoying, pompous, pious.’”

She continued: “All of the things, like the God-fearing and the shoving the Bible down our throat, hating on women, all of these things.”

Speaking on Tom and Claire’s unexpected bond and connection, Balfe added: “Claire has such an empathetic nature that she can feel the pain that sort of beats under all of that.

“She’s intrigued by him, there’s something, she’s intrigued and I think she knows there’s a much more intelligent and open or accepting person under there like deep, deep under.”

Balfe stated: “She’s just intrigued by him and I think there’s glimmers of his humour.

“Then when he talks about his deceased wife, she can just see there was another path for this man and circumstances kind of changed that.”

The actress hinted: “I think she’s always trying to see the good in people and it gets very interesting in season seven.”

With a new connection formed between Claire and Tom, many fans suggest there may be a romance in the upcoming season.

Even after Malva’s death, Tom stepped forward and tried to take the blame, however, minds were made up and the locals believed Claire was the murderer.

While many are convinced this was a sign of his feelings for her, fans will have to stay tuned to see if their theories are right.

Outlander is available on Starz in the US and on Starzplay in the UK.