Boris Johnson and the Prince of Wales are preparing for talks with Commonwealth leaders at a summit in Rwanda this week. During Thursday’s Breakfast with Eamonn and Isabel, Eamonn Holmes poked fun at the Prime Minister and Charles’ proposed meeting following the Prince of Wales’ recent critique of the Rwanda migrant policy.

Isabel began: “The Prime Minister today is hold talks with Prince Charles in Rwanda during the Commonwealth heads of governments meeting.”

“Do you think Boris will say to him, ‘Oi you mate what are you saying about my Rwanda policy?’”

Isabel replied: “I think they’ll probably skirt around the issue.” 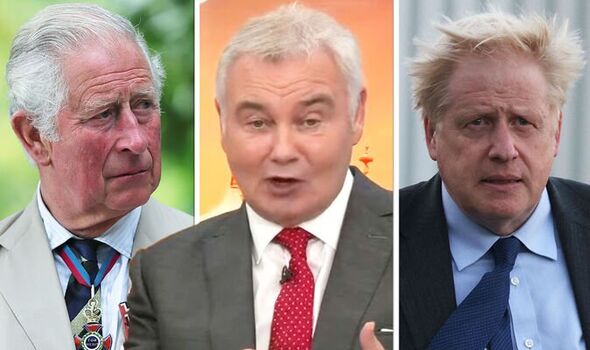 “It’ll be the elephant in the room,” Eamonn remarked.

“They’ll not mention [it] because Charles criticised the Rwanda policy because this is the first time they have met following Prince of Wales’ comments.

“There were private comments he says the Government’s Rwanda migrant plan was appalling.”