Hell hath no fury like Vanessa Woodfield (Michelle Hardwick) in Emmerdale, who makes a thunderous return in upcoming scenes.

The popular character made her final appearance in the ITV soap over a year ago, when she discovered that Charity Dingle (Emma Atkins) had cheated on her with Mackenzie Boyd (Lawrence Robb).

Charity has been a shell of her former self since Vanessa’s departure, but she ultimately struggled to resist the attraction between she and Mack, and soon enough, the pair began a relationship.

They professed their feelings for one another during the October stunt week, and have since become loved up, and they take their union to the next level in upcoming scenes, with Charity admits to Mack that she loves him.

Little does she know, however, that Vanessa has returned, and she’s heard her admission! 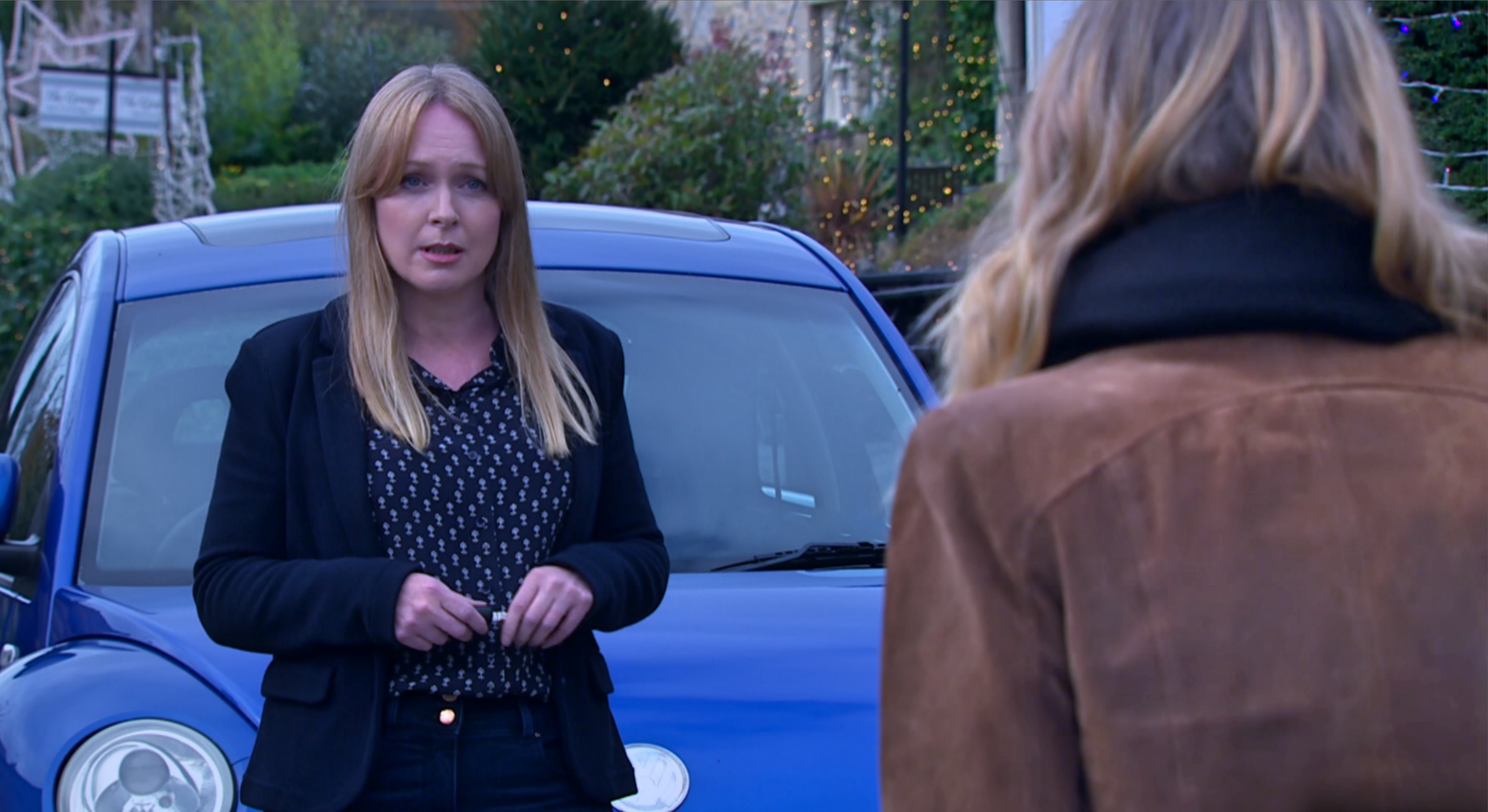 The above clip, taken from next Wednesday’s (December 29) edition of the ITV serial drama, previews the scene in question.

‘She is aware – she’s not daft – that Charity is with Mackenzie,’ Michelle told Metro.co.uk, discussing her return to the soap.

‘Obviously her sister has kept her in the loop.

‘A lot of time has passed, a lot of water is under the bridge. What she didn’t sort of expect is that the first people she saw were Charity and Mackenzie. And not only seeing them – but seeing them declaring their undying love for each other right in front of her.’

‘When you see them in person it’s a reminder of what Charity put her through when she was going through cancer and the treatment. And it’s like “wow, OK”. And the first thing she sees is those two rubbing her nose in it.’

Emmerdale airs these scenes Wednesday December 29 at 7pm on ITV.