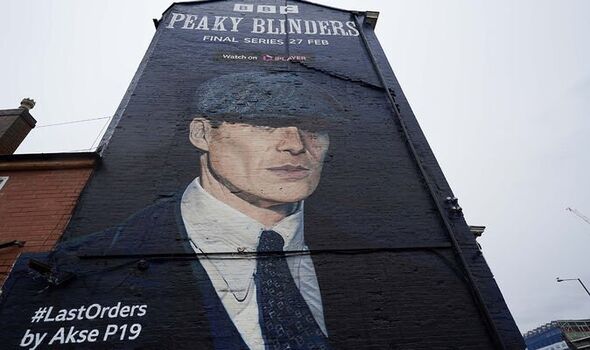 The BBC One show follows a notorious crime family’s rise after the First World War.

The image, paid for by the BBC, was completed over seven days by artist Akse P19, who also did the mural of footballer Marcus Rashford in Manchester last year.

The upcoming sixth series will be the first without Helen McCrory as matriarch Polly Gray after the star died of cancer last April.

Thomas Shelby actor Cillian Murphy told Esquire magazine earlier this year: “She was a dear, dear pal and she was the beating heart of that show, so it felt very strange being on set without her.”