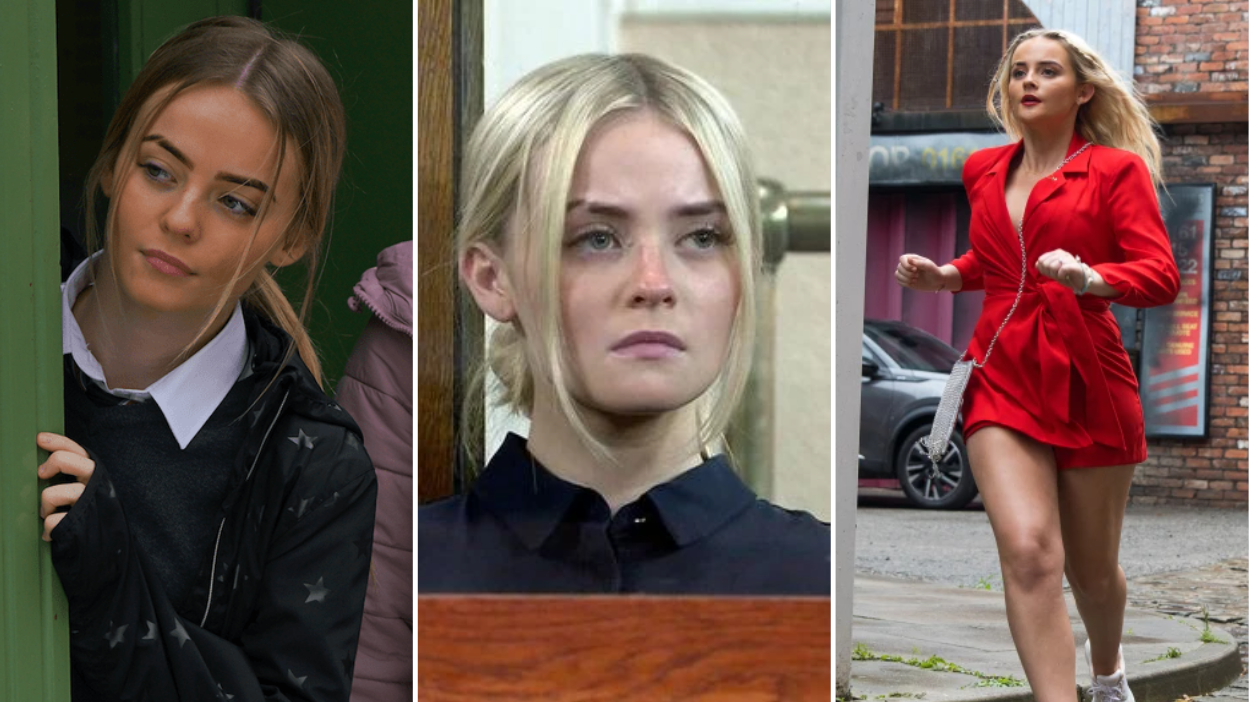 Having been at the centre of some dramatic and hard-hitting storylines over her years on Coronation Street as Kelly Neelan and winning the hearts of Corrie’s audience, it was something of a surprise when Millie Gibson announced that she was leaving Weatherfield.

Millie told us that it was simply a case of wanting to see what else was out there for her as an actress.

‘I have no responsibilities – I don’t have kids, I don’t have a mortgage to pay or anything like that, I’m still grateful to be living at home,’ she explains. ‘So I thought I’m just going to see what else the world has. If it does, it does – that would be quite good, wouldn’t it? I just thought I might as well see what happens while I’m still young.’

It wasn’t a decision she took lightly, as she was very much enjoying her time on the soap. ‘Corrie is a home. It’s the best way of describing it, it’s a home,’ she says.

‘Because I’m so young I thought I’ve got to leave. It was a decision where it would always be in the back of my mind if I didn’t make it, so I had to just go with it and see what happens.’

‘It was one of those times where I just had to make the decision for myself and go with it and hope for the best.’