The Beatles split up in 1970 just after they released their final album, Let It be. The Fab Four then all went their separate ways and began working on solo music. George Harrison released his seminal album All Things Must Pass in late 1970. And a year later, he began working with John Lennon on the star’s second studio album, Imagine.

Lennon ultimately released Imagine on September 9, 1971. It was a smash hit on the charts and reached number one in both the UK and USA album rankings. Imagine has also since been voted 80th in Rolling Stone’s list of 500 Greatest Albums of All Time.

Harrison did not have completely fond memories of working on the record, however. He was brought on board to contribute some guitar on a few hits across the ten-track album.

The Quiet Beatle performed on “Gimme Some Truth,” “I Don’t Want To Be A Soldier,” “How Do You Sleep?,” “Oh My Love,” and “Crippled Inside.”

When he first went into the recording sessions, Harrison had some anxiety about getting into a tight room with his friend and former bandmate. 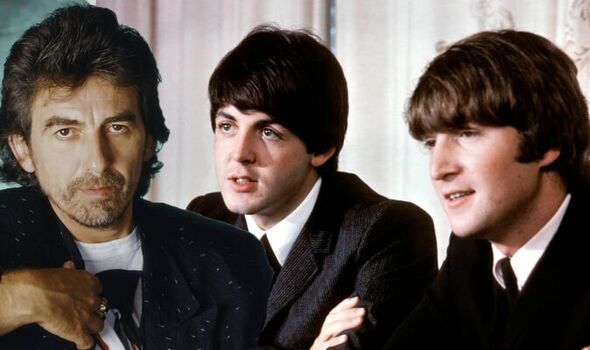 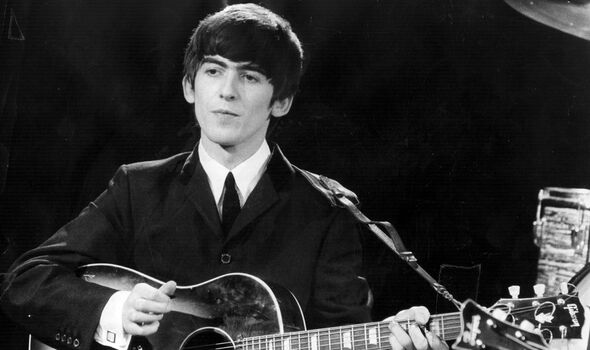 Harrison told all in 1987 to Timothy White for Musician Magazine, where he confessed: “[Working with Lennon] was nerve-wracking, as usual.”

The musician noted how he had previously worked on Lennon’s single “Instant Karma” with no issues, and he wanted to work on his new music as well. But The Beatles’ split was still a raw subject between the band. And Harrison didn’t know if Lennon would angrily refuse his request.

“At that time [it was] very strange,” he confessed. “Intense feelings were going on. Sometimes people don’t talk to each other, thinking they’re not going to be the one to phone you up and risk rejection.” 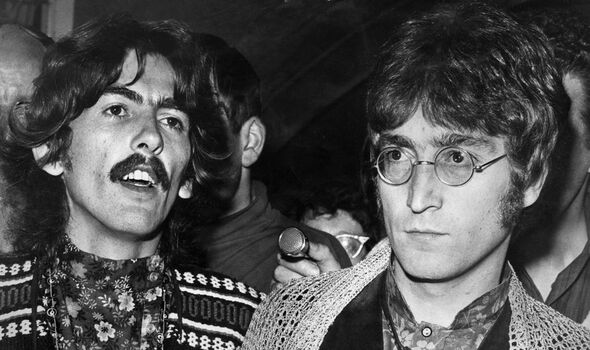 Watch the first clip from The Beatles: Get Back

Harrison recalled: “With John, I knew [longtime Beatles friend] Klaus Voorman, the bass player, so I could at least ask what was going on over at his little eight-track studio in his house at Tittenhurst Park, and see how Klaus was doing.”

Before long, Harrison’s plan worked. Lennon eventually said to him: “Oh, you know, you should come over.”

Harrison went on: “So I just put me guitar and amplifier in the car. I turned up and he was openly pleased I came.” (sic)

Although the guitarist was previously wracked with nerves about hanging out with Lennon, he later recalled something important about their close friendship.

In 1989 Harrison noted that, despite what hardships he endured with Lennon, they would always remain friends. And this was true even after The Beatles split.

He said: “But John, you know, he was a good lad, he was – there was a part of him that was saintly, that aspired to the truth and great things. And there was a part of him that was just, you know… a looney! Just like the rest of us! And he had his mood swings and that, but he was basically very honest. If he was a b*****d one day, he’d say: ‘Ah well, f**k that, you know, I’m sorry, I was wrong.’ And he’d just deflate any feeling you had against him, any negative feeling.”

Harrison then teased that he felt differently about another member of his band. Could he have been talking about Paul McCartney?

Harrison said Lennon treated conflict between friendships “unlike some other people”.

Harrison later spoke about Lennon’s song “How Do You Sleep?” which was a scathing track pointed at McCartney. He said: “I enjoyed ‘How Do You Sleep?’ I liked being on that side of it with Paul [chuckles] rather than on the receiving end.”