Mike Parry blasted Asda in a scathing rant about its lack of dress code in an interview on The Jeremy Vine Show today.

The journalist and radio presenter appeared on Mr Vine’s Channel 5 show, saying he would boycott the supermarket after he discovered it doesn’t have a dress code, following reports of two shoppers entering a store wearing pyjamas last week.

Mr Parry, 67, argued nightwear and dressing gowns can harbour bacteria and dust, which he feels would be unpleasant to share with other shoppers.

Speaking on the programme, Mr Parry added: “You told me this was an Asda store. I won’t be shopping at Asda anymore if they say they haven’t got a dress code.

“Don’t they understand that if people go into a supermarket in pyjamas and their dressing gown, they are carrying the detritus of 24 hours of a human being?

“You are talking about the most disgusting and filthy things… Hair has come out of your head and it’s on your pyjamas, you lean over to pick something out of the freezer and that flakey skin, that piece of hair, that detritus and dust and filth off your dressing gown goes into that freezer.

“It should be banned.” 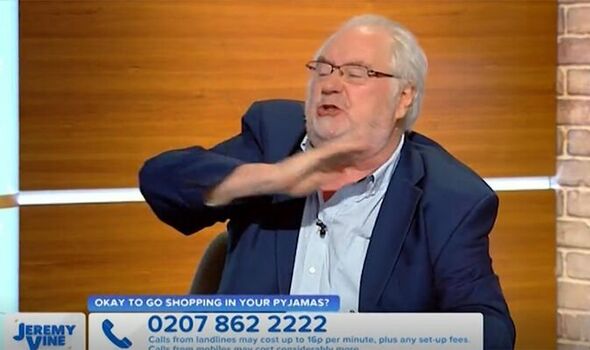 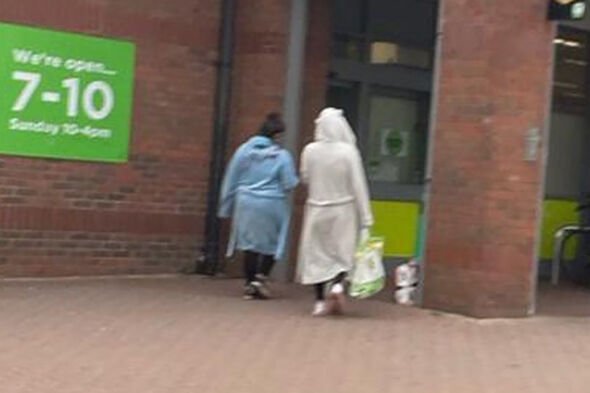 Mr Parry appeared alongside political activist Femi Oluwole, 32, who disagreed with his argument.

The political commentator joked Mr Parry’s “bed must look like a crime scene” in response to the rant.

A photo of two Asda shoppers in Hull was shared widely on social media last week, prompting a debate among customers.

The woman who took the picture said: “If you are still in your pyjamas at that time of day that’s your business but to go to the shops like that is just bizarre. I would be mortified if someone saw me out and about in my pyjamas. They didn’t even look embarrassed or anything.”