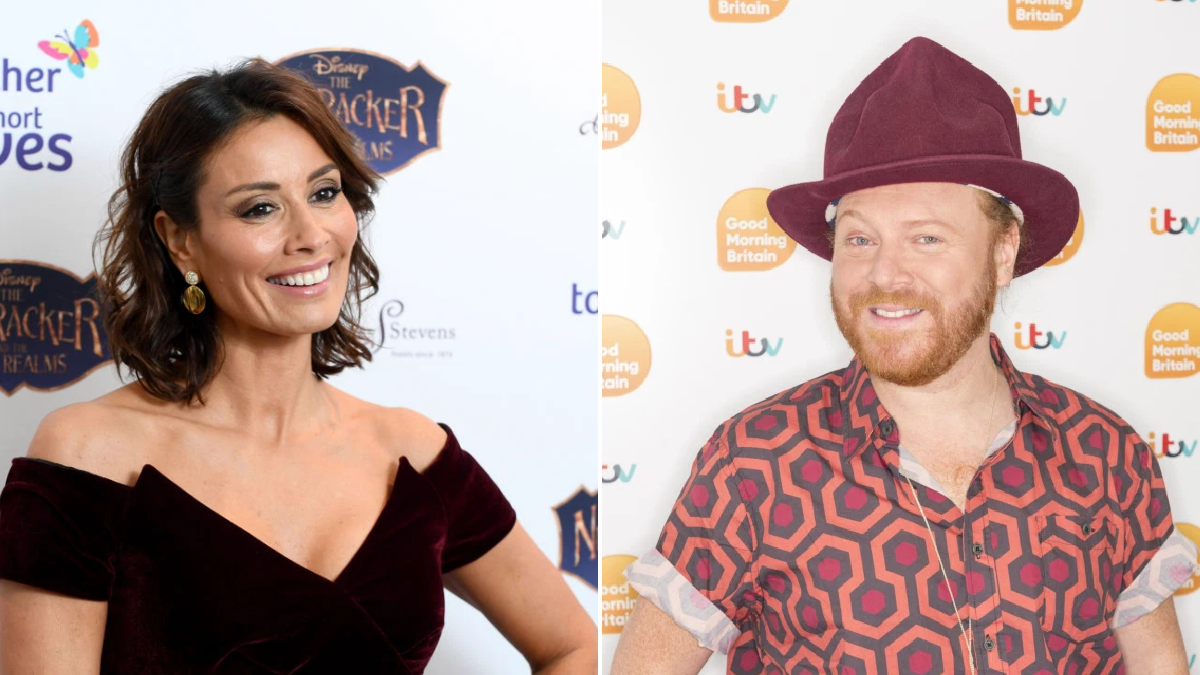 Melanie Sykes has said she was reduced to tears after Keith Lemon ‘used her to entertain the audience’ during an episode of Through The Keyhole.

The 50-year-old presenter ‘cried all night’ due to an alleged barrage of lewd comments from the host, real name Leigh Francis, following an appearance on the show in 2018.

‘I had Jonathan Ross to my right and Ashley Banjo to my left and the first thing that Keith said to me, in character: “I bet your a*sehole smells of flowers”.

‘It makes me want to cry right now because I was so caught in the headlights and wasn’t expecting it.’

Melanie wanted to walk out but knew it would reflect badly on her.

‘It went from bad to worse, I kept thinking, “What am I going to do?”’ she continued.

‘I can’t get up and storm out because it will be all over the newspapers that I’ve walked out and it will of course be my fault, everybody in the audience has a mobile phone so they could see.

‘So, for three hours I struggled through that. I got home and I cried all night and I rang my agent in the morning and told him.’

Melanie added that she also called the production company Talkback to tell them about her ‘terrible experience’ and they allowed her to be a part of the editing process.

They also said no one had complained about Keith before.

The former Let’s Do Lunch host hit out at the Keith Lemon character for being able to ‘give voice to men in the street, men in the office, men in your home, to talk to women like sh*t and think it’s funny.’

‘I want respect, I deserve respect, I respect everybody else,’ she said.

This isn’t the first time Melanie has taken a swipe at Keith.

Last year, she expressed she felt ‘sorry for British men who have adopted the limited vocabulary of the television character Keith Lemon when talking about and to women.’

‘I would be surprised, and indeed it would be a miracle, if any of these men are actually getting laid,’ she added.

Keith fired back at Melanie’s comments on an Instagram Live.

‘Well if anyone’s watching and you have a limited vocabulary, you can still win two Baftas and two NTAs,’ he said.