The blonde beauty has already won over her fans from her appearance on Love Island, but her modelling days saw her gain thousands of followers already.

With an influx of sexy selfies, Lucie Donlan was a favourite from the get-go, and she certainly knows how to turn heads.

In a series of snaps from 2018, Lucie was posing with her surf board in Cornwall after stripping down for the steamy shot.

Posing in true Baywatch fashion, the bombshell was seen running through the sea clutching onto her board in a teeny bikini.

The pink string two-piece highlighted her assets as the beauty struggled to contain her bulging chest.

With her cleavage pushed to centre stage, Lucie risked major overexposure in the raunchy shot.

Her bottoms were tied together by a piece of string as the surer flaunted her pins in the mind-boggling shot.

Flashing her sun-kissed skin, Lucie looked every inch the sexy siren as she ran out of the sea. 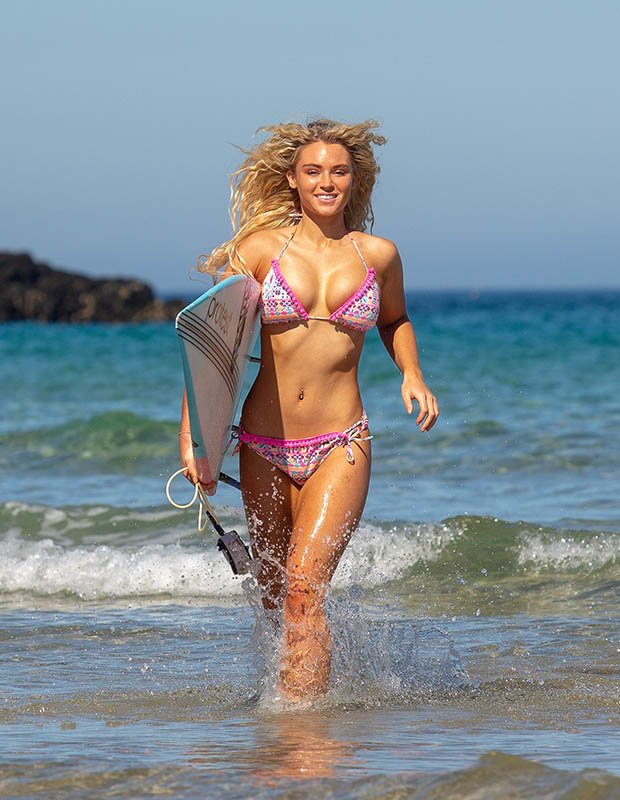 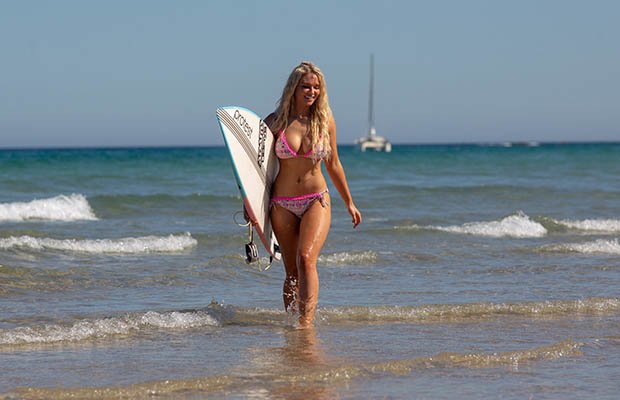 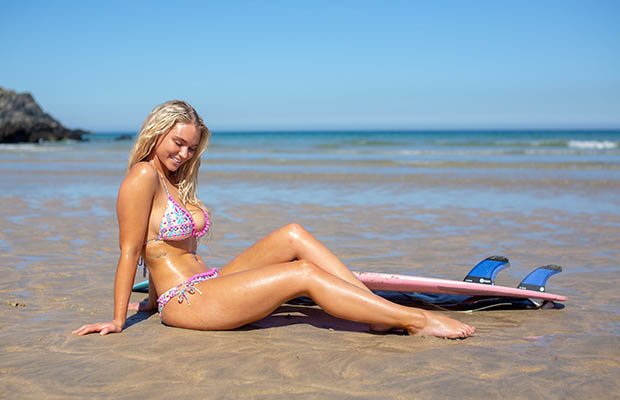 Her long curls flew backwards as she ditched makeup for the breathtakingly natural display.

The babe was shot in a series of snaps, ranging from running across the beach to posing on the sand.

In one of the mind-blowing snaps, Lucie was struggling to keep her assets under wraps as her chest almost fell out of her bikini top.

However, the beauty didn’t seem to mind and continued to pose carelessly on the beach. 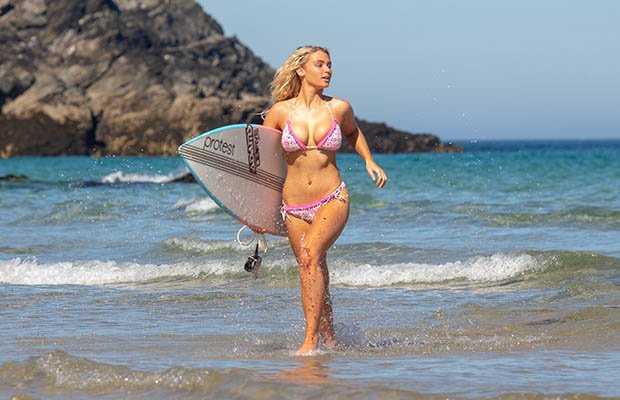 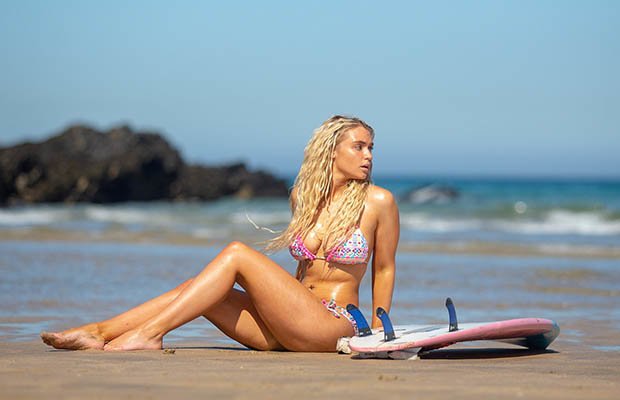 Aside from her modelling days, fans have been loving Lucie’s personality in the villa.

Although she’s proven to be a controversial character, most fans are hoping for her happiness.

The babe has been left in tears most nights and it’s likely they’ll keep coming, with Lucie’s man Joe Garratt getting dumped from the villa.