The stylish presenter updates her 6.6million followers on her fashion choices before she appears on the ITV show.

However, it looks like Holly is taking inspiration from the soap opera with her most recent dress as she wears something strikingly similar to Lisa Riley's character Mandy Dingle.

Lisa shared a side-by-side of Mandy and Holly on her Instagram, with the caption: "This has been the highlight today…

"we could be a new girl group #thepearlyqueens I wouldn’t have thought #holly would be #shopping in Hotten for her #clothes ??? #fashion #styleicon #lockdown #tv #emmerdale just a laugh ???#laugh" 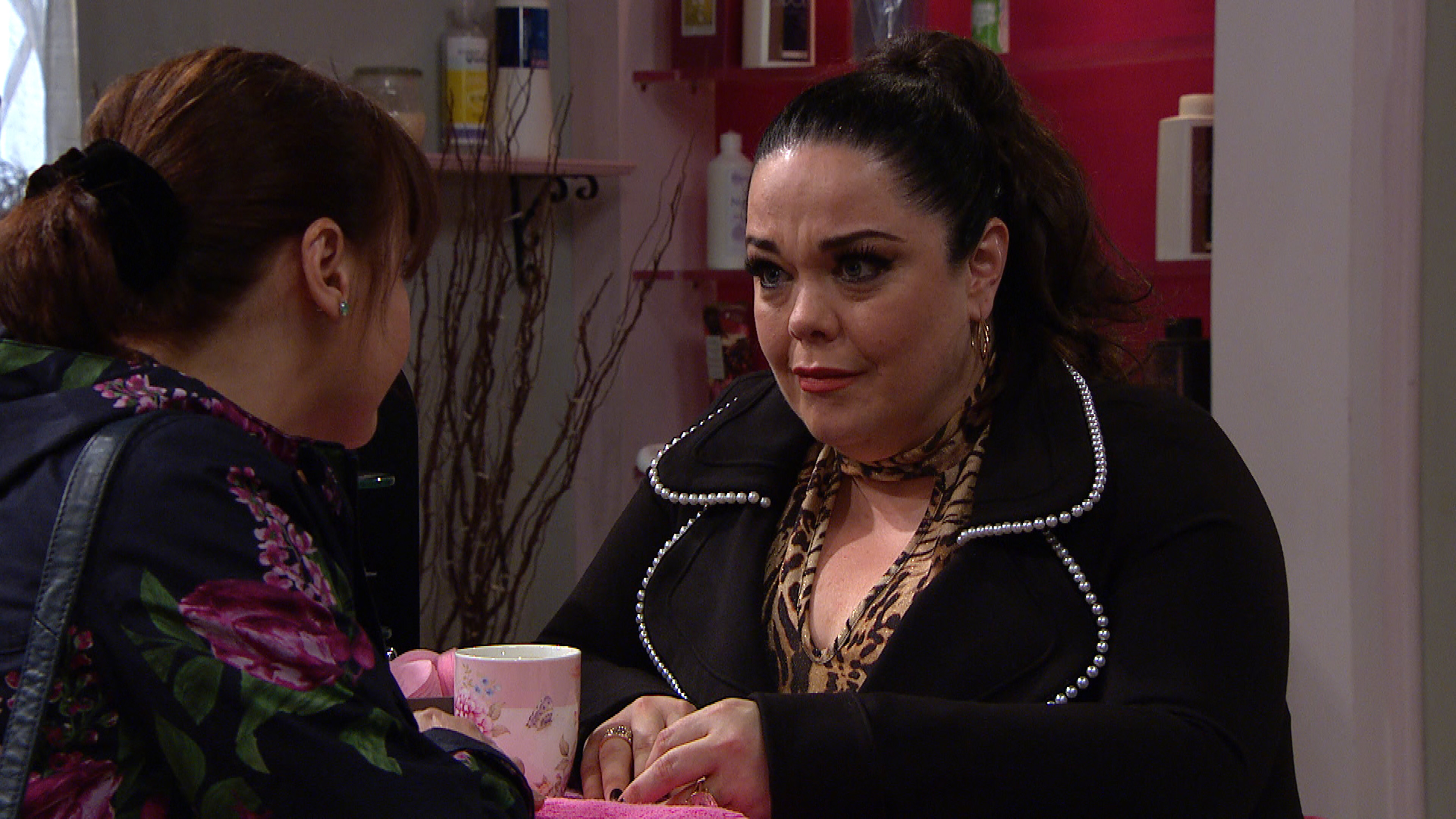 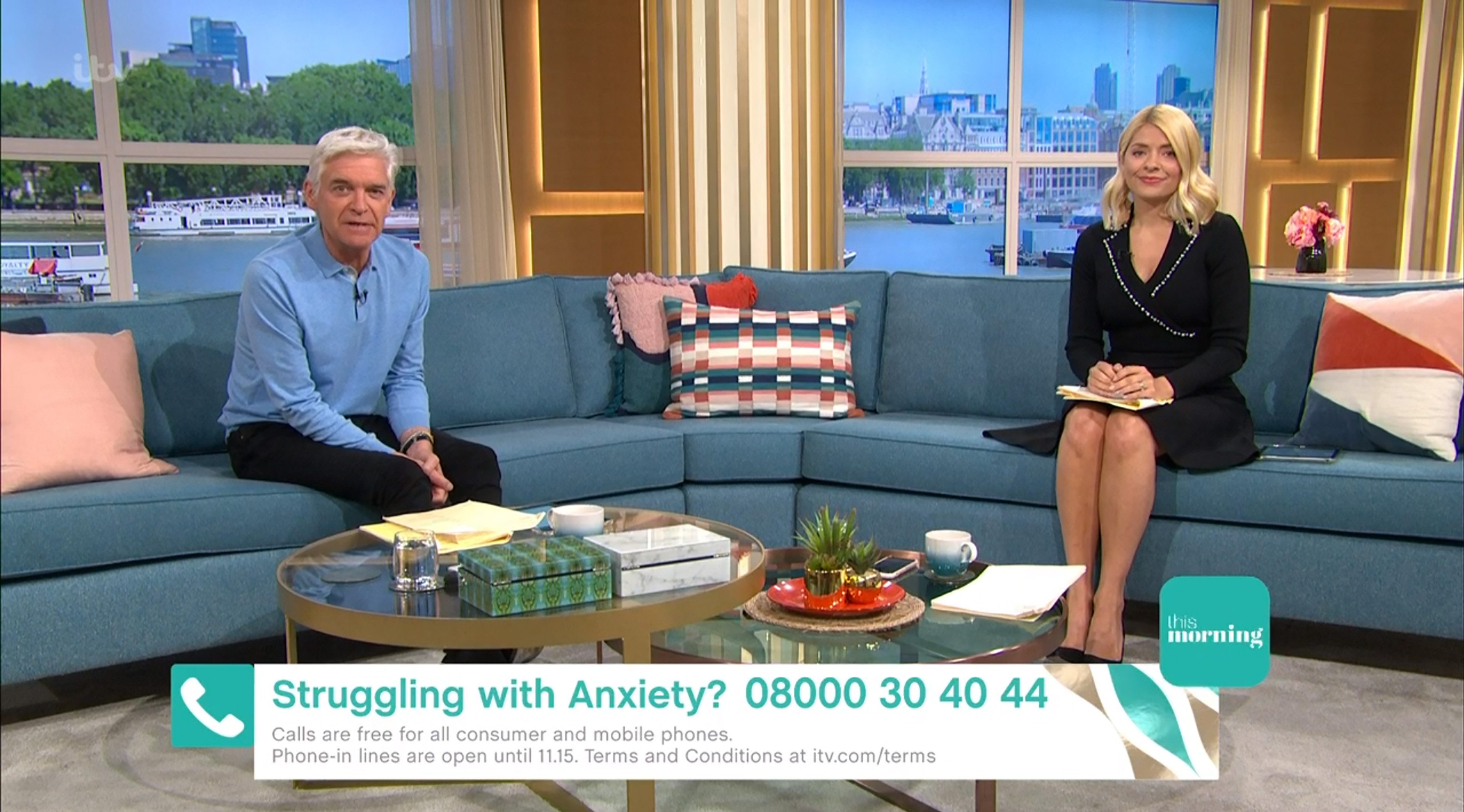 The dress didn't seem to give Holly any luck on yesterday's show as they witnessed a disaster when John Torode set fire to his kitchen.

The MasterChef star was teaching hosts Holly Willoughby and Phillip Schofield how to make a McDonald's McMuffin from his home kitchen via a video call.

However, things didn't go quite to plan.

As John showed the pair how to toast the muffins he failed to realise a tea towel left on the hob behind him was on fire. 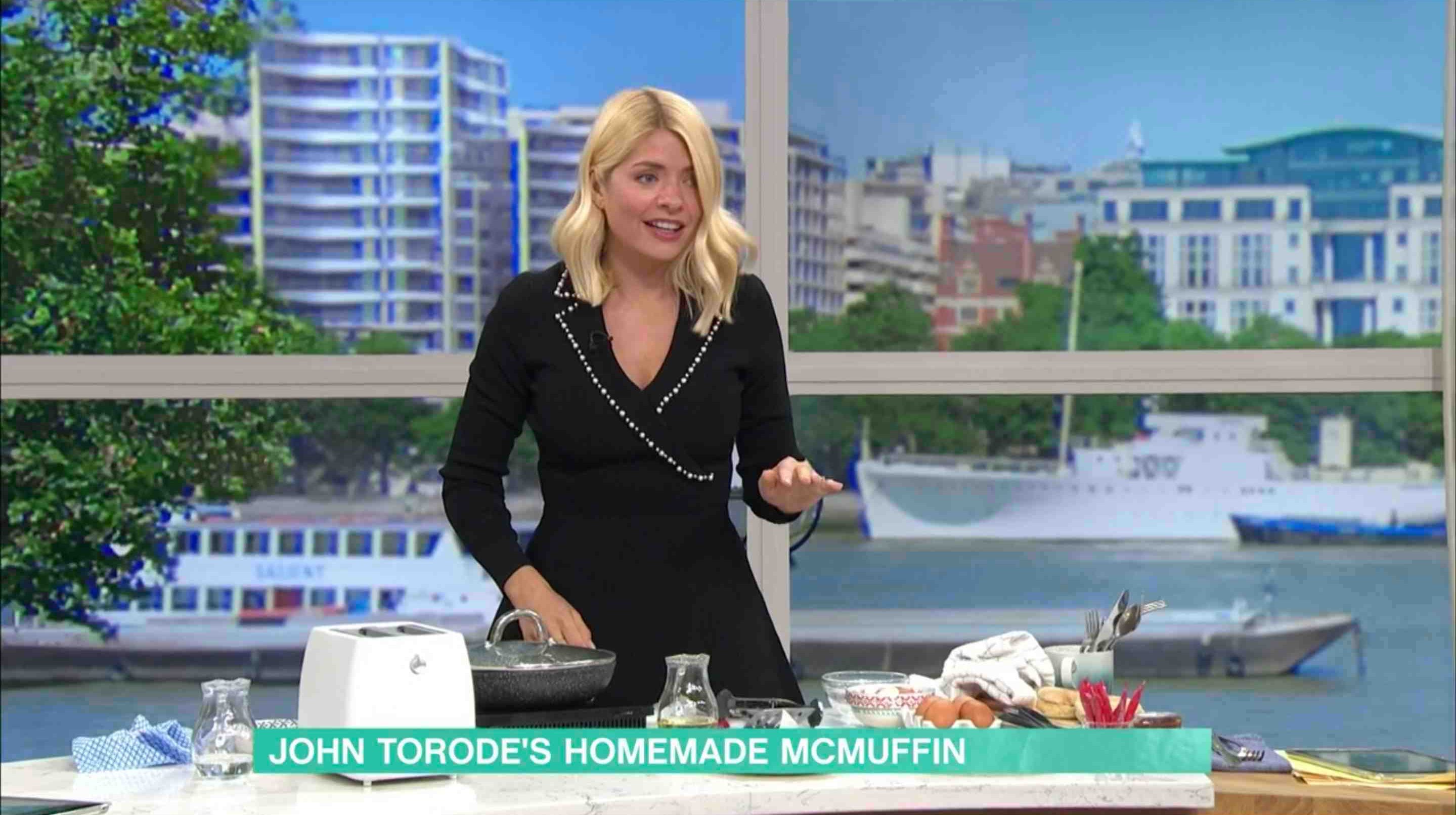 Phil frantically tried to warn John – but the video delay meant his cries went unheard as the flames got bigger.

Luckily, he finally spotted it and dragged the burning towel into the sink – only for the fire alarm to then go off.

The presenters were left in hysterics as the carnage ripped through their segment.

Holly told John to go lie in a "dark room" to calm down after the fire.