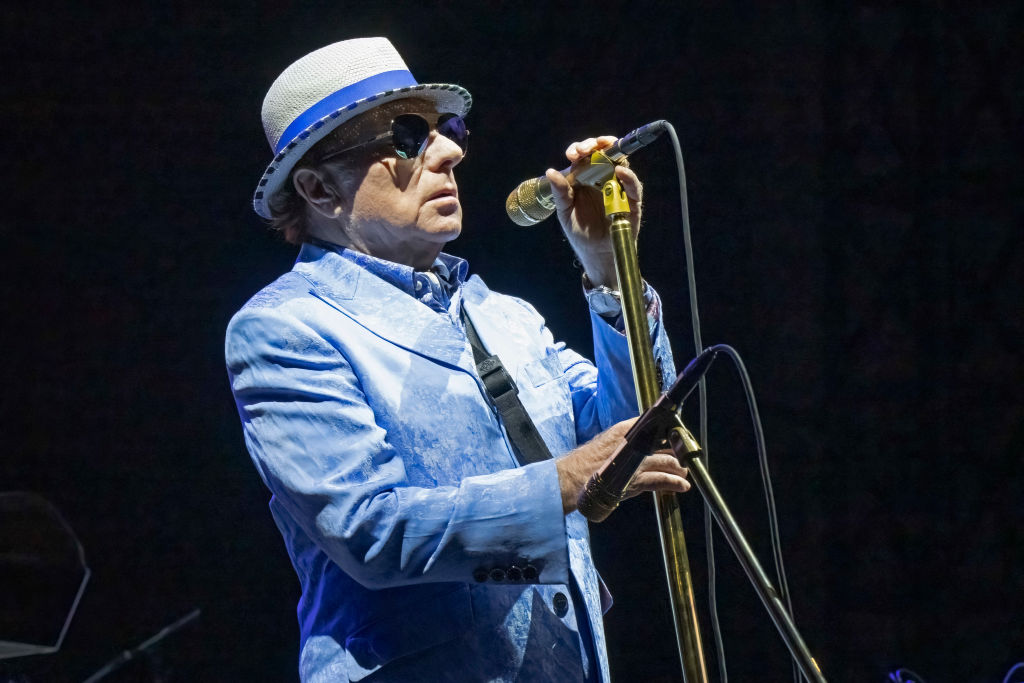 People involved in putting on Van Morrison’s concerts in North Ireland have described how ‘demoralising’ it was when the gigs were pulled due to the pandemic.

In June 2021, over a year after the first lockdowns were enforced across the globe in an effort to quell the outbreak of coronavirus, Morrison was due to take part in a series of performances at the Europa Hotel, the historic four-star hotel in Belfast which is one of several in the Hastings Hotel Group.

Right up until the last minute, it was confirmed the concerts could not be held on the advice of the Executive Office, as regulations in place at the time stipulated that live music could not be performed in neither licensed nor unlicensed hospitality venues.

In scenes that are to be shown tonight in BBC Two’s new docu-series The Hotel People, the hotel employees were forced to grapple with the amount of time, effort and money that went into putting the events on that had seemingly gone to waste.

Metro.co.uk recently spoke to the people directly involved in the event, who had hoped the Morrison concerts would be a ‘catalyst’ that would help their company get back on its feet after the struggles the pandemic inflicted on the hospitality company.

Speaking of the impact of the last-minute changes that happened, Europa’s executive head chef Kyle Greer said: ‘They were difficult, because, we were hopeful that this was going to be the first big step forward in terms of doing big numbers again, and then that was sort of leading to doing other big events and whatnot.’

He continued: ‘We brought in the full team of guys. They were over three nights some events, so for the first one to be cancelled, that meant that the other two obviously were cancelled – but we don’t prepare on the day for the day, we were looking ahead for the whole week.

‘So effectively there was three days of work just completely scrubbed, to cancel them three gigs within that one day that were cancelled. So yeah, it was demoralising for the guys.’

Greer stressed how tricky it was to try and rally up the members of staff at the hotel after the announcement, when they had to resort to a plan B to make up for their losses.

‘To try to bring them back from that was quite difficult, especially when we’d rallied them all up. We were sort of short staffed as it was,’ he said.

‘But we were hopeful that this was going to be the catalyst to get us back to where we should have been, but unfortunately, it didn’t happen. So yeah, they were sort of dark days, I suppose.’

The Hastings Hotel group has seen its fair share of A-list guests over the years, from former US President Bill Clinton and former First Lady Hillary Clinton frequenting the Europa in the 1990s to Lady Gaga staying at the luxury five-star resort The Culloden.

Sam Denning, food and beverage manager at the Culloden Resort and Spa, told Metro.co.uk that two weeks prior to our interview, he’d been serving the members of Queen and Adam Lambert in the drawing room at the hotel, explaining how meeting the global icons gives him ‘experiences I would never get anywhere else’.

Julie Hastings, Marketing Director at Hastings Hotels, recalled one time a few years ago when Michael Douglas and Catherine Zeta-Jones were attending a private dinner in the drawing room at the Culloden… and the Wall Street star was named as the third ‘most important’ person on the list, behind the owner of the Miami Dolphins and an American footballer.

‘I remember being around and I think Michael Douglas went out to use the bathroom and somebody saw him. And instead of them being, you know, sort of turned away or trying to be discreet, he just started to speak to them,’ she said.

‘People were wondering where he’d got to and he’d just got into conversation with these guests.

‘I think the A-listers are true gentlemen and gentleladies. It’s others that maybe cause chaos, but the A-listers are really good people and genuine people and make somebody’s day if you like. But I couldn’t believe that he was only the third most important person on this list. How could he be?’

The Hotel People begins tonight at 8pm on BBC Two and will be available to watch on BBC iPlayer.