NBC made its mark on Tuesday’s primetime with a notable premiere for its dinosaur-sized sci-fi drama La Brea.

The disaster series that stars Natalie Zea, Jack Martin, Eoin Macken and Chiké Okonwko drew in a 0.7 rating in the 18-49 demographic and 6.20 million viewers, per Nielsen fast nationals. La Brea‘s premiere overshadowed two other new series, Fox’s Our Kind of People (0.3, 1.48M) and CBS’ FBI: International (0.5, 5.86M), which dropped from their premieres last week both in ratings and viewership.

La Brea showed fairly strong retention from its lead-in, the latest episode of The Voice (0.9, 7.09M). The singing competition topped Tuesday in both ratings and viewership and was steady with last week’s two-hour episode.

NBC’s evening closed off with a new episode of New Amsterdam (0.4, 3.49M), which couldn’t capture the momentum of its preceding titles.

The Voice, La Brea and New Amsterdam were up against the three-hour installment of ABC’s Bachelor in Paradise (0.7, 2.69M). The episode, which saw contestant Ivan Hall leave the beach after revealing that he broke production protocol, was down one tenth in demo rating and about 11% in viewership compared with last week’s numbers.

Over at CBS, FBI (0.6, 7.03M) was the network’s highest-ranked program and provided the rest of the evening’s FBI programming with strong lead-in. FBI: Most Wanted (0.5, 5.48M) followed FBI: International and was mostly equal with its last original. 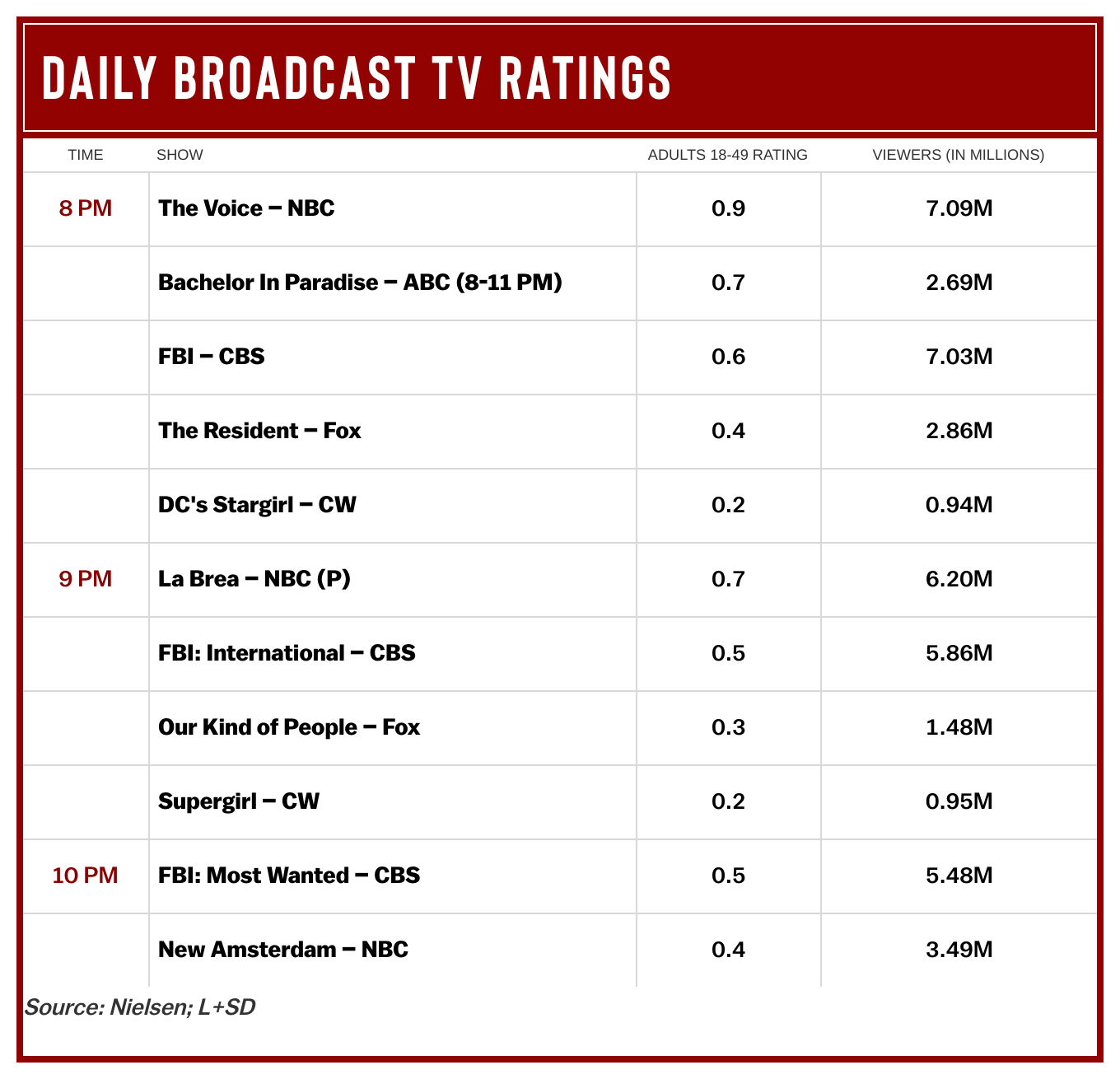