Back in 2007, Morning Live host Gethin Jones took part in the BBC competition Strictly Come Dancing. Gethin was paired with Camilla Dallerup and made it all the way to the semi-finals before being knocked out of the competition. Kym Marsh was recently announced as one of the stars to be taking part in this year’s competition, with Gethin giving her a stern warning about her upcoming stint.

During a recent episode of BBC’s Morning Live, Gethin and Kym were gearing up for Strictly Fitness, which is a daily segment on the show.

Gethin teased his co-star and said: “We call it Strictly Fitness, but now you’re going to be calling it training, won’t you?”

Kym laughed and exclaimed: “I suppose I am, will you stop it, please! Katie McGlynn is going to be leading the way this morning and this week.

“We will be digging through the archives to find the Morning Live faces who slugged it out for the Glitterball trophy, hmm I wonder who we’re starting with today?” 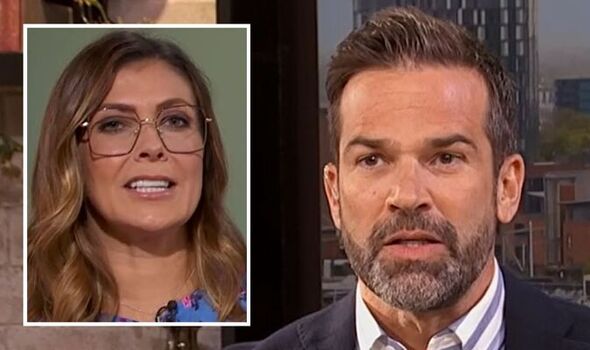 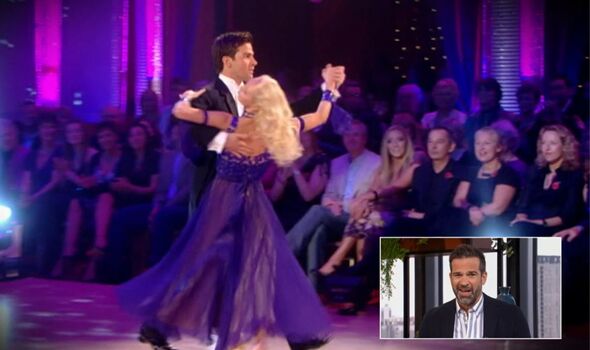 Clips of Gethin and Camilla began to play, leaving the star red-faced while looking back at his time on the show.

“I don’t choose these clips I should just say…” he revealed. Former Strictly star Katie McGlynn teased: “I love this!

“I think you’re brilliant, I feel like you should be taking over Strictly Fitness today Gethin.”

Shocked at how young he looked in the clip, Gethin joked: “Who is that? Oh no, it is cringey when you watch it back, and you have it all to come!” 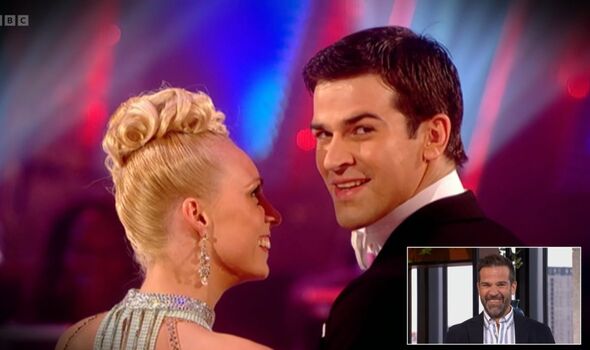 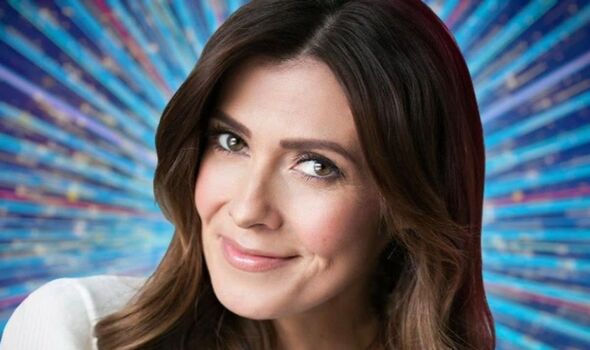 Kym admitted in response to her colleague’s warning: “Well, you know, I am sure I will have a few cringe moments.”

Touching on his time during the competition, Gethin added: “I had the fear throughout that whole thing! I think I enjoy Strictly Fitness a bit more than that.”

“It is amazing, where have you been hiding them hips?” Kym exclaimed, to which Gethin revealed: “2007 that was! So long ago.”

Later, when it was time to begin the fitness segment, Kym teased: “Before we get started with Strictly Fitness today, we have been through the archives and found some of your best bits.”

Shocked that Kym had done that to him, Gethin fumed: “This is out of order – DREADFUL! I did have the time of my life though, you are going to absolutely love it.”

Praising him, Kym said: “I thought it was great,” but Gethin clapped back: “You’re just being nice because you know what’s coming!”

Alongside Will Mellor, Kym was one of the first contestants to be announced as taking part in this year’s show.

Touching on her arrival, she told BBC Breakfast hosts Naga Munchetty and Charlie Stayt: “I am just very keen to learn.

“Watching it, I have done dancing before, like I say, when I was a little girl and also in Hearsay, but that was a very different style of dance.

“My husband is extremely excited about me being able to teach him to dance properly, because he just wants to learn how to dance so that we can do it when we go to balls and things.”

After her announcement, Kym revealed: “I’ve considered doing Strictly for years but the timings never worked out. I’m so delighted that this year they have!

“I’m a huge fan of the show and can’t believe I’m going to go from watching at home in my pyjamas to actually dancing in front of the judges in a glittery dress, it’s unreal!”

Morning Live airs weekdays from 9:15am on BBC One.