KOURTNEY Kardashian has tried to lift her baby daddy, Scott Disick's spirits after his split from Sofia Richie as the duo recently had their own date night in Malibu.

The mom-of-three, 41, was spotted with her ex Scott, 37, heading into Nobu Malibu at 9pm on Friday night. 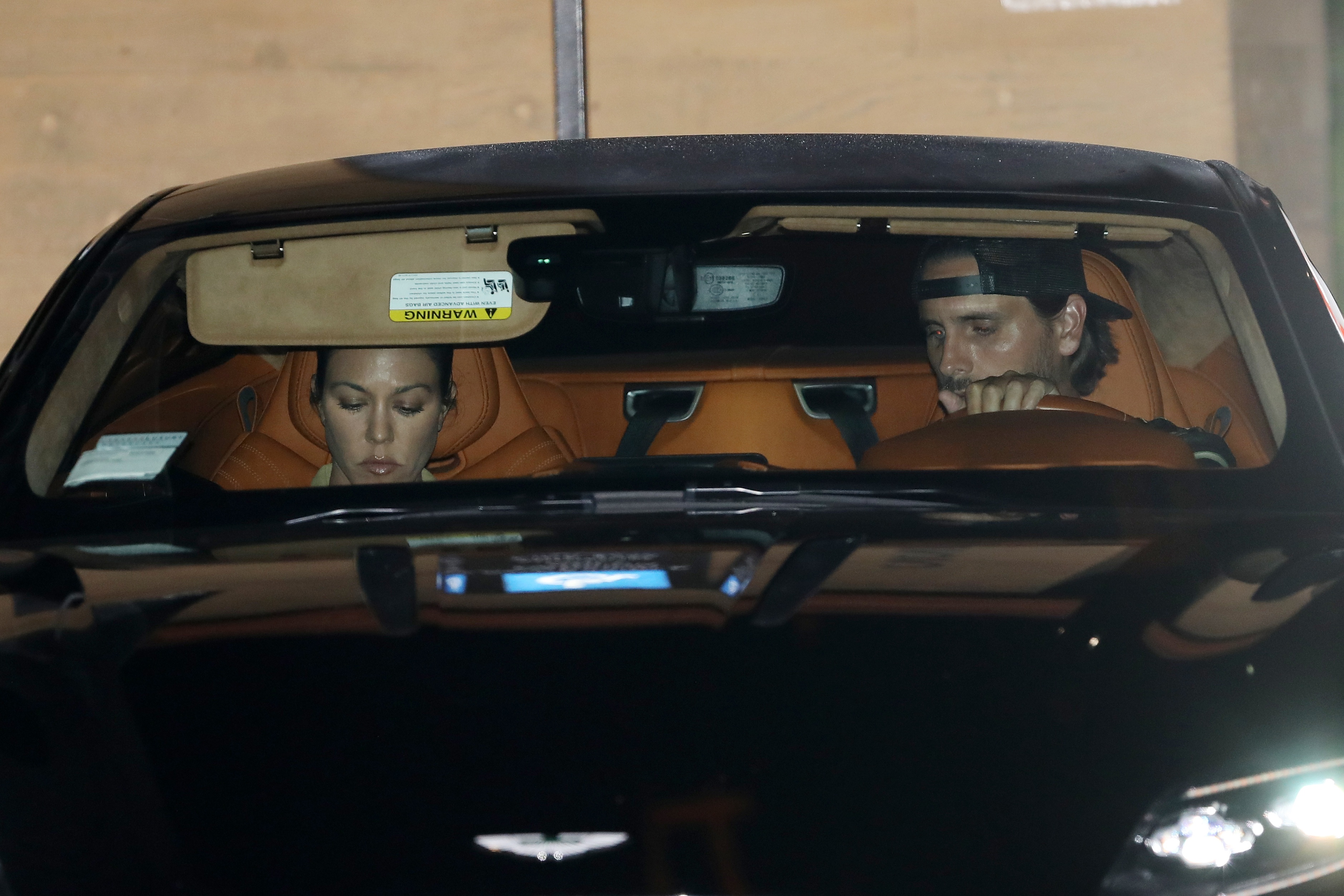 The pair almost ran into Scott's most recent ex, Sofia, who had left the celebrity hotspot just five minutes before they arrived.

Kourtney and Scott enjoyed a quick dinner before leaving at about 10.30pm, with him taking the wheels of his black Aston Martin.

The Keeping Up With the Kardashians star opted for muted tones and minimalist look for the dinner date with the father of her children.

Kourtney wore wide beige pants with a pale green panelled shirt which she only buttoned up in the middle to show off her cleavage and midriff. 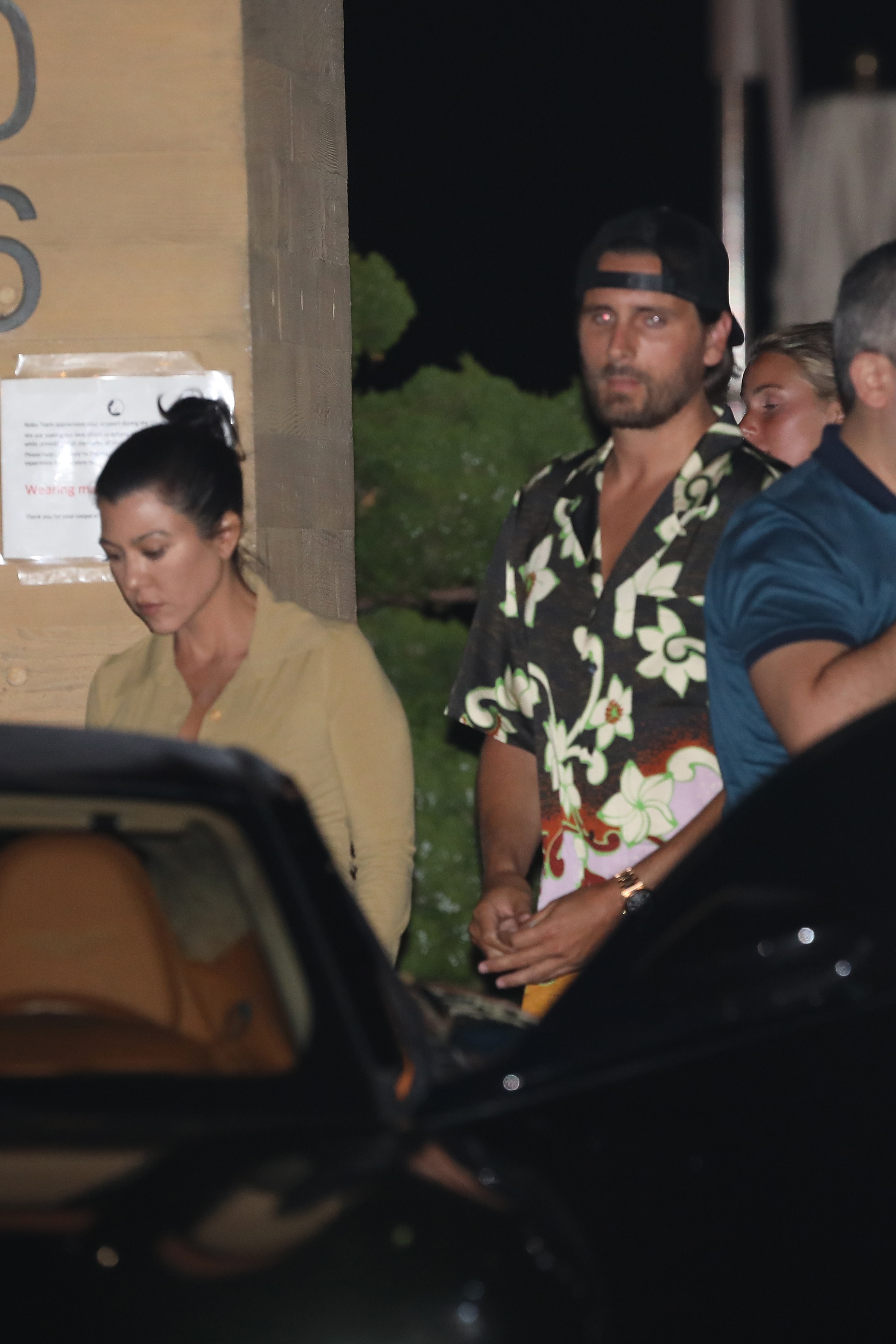 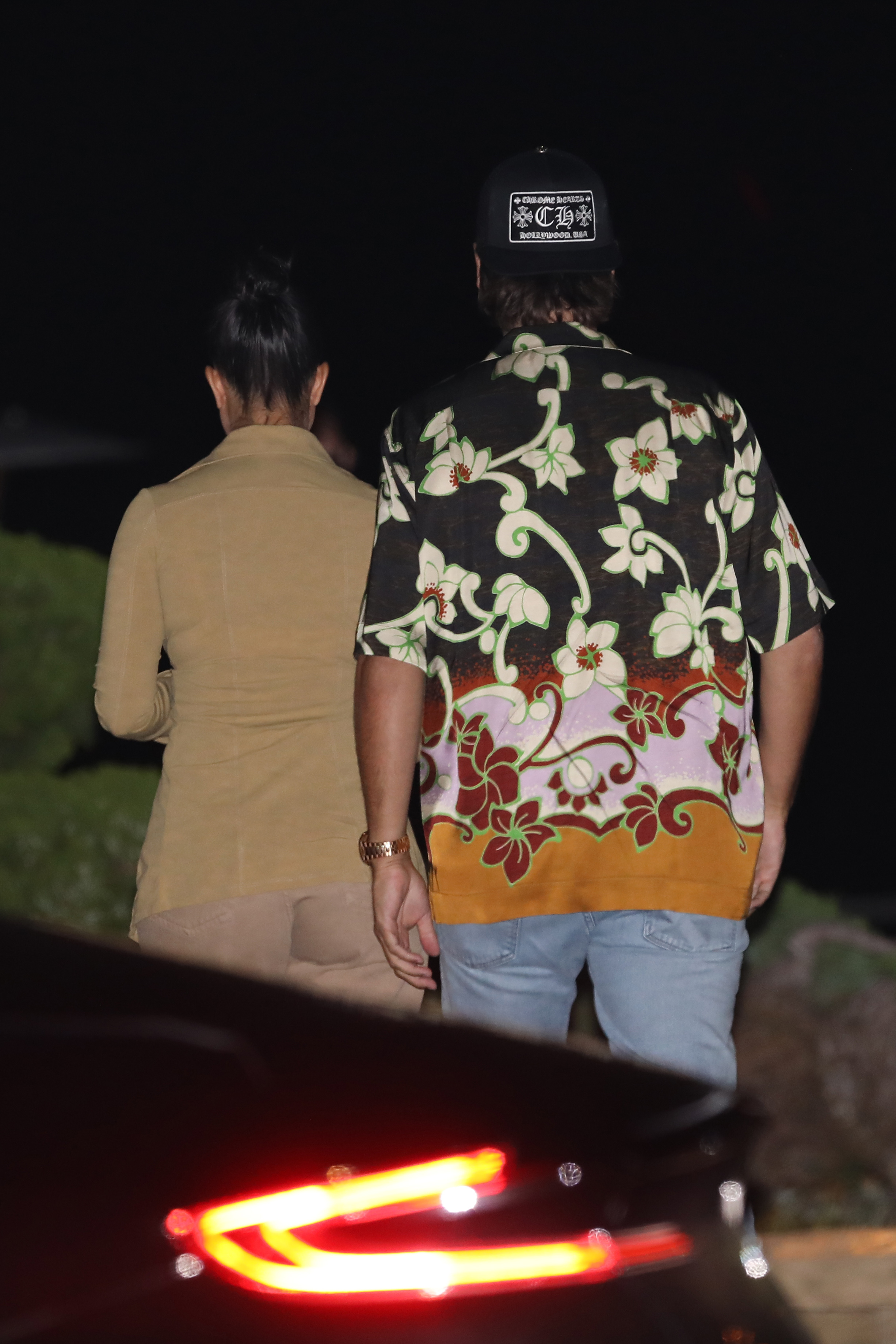 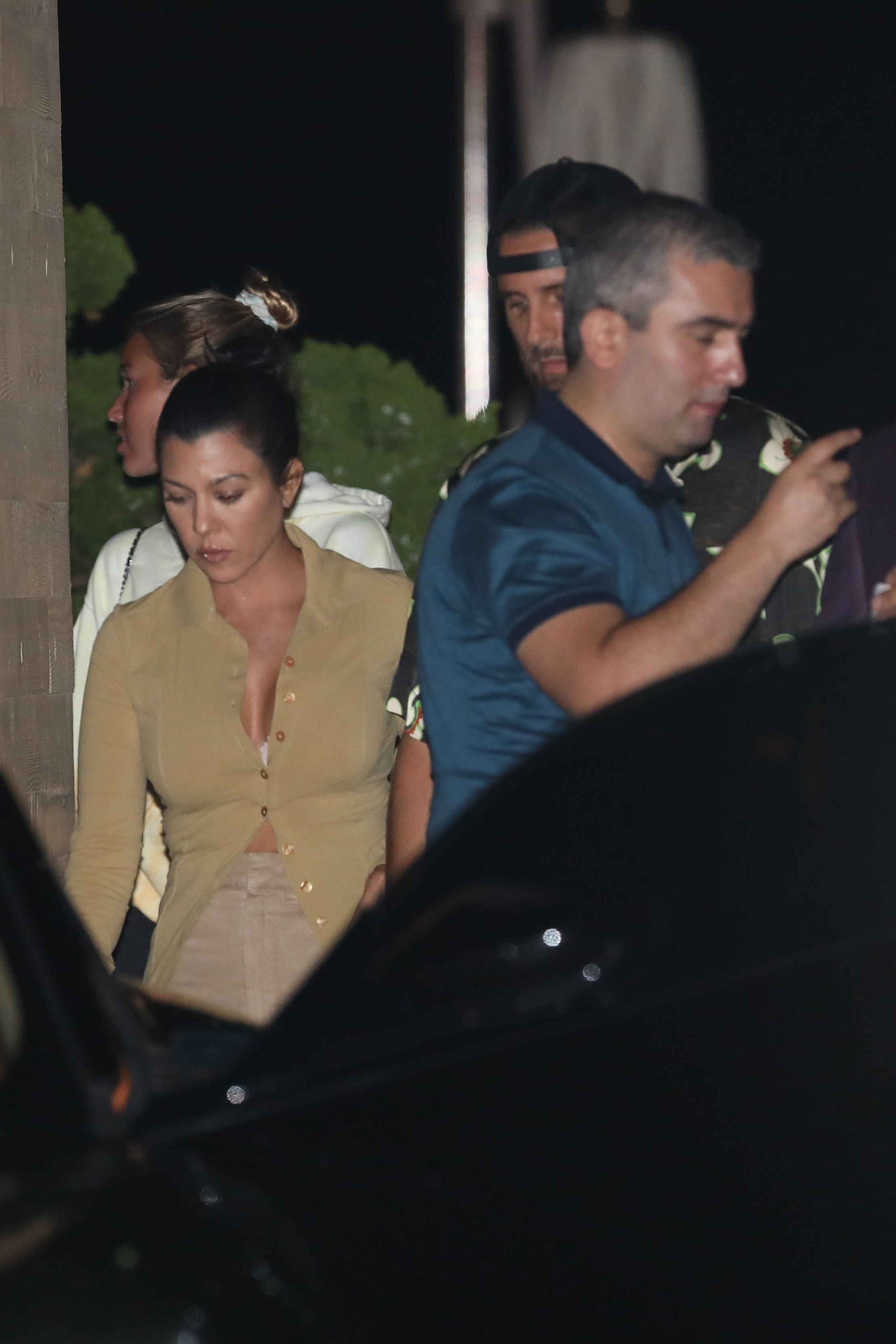 She finished off the look with beige open toe stilettos and wore her dark hair back in a high bun.

He opted for colourful Nike sneakers and wore a black baseball cap backwards.

The co-parents decided not to wear face masks as they entered the restaurant. 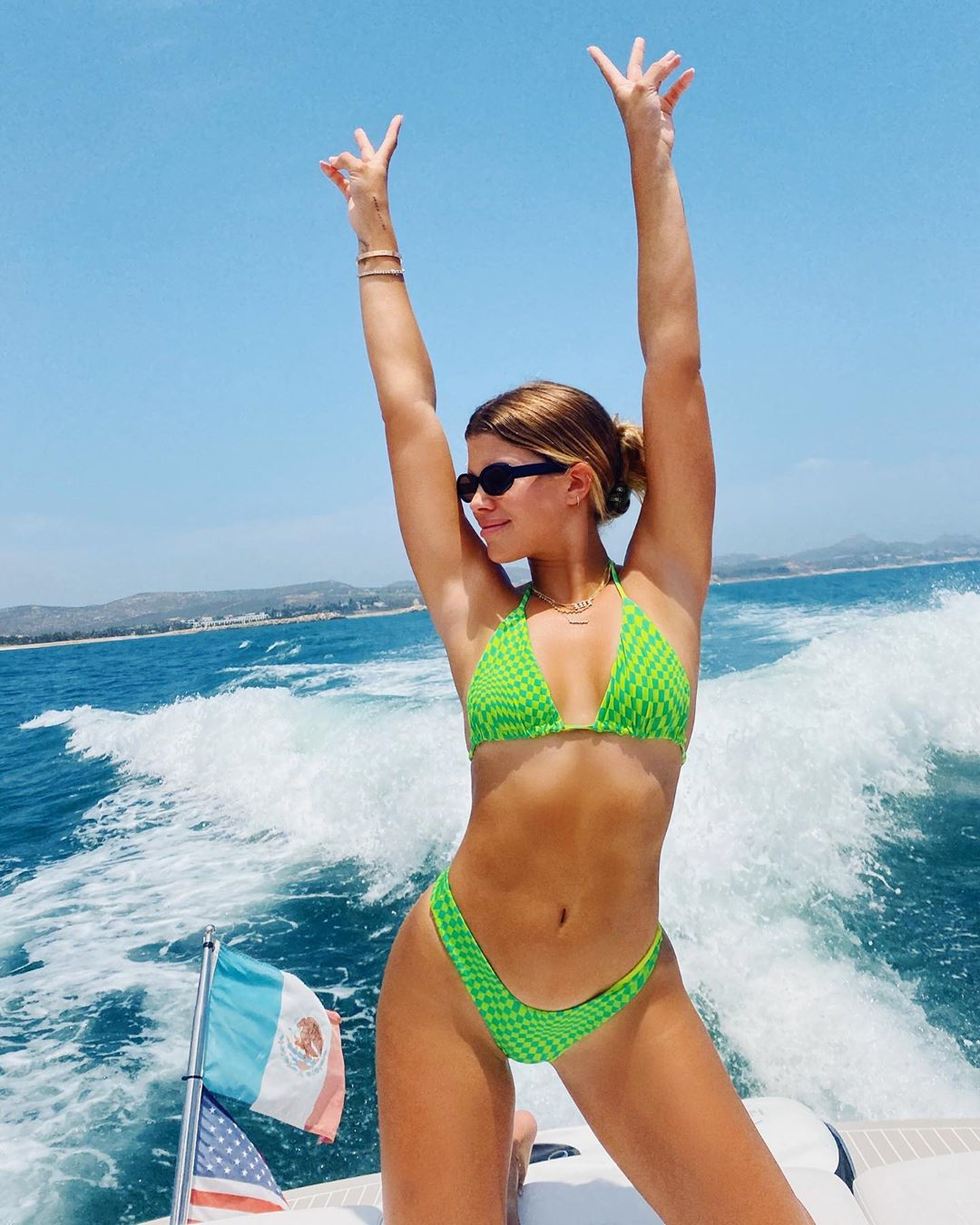 However Sofia did not take any chances and rocked a leopard print face mask along with a navy boiler suit and bright white sneakers.

The model and youngest daughter of singer Lionel Richie turned 22 on Monday.

She put her breakup with Scott behind her by showing off her tanned body on a vacation to Mexico.

The trip comes after a tough few months for the catwalk star, whose relationship with the reality star has been on and off. 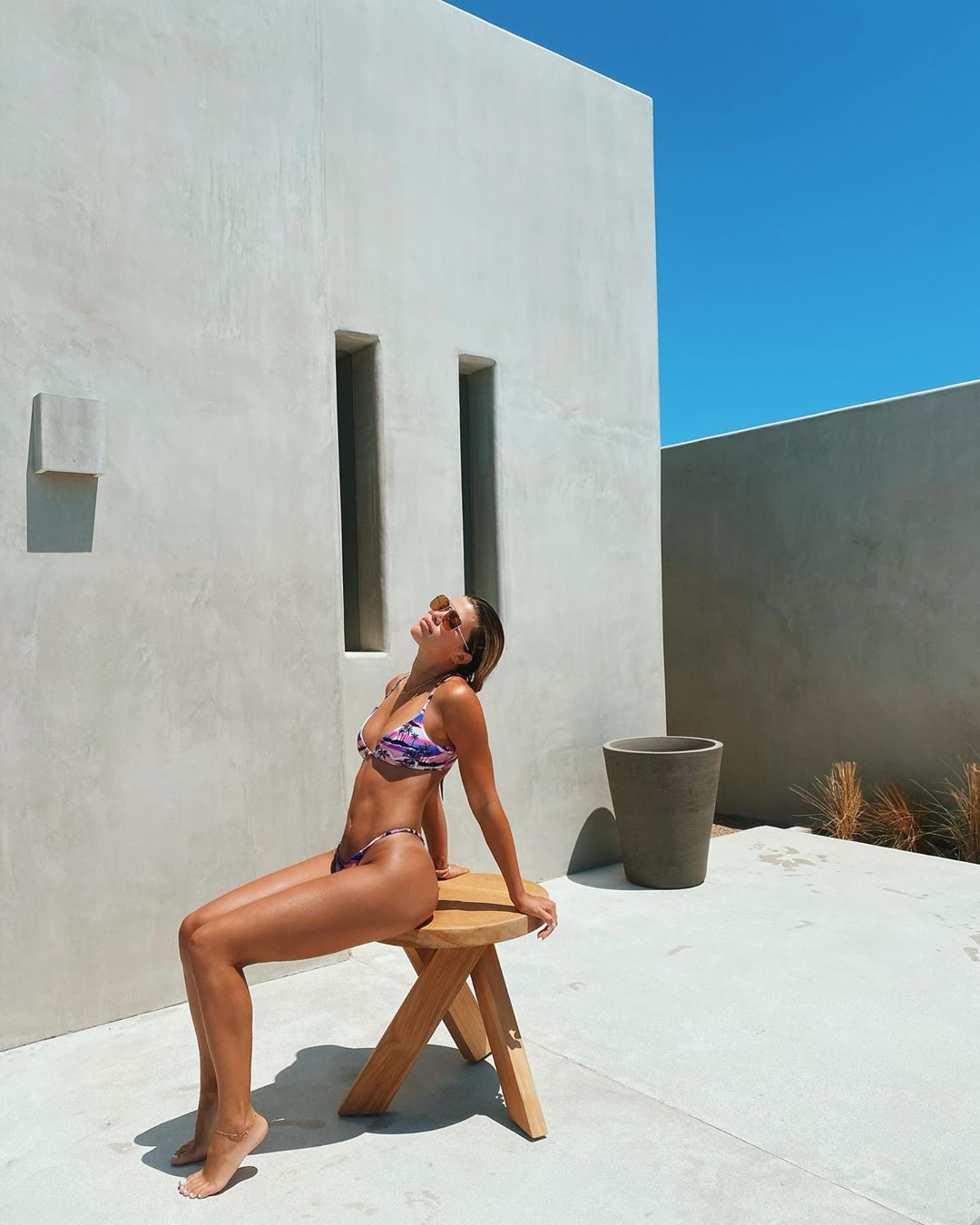 After dating for three years, Scott and Sofia took time apart amid the coronavirus pandemic lockdown before officially splitting as he focused on his sobriety.

Kourtney, who dated Scott on and off between 2006-2015, has been helping him keep his mind of his relationship woes.

Scott even appeared to get flirty with Kourtney on a recent family vacation.

Kourtney posted a photo of herself standing on a boat as she sported a metallic one-piece bathing suit and black sunglasses. 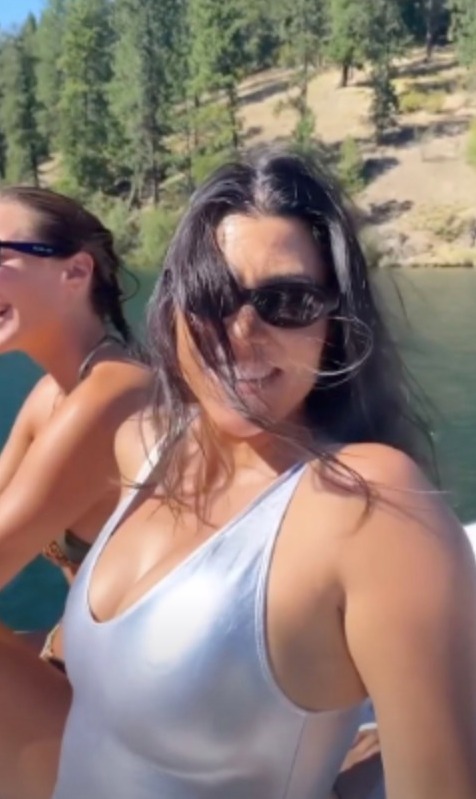 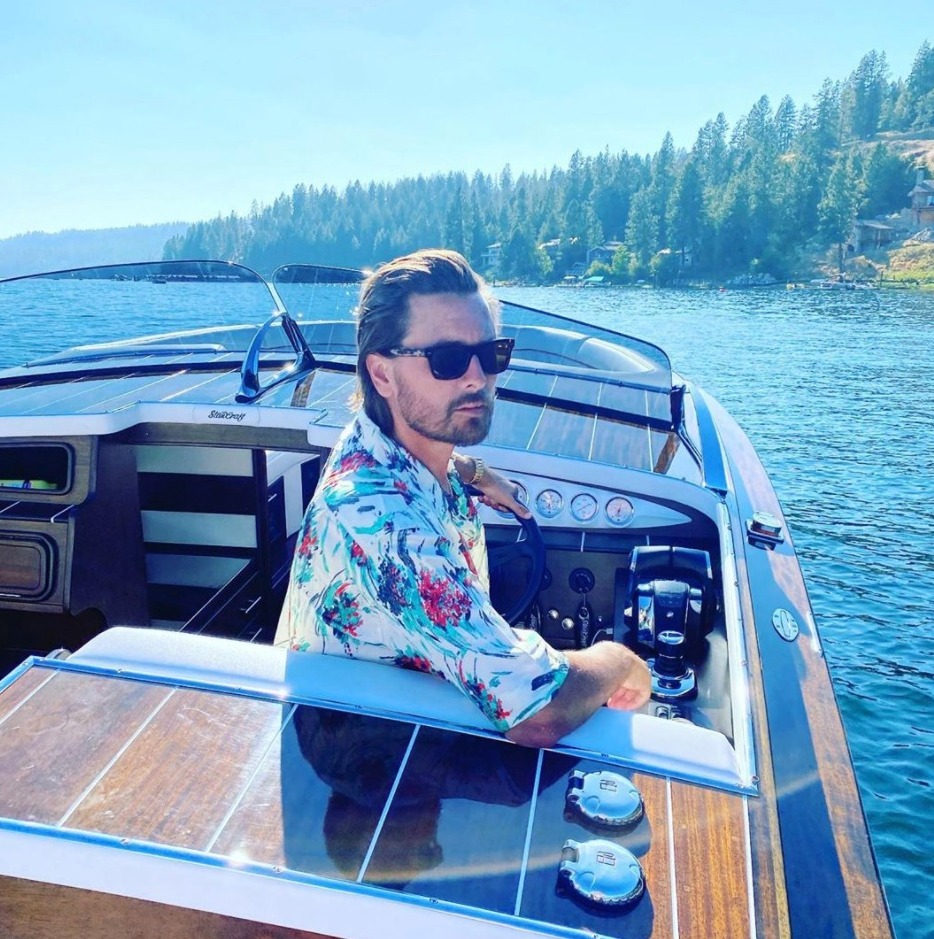 Scott wrote in the comments section: "What a lake er."

Kourtney and Scott enjoyed some family time on a multi-state road trip with their three kids: Mason, 10, Penelope, eight, and Reign, five.

They have been documenting the trip on Instagram, with both Kourtney and Scott sharing snaps of them enjoying a sunny lake day in Idaho.