KERRY Katona sent fans into a frenzy today by posting a picture of herself posing with a monster mask and declaring it "looks very much like an ex of mine".

The star led her followers into a guessing game as as they attempted to work out who Kerry was referring to. 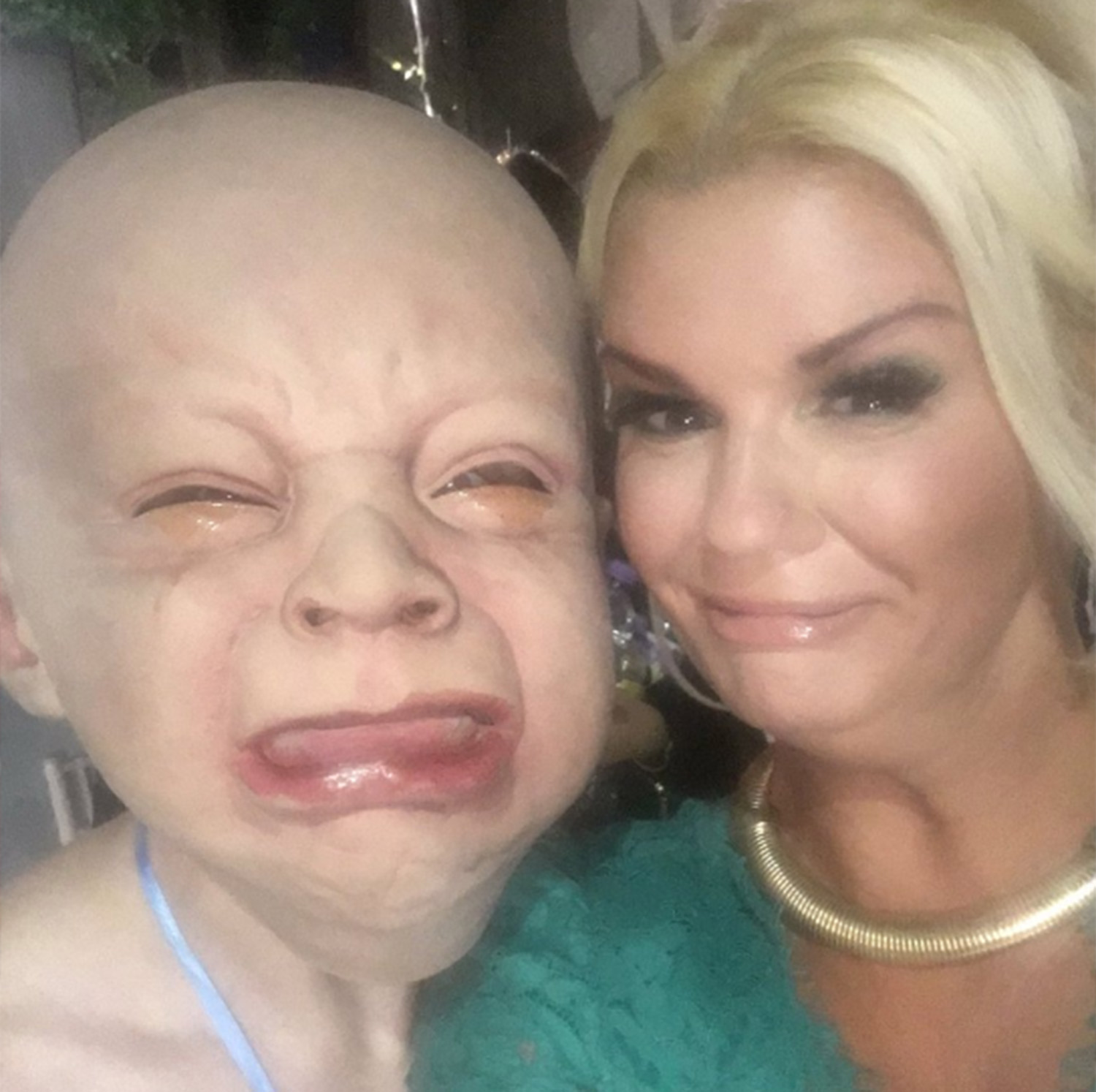 Kerry shared the snap on her Twitter page today, and it showed her posing next to what appeared to a mask of an ugly crying baby.

In the snap, Kerry joking pulled an expression of terror and she added in a caption: "Mmmmm looks very much like an ex of mine!!"

Fans took her tweet as an invitation to guess the ex, and many told Kerry the mask was "terrifying". 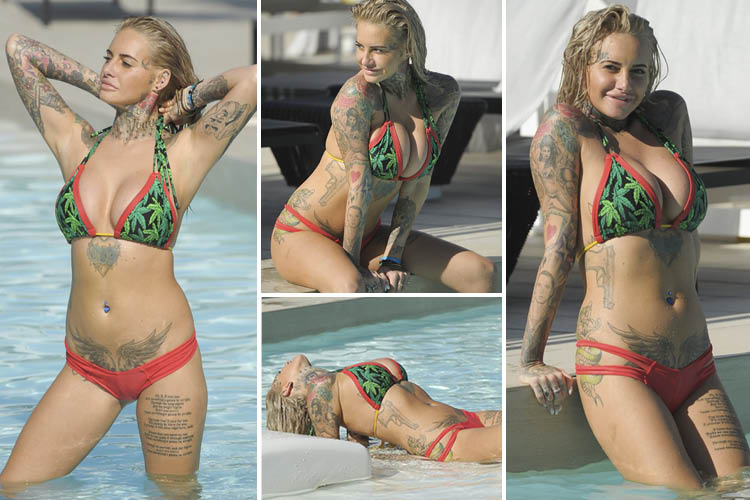 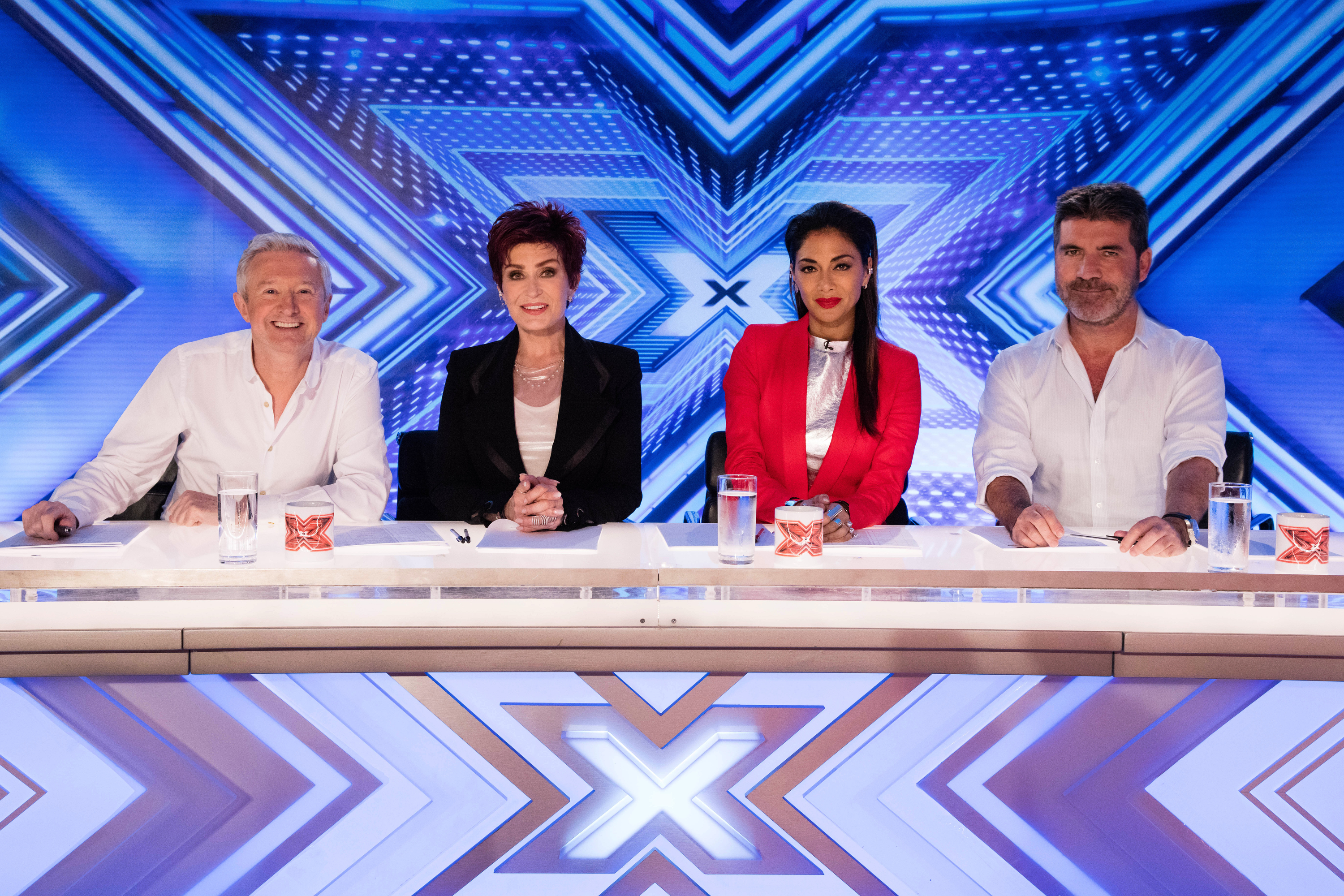 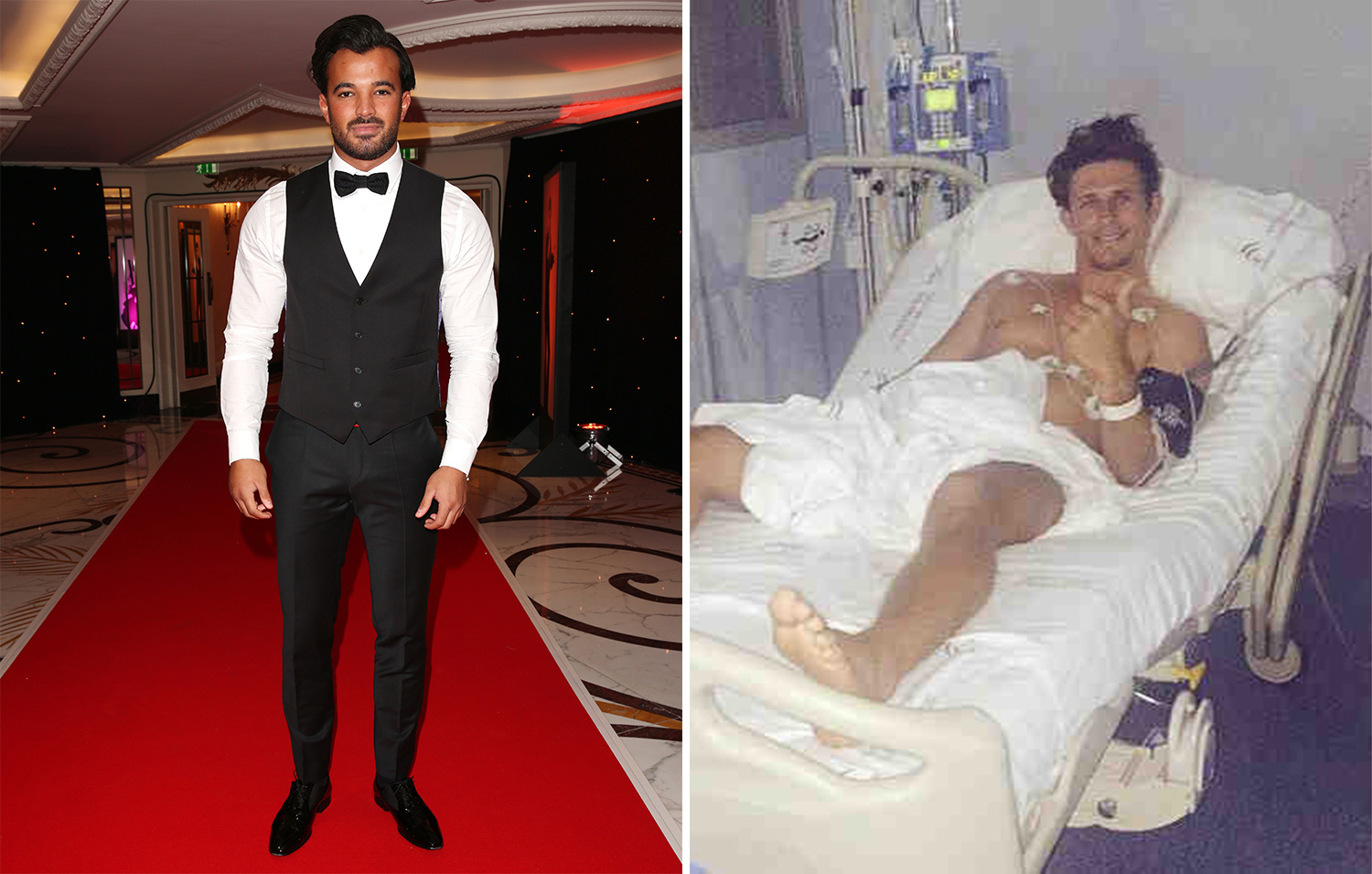 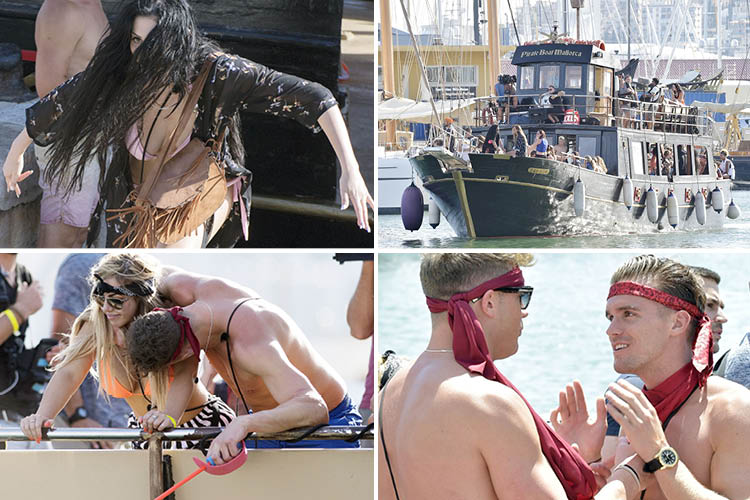 Kerry did not give any clues about who she might have been referring to, so fans have been analysing her long list of ex-lovers.

The former pop singer has been married three times over the years and has five children with her former partners. 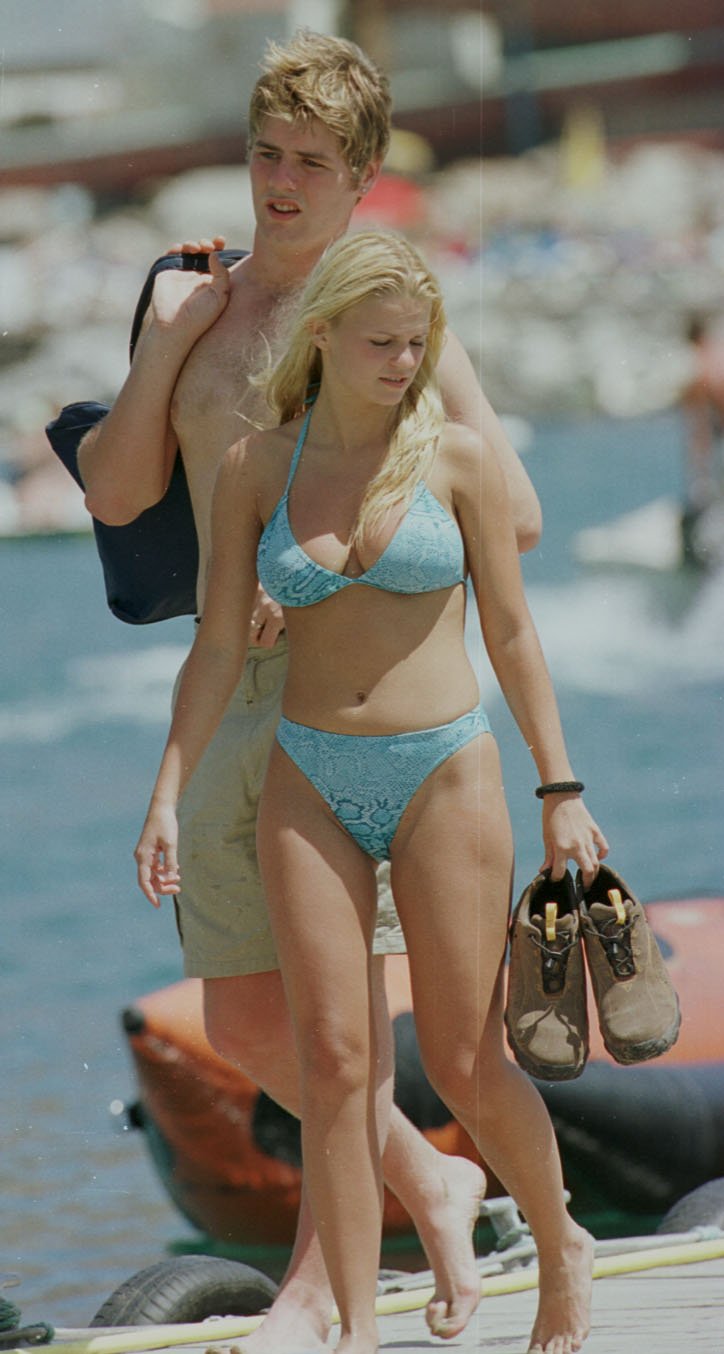 They married in 2002 and became parents to two daughters, Mollie and Lilly-Sue, before divorcing in 2006. 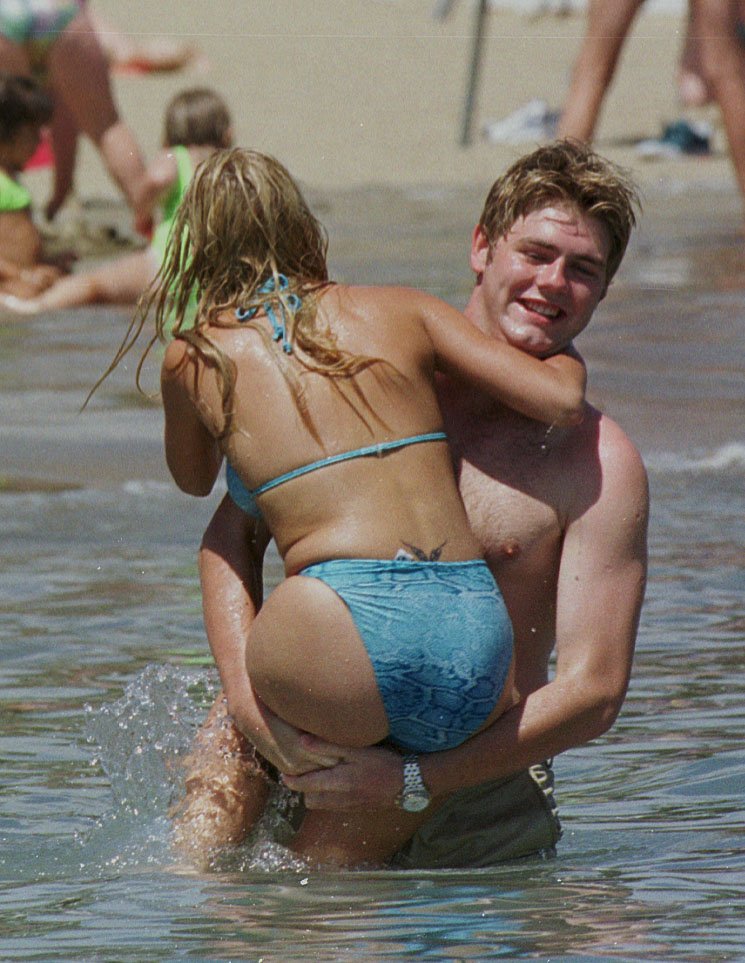 After the marriage broke down, Kerry went on to strike up a romance with taxi driver Mark Croft. 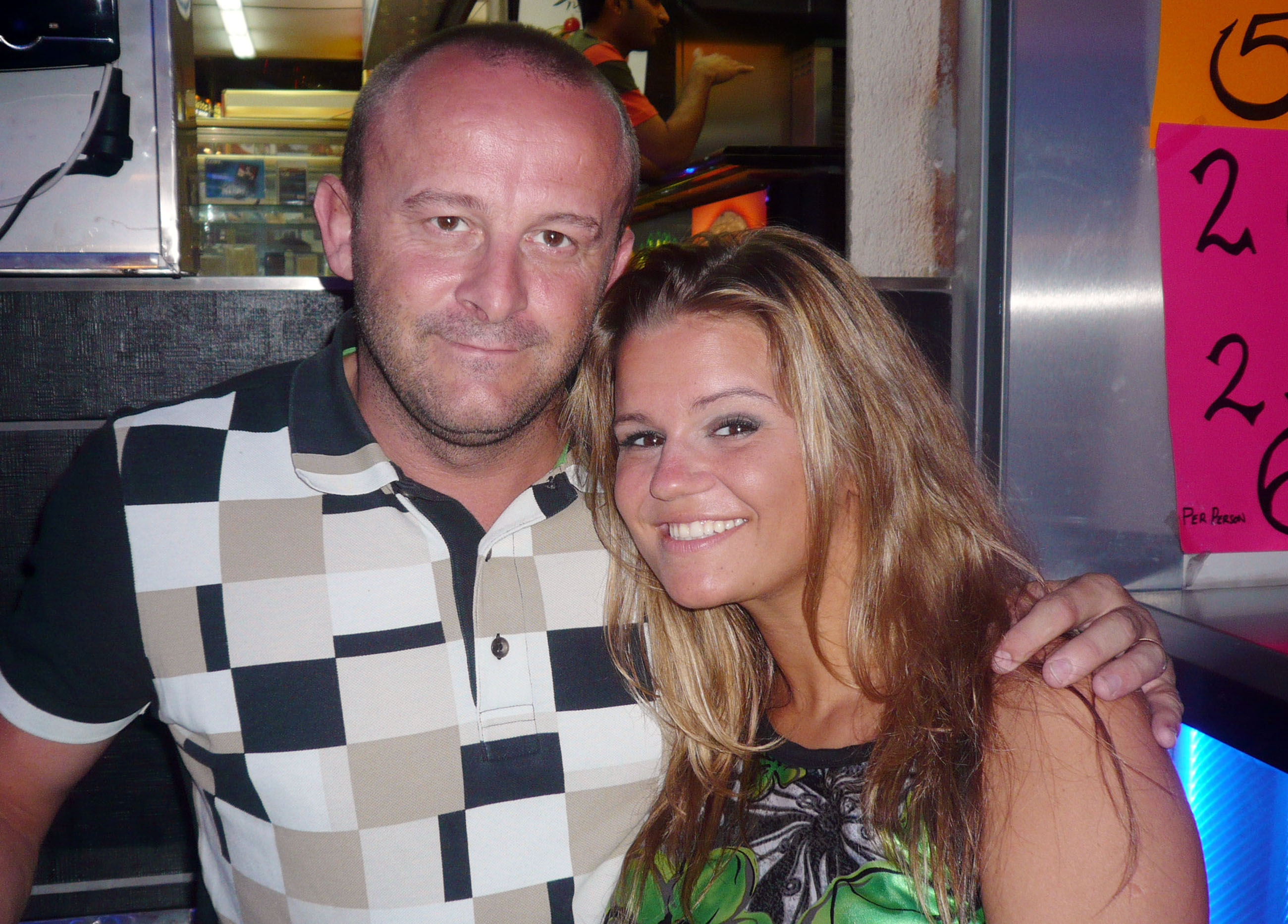 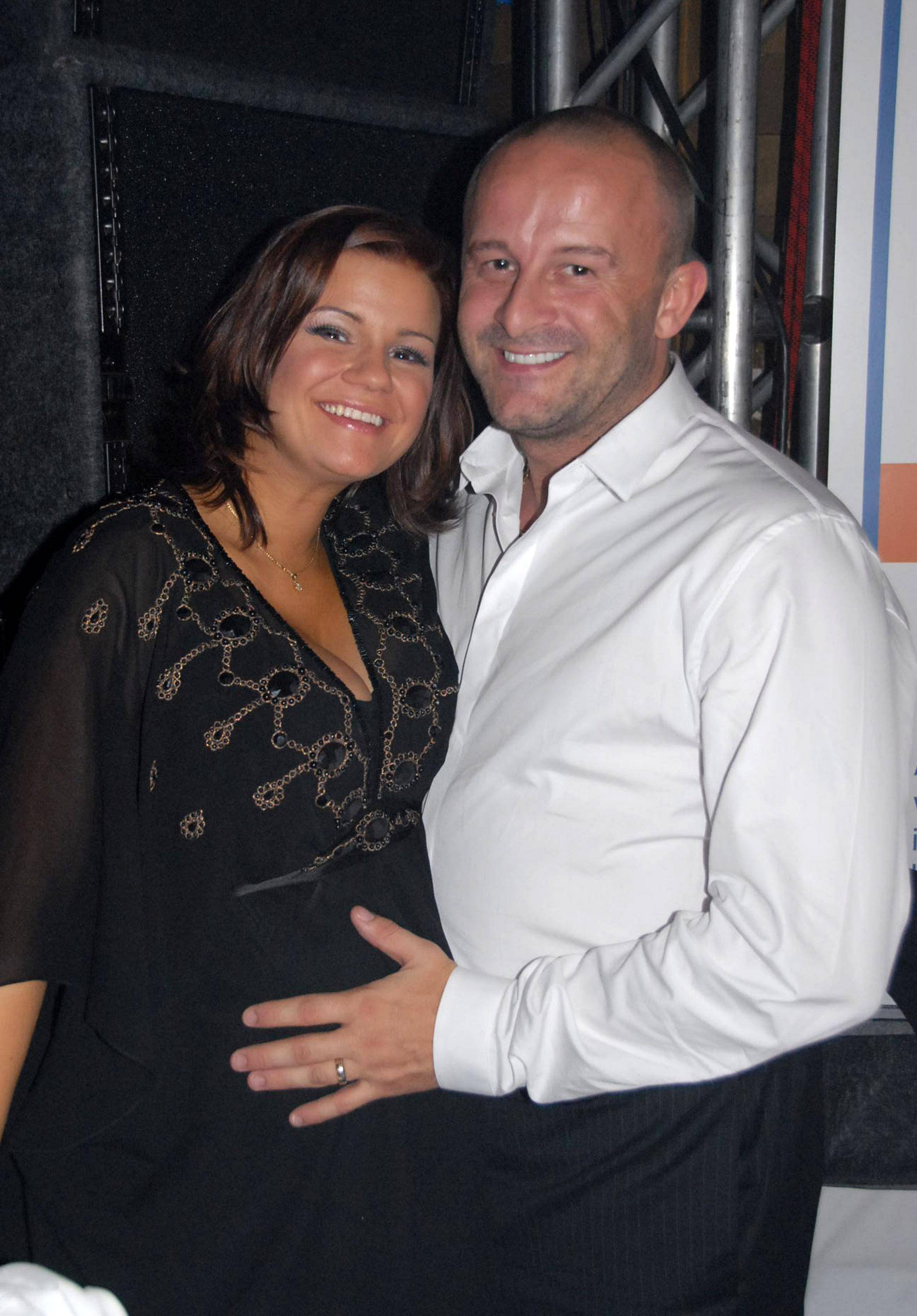 They married in 2007 in Gretna Green and later that year, Kerry welcomed the couple's daughter Heidi.

By the end of 2007, the reality star was pregnant again and they welcomed a son named Maxwell in early 2008.

However, the fairy tale did not last and they announced their divorce the following year. 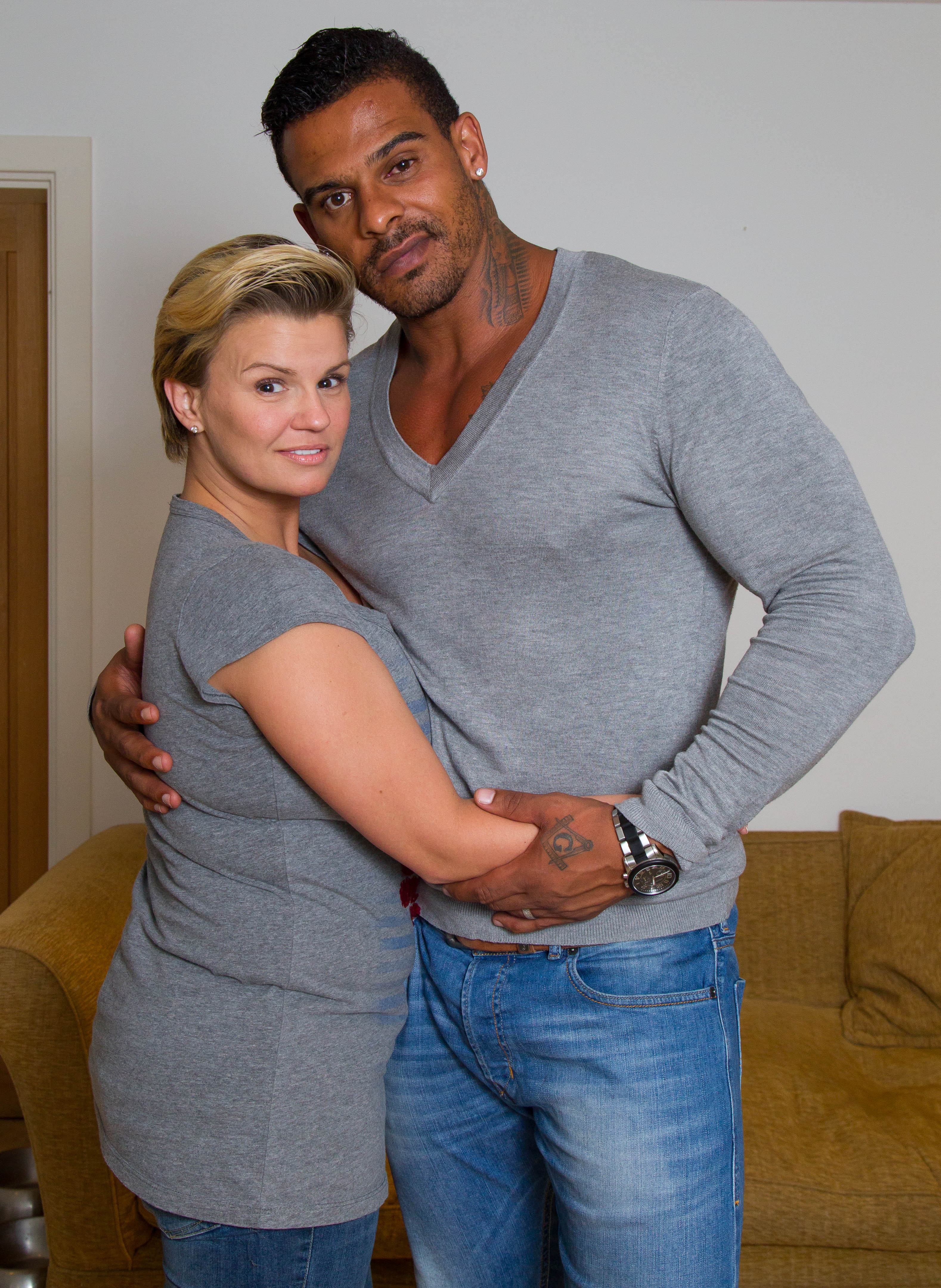 Heartbroken Kerry bounced back by becoming involved with George Kay, who later became her third husband and father of her fifth child, daughter Dylan-Jorge, who was born in 2014. 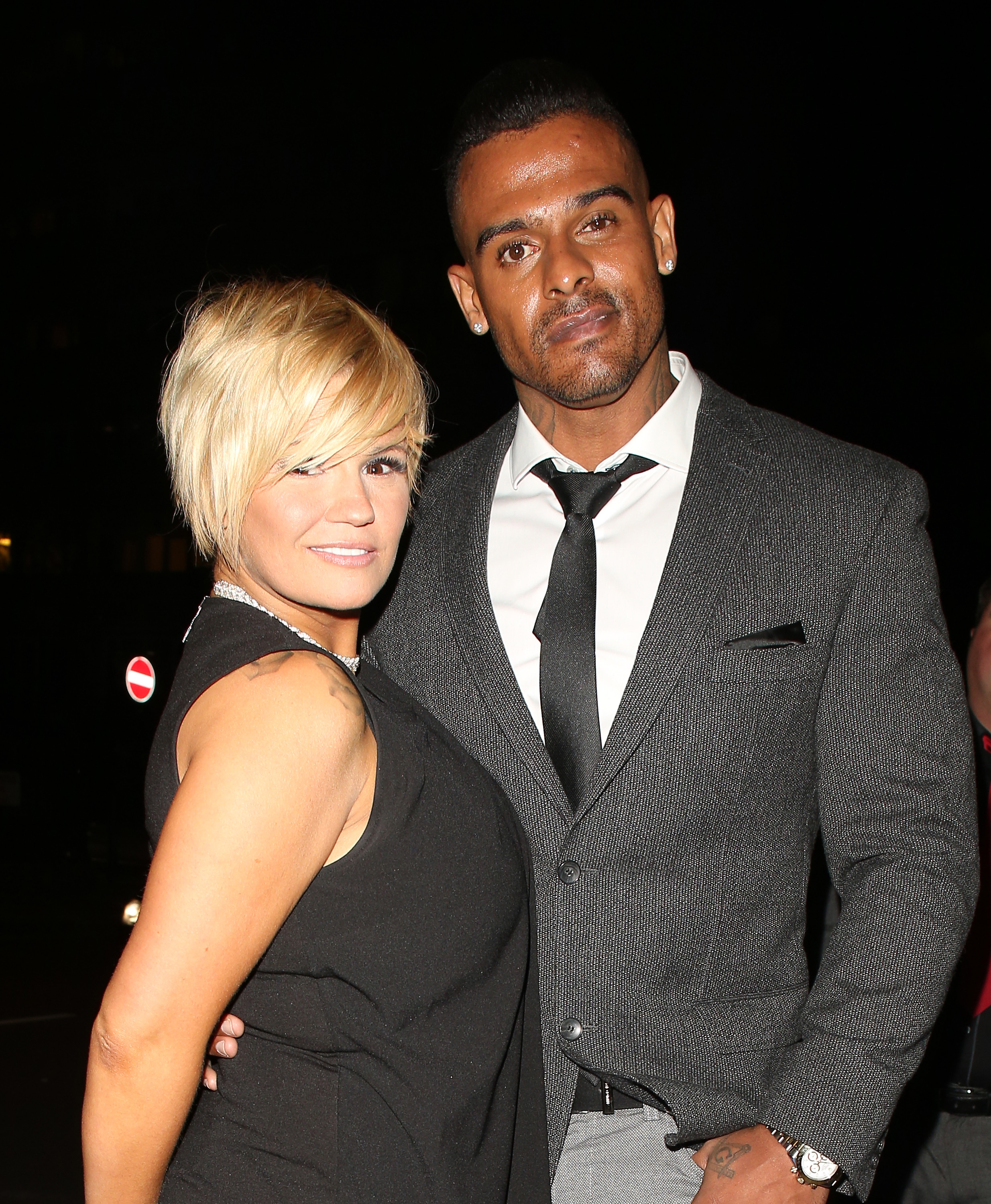 Sadly for Kerry, it was not three times lucky as her marriage to George broke down in 2015, just a year after they wed.

The split turned ugly amid allegations the couple was embroiled in a violent bust-up in October, leading to George being arrested and questioned by police. 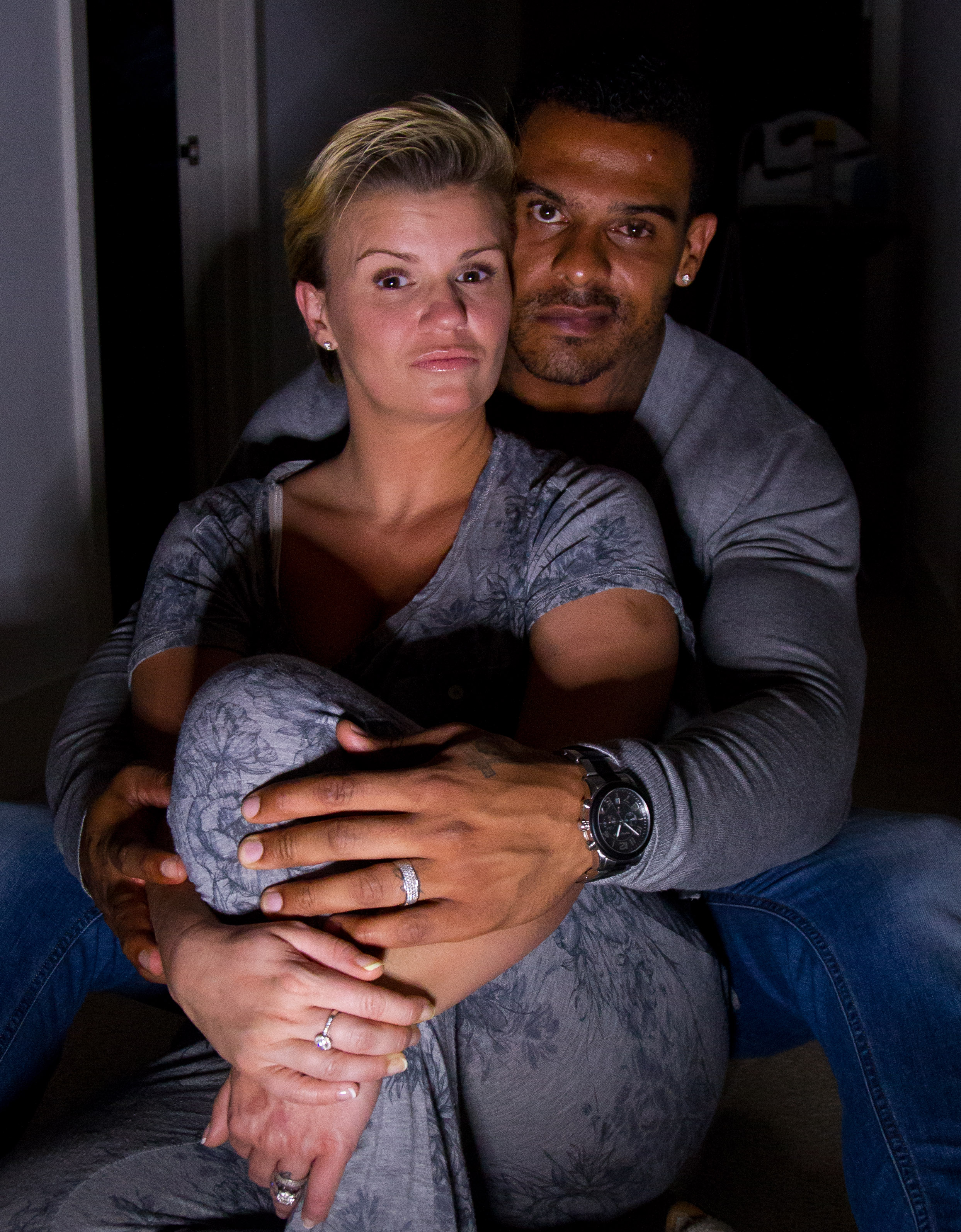 However, many fans have concluded the most likely subject of Kerry's cryptic tweet was Golum from The Lord of The Rings.

Many suggested her picture boasts a striking resemblance to the creepy character from the fantasy film series based on the books by J. R. R. Tolkien.

One follower even suggested Kerry has kept one particular relationship out of the spotlight, writing: "What [email protected] Golem…?" 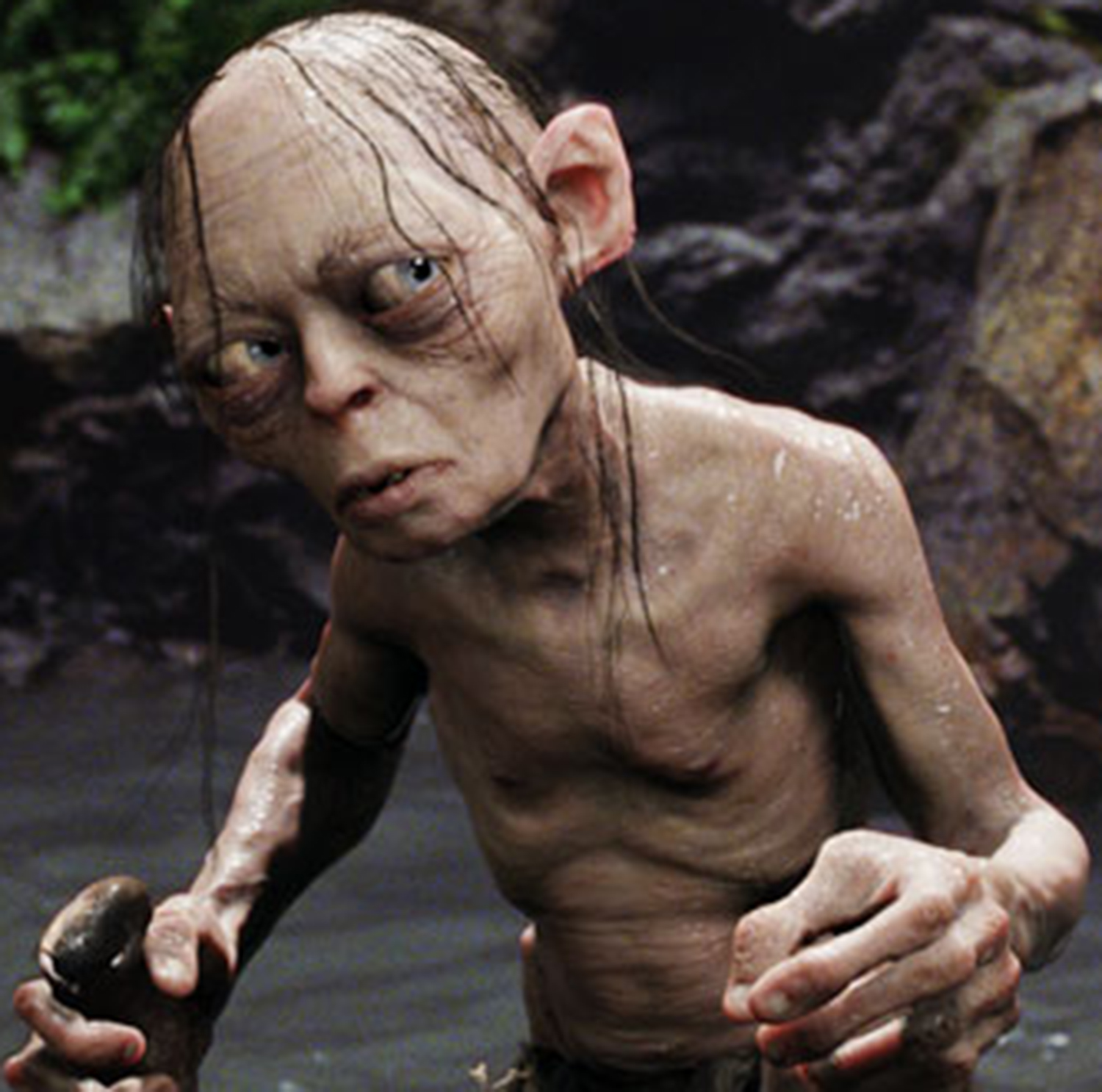