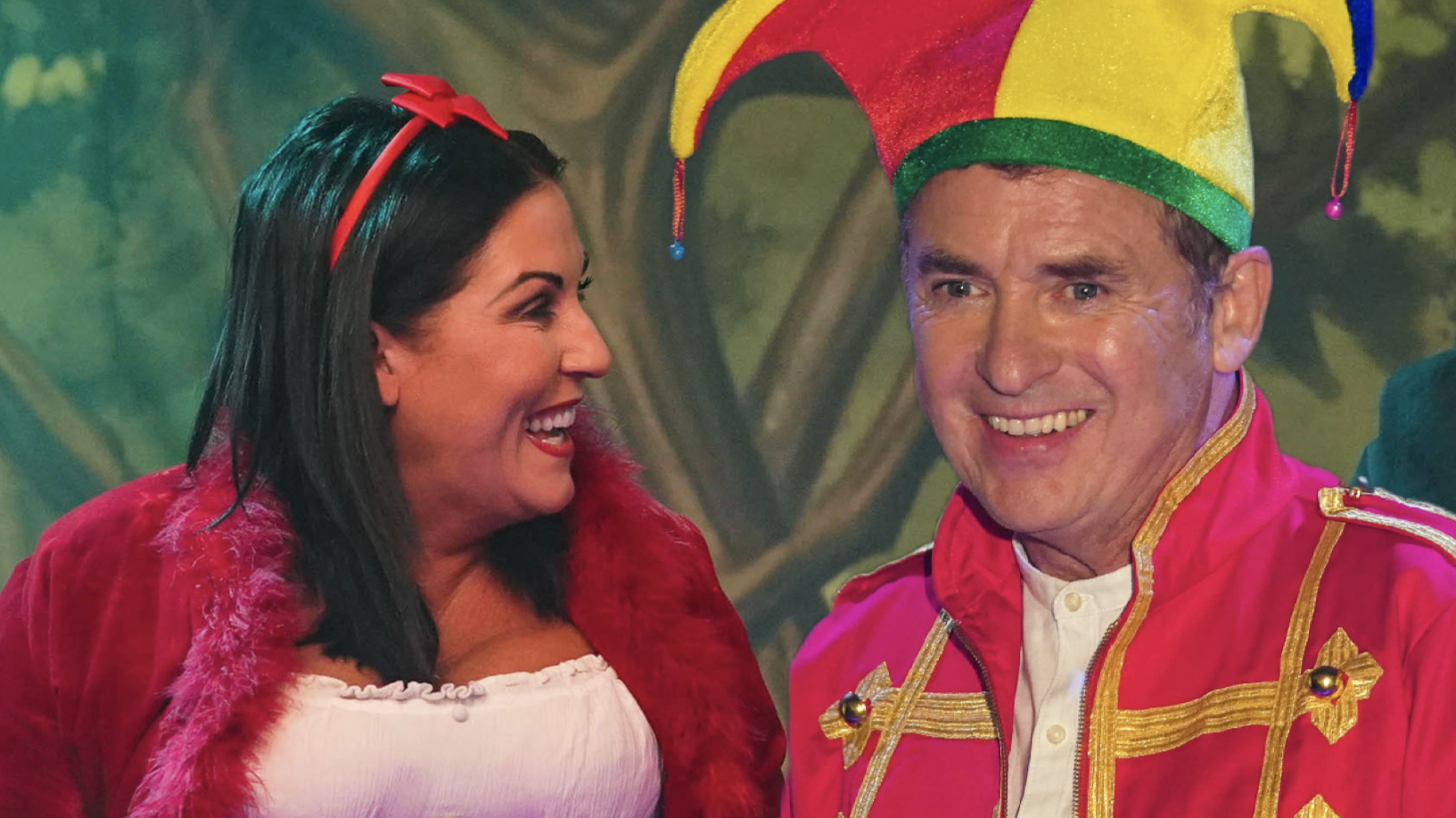 Kat Slater (Jessie Wallace) finds herself conflicted over her feelings for Alfie Moon (Shane Richie) in EastEnders, as the festive season grows near.

Alfie, as viewers know, has made it his mission since returning to the Square to win Kat’s affection. Kat, however, told him that she wasn’t interested in reconciling and instead planned to wed Phil Mitchell (Steve McFadden).

But with Phil away from Walford, old feelings have resurfaced for Kat, which leads to quite the conflict for the legend this Christmas.

Upcoming scenes will see Alfie plan a special panto for the holiday season, and he’s intent on casting Kat in the leading role of Snow White opposite himself as the Prince.

Honey Mitchell (Emma Barton), however, blows it out of the park when she auditions for the role, and thus she lands the part – much to Alfie’s dismay.

The preparations for the community production continue in subsequent scenes, but Alfie remains in a foul mood over the fact that Kat isn’t Snow White.

Things take quite the turn, however, as Honey suddenly falls ill, and thus Alfie turns his attention to Kat once more – begging her to step in.

Problems persist behind the scenes, with Kim Fox (Tameka Empson) fighting with Felix Baker (Matthew Morrison) over solos, while Harvey Monroe (Ross Boatman) reveals that his costume is too tight.

But Alfie’s attention is elsewhere as he’s more focused on rehearsing the Prince Carlo and Snow White kiss scene! Kat, however, makes it quite clear that she’s not kissing him.

The panto subsequently begins, but the cast is blindsided by a few last-minute changes due to Kat’s casting, and thus Kat and Alfie have to ad-lib in order to pull it off.

Alfie makes a big speech for the finale, and it’s quite clear that he’s talking about his love for Kat. Afterwards, he goes to plant a kiss on Snow White – but will she let him do so?

That remains to be seen, but after the show is over, Kat demands that he explain himself about going in for a kiss when she previously told him no.

An argument ensues, with another occurring the following morning, and Tommy (Sonny Kendall) is left upset as a result as he storms out. Kat gives chase and finds her son at the cafe, and he stops her in her tracks when he remarks that she’s much happier around Alfie than she is Phil.

Kat is left feeling awful over Tommy being so unsettled and thus she asks Alfie to leave to avoid any more confusion. Alfie is devastated, but Freddie (Bobby Brazier) offers some words of advice, telling him that he needs to earn his place back in Kat’s life.

Alfie has a lightbulb moment, devising a plan, while Kat confides in Stacey (Lacey Turner) about her confusion over Alfie and Phil. When she returns home, however, she’s delighted – and emotional – over Alfie’s big gesture, agreeing that they can all have a magical Moon Christmas family.

But their happiness is short-lived, as Phil subsequently arrives back in the Square, and he’s not pleased about Alfie getting his feet under the table, refusing to let Kat and the kids attend the Christmas carol fundraiser with him.

Will Kat rightfully put Phil in his place? Will she attend the concert with her children?

What’s more, who will she choose to spend the rest of her life – or at the very least, Christmas – with?