Kanye West made a very brief cameo in a McDonald’s Super Bowl ad, amid his growing tensions with Pete Davidson.

The Praise God rapper, 44, previously had fans convinced that a possible collaboration with the fast food giant was in the works – and it looks like they weren’t wrong.

The 30-second clip saw a string of people debating their order, repeating the phrase: ‘Can I get uhhhhhhhhhhhh….’

In true Ye style, he pulled up a the drive-thru in a huge tank – in a truly blink-and-you-miss-it cameo – repeating the same line.

There’s no denying that the dad-of-four stole the show, with viewers flocking to Twitter to question what they had just witnessed.

‘I did not expect a Kanye x McDonald’s commercial in #SuperBowl,’ a baffled fan wrote. 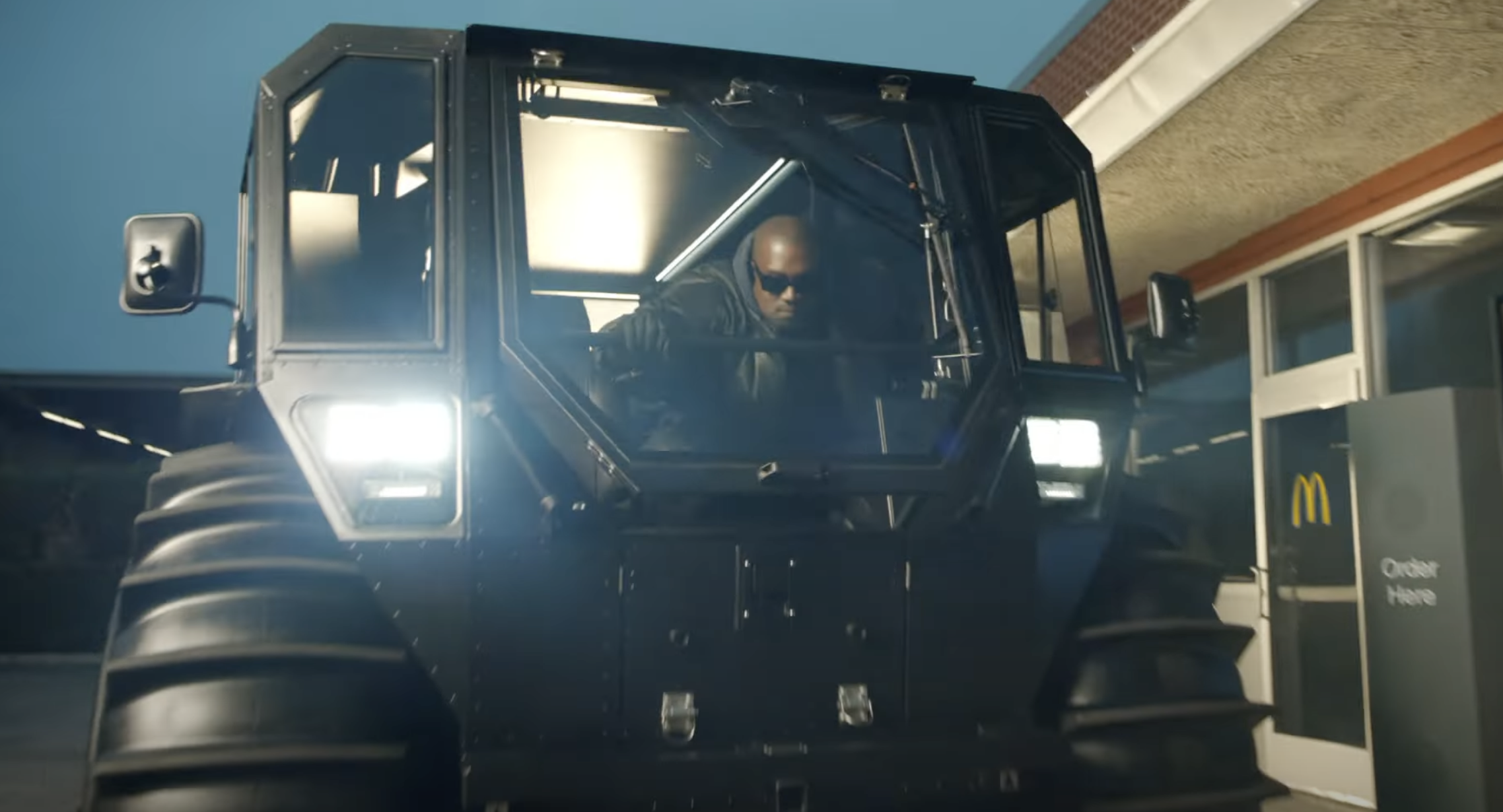 ‘NOT KANYE IN THE MCDONALDS COMMERCIAL #SuperBowl,’ a follower yelled.

He captioned the post: ‘NO YOU WILL NEVER MEET MY CHILDREN.’

Pete and Kim have yet to publicly respond to the posts, which are still visible on the rapper’s Instagram page.