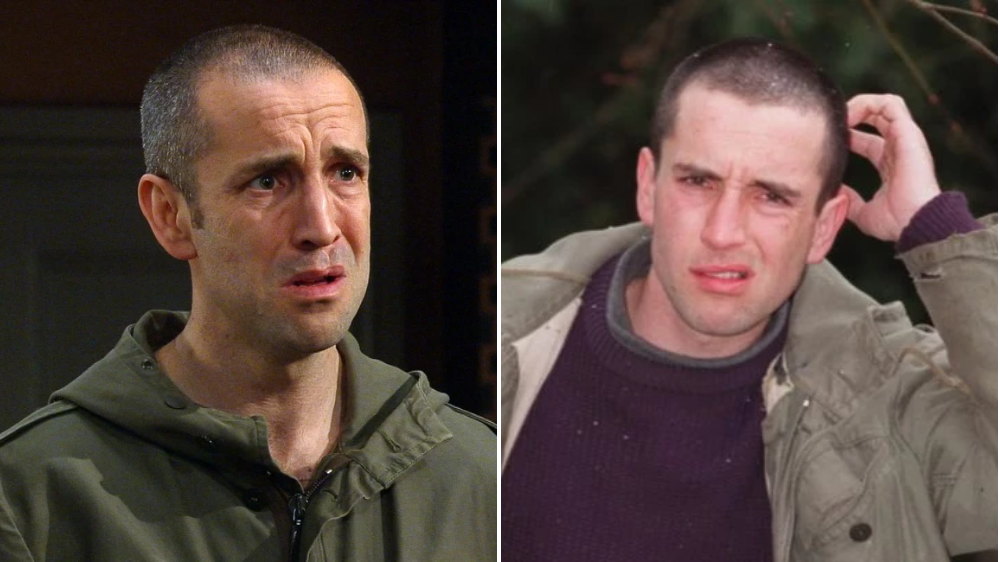 Working on Emmerdale has its own very specific challenges compared to other soaps, one of the being that, being a rural drama, there are quite often animals involved.

The 50th anniversary episodes are no exception. As a huge storm causes massive destruction in the village and surrounding area, one of Moira (Natalie J. Robb)’s herds of terrified cows stampede – and Sam Dingle (James Hooton) and Nate Robinson (Jurell Carter) have found themselves right in their path.

It led to Sam jumping out of the path – and ending up impaled on mechanical equipment.

James Hooton enjoys the fact that he has to sometimes work with animals.

‘We should be farmers in our own rights,’ he told Metro.co.uk. ‘Feeding the pigs and the chickens and rearing all the animals we do on the Dingles’ farm.

‘There’s quite a good rural element still on the show.’

He went on to say that executive producer Jane Hudson ‘wanted to do a stampede of some description for many years and finally got her wish. It’s interesting they chose cows to stampede us.’

James reflected that it’s not the first time Sam has faced peril thanks to the animal inhabitants of the village, as he recalls a particularly fearsome bird.

‘There was a cock story many years ago, a cockerel Sam had an encounter with that ripped his hand to shreds,’ he remembered.

In this scene, which came early in James’s Emmerdale career, Sam had a cockerel he was struggling to get under control. He went into the Woolpack covered in cuts from the feisty bird and was advised by Seth (Stan Richards), ‘Right, what you’ve got to do son is, you’ve got to grab your cock.’

‘He couldn’t get the line out,’ James said in an interview later. ‘It took us about 45 minutes to do the one scene. That’s one of my stand-out memories – it was hilarious.’