Issa Rae opened up about her career, life and everything in-between in a candid interview with Bustle. Read more about what she had to say. 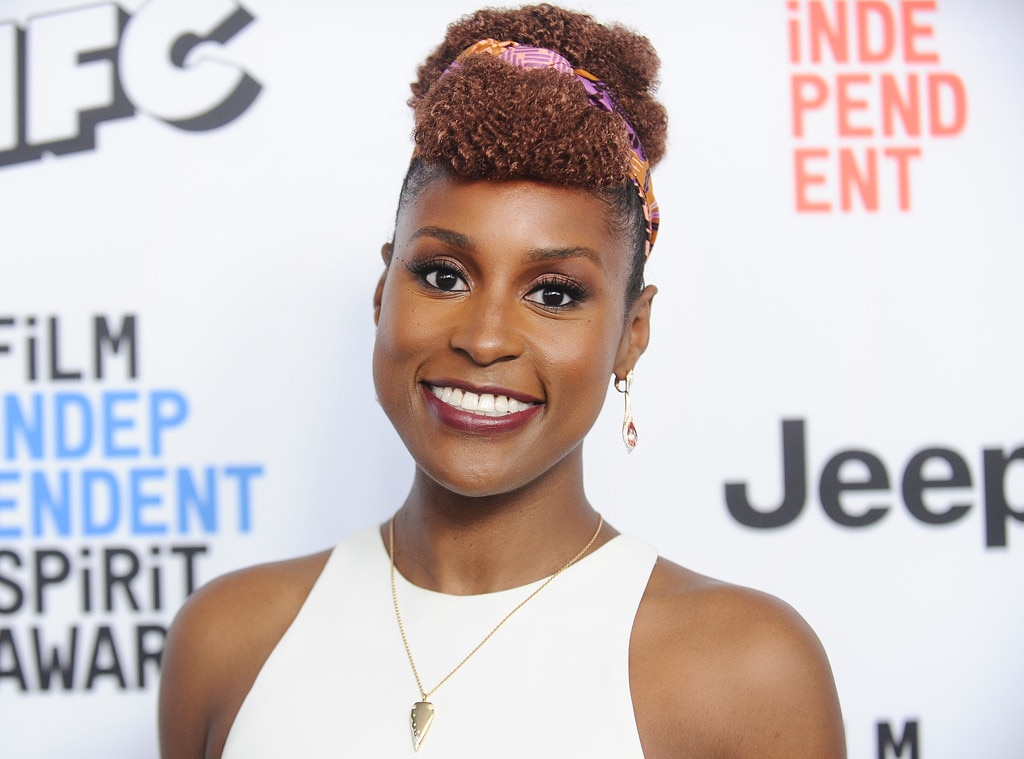 In a candid interview with Elaine Welteroth for Bustle, the Insecure star opened up about her career, life and everything in-between. Although the 35-year-old actress is known for being notoriously private, she explained how her real-life friendships and relationships have played a part in her hit HBO series—which she created.

Case in point? Issa compared the season four storyline—in which her character of the same name has a falling out with BFF Molly (played by Yvonne Orji)—to her own experience.

"It's something that I've been through, too, where you can't control where your life goes," she explained, adding that her close friend at the time was dealing with something she had never struggled with.

At the same time, Issa said she felt that her friend couldn't understand her either.

"And, for me, I was launching my career, and I felt like she wasn't there for certain milestones and didn't understand or respect what I was doing," she shared. "And that's not her fault. She was a doctor and she knew a very specific path that wasn't as forgiving or as thoughtful about the milestones that I felt like I accomplished…"

Put simply, the actress said, "So it was neither one of our faults, but it accumulated, and we've never been the same since."

Inside Vanessa Bryant's World Since Losing Kobe and Gianna

For Issa, she explained that it felt natural to show that kind of friendship dynamic on season four of Insecure. "…We felt like the characters in the last season were building to this point of not being on the same page, and they had fought before," she noted.

Plus, the HBO star pointed out that "friendship breakups" are just as complex and heartbreaking as a romantic split.

"We don't really get these stories that are rich and treated with the same sincerity and hurt and anguish that romances are," she expressed. "Friendships are relationships. They are romances; you love your friends."

"And nobody respects friendship breakups in the same way as you respect a romantic breakup, but they affect your life, and you take them for granted, and there was something so beautiful about examining the little paper cuts, which almost hurt more," she added. "That was something that we broke down from the beginning, examining what happens when it's nobody's fault."

Unlike Issa's character on the television series, she's uber private about her personal life.

As she described, "I've always been private even in my friendships, because I'm like, 'Oh, people don't care.'"

"I joke that my friend scarred me because I was telling my business in high school, and she was like, 'But, Issa, nobody cares. Stop.' And then I was like, 'Don't nobody do care. That's true.' That stuck with me," she continued. "Or even hearing, again, in my friendship circles, people that talk s–t about relationships and root for your s–t to fail in so many ways. I don't want to give anybody anything to wish to fail."

Aside from not wanting that negative energy, Issa mentioned how weird it is for strangers to comment on her personal life.

"I remember, back in the day, I used to post my relationship from a long time ago," she recalled, "And I remember I saw these commenters that I didn't know, comment on an old picture and be like, 'See.' And I was like, 'Oh, I don't like this.' And then, from that point forward, I was like, 'Oh, I'm never acknowledging anything.'"

The one thing Issa won't keep to herself? Fighting for equality. In the wake of the Black Lives Matter movement earlier this year, the writer and producer brought up that there's still a lot of work to be done in Hollywood.

"Since we've had these uprisings, since we've had these Hollywood conversations, I've been on white-ass sets that are acknowledging why we need diversity. So I'm like, 'Something's really clicking,'" she said. "But I don't know what else to tell you. I can only show you or do it, but I'm not the one. I am tired. I got exhausted having these conversations the other day, where I'm like … I don't want to be the tokenized person for you to talk about these experiences with. But I've said that before, too, and I still am."

When asked if "it's annoying" when people look to her for advice and guidance, she responded, "Well, it's definitely not annoying that they're making [it] a priority, but it is annoying that it is like, 'Well, what should I do?' And it's like, 'Do the f–king work. Just do it, find it.'"

"You create worlds out of nothing, but you can't find a Black PA or a gaffer or whatever? Google, get references," she added. "It's so easy. That's what I do. They don't fall in my lap—I seek it."