Issa and Lawrence finally meet up on the May 31 episode of Insecure. They head out for dinner and drinks and discuss all the new and exciting things in their lives. The two have grown exponentially since their breakup in season 1 and have moved on to other things, but old feelings linger. Here’s how the evening unfolded and concluded. 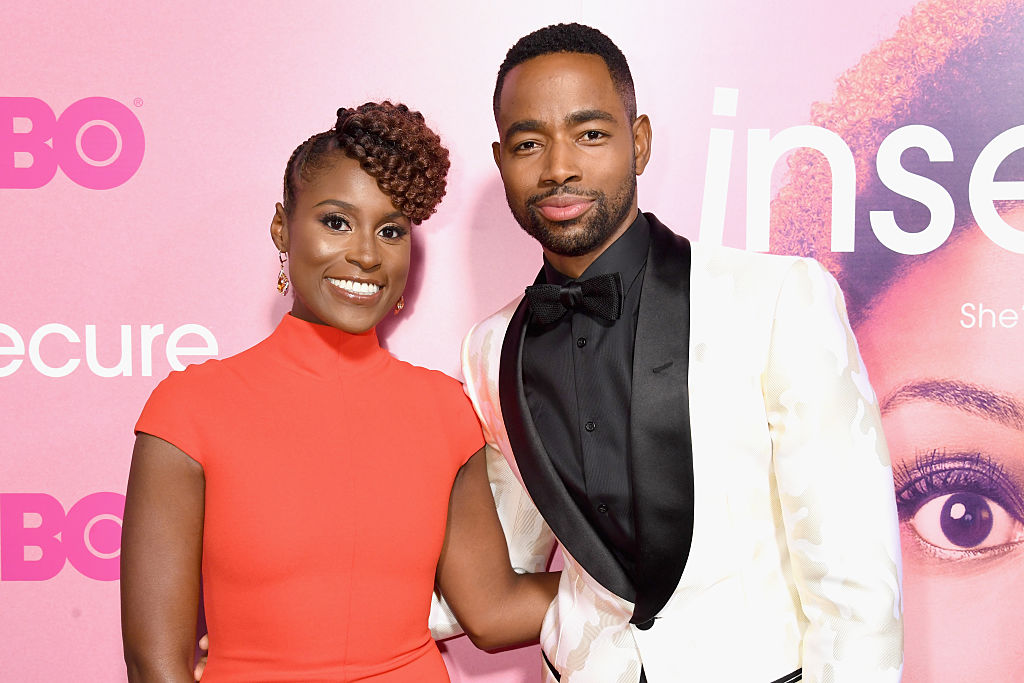 A recap of ‘Lowkey Happy’

“Lowkey Happy” opens with Issa arriving at a restaurant to meet Lawrence, who asked her out in episode 7. She takes a tumble on the way in because of course she did. But it’s not so bad when she realizes Lawrence has her old favorite, Prosecco and Whiskey, waiting at the bar for her.

The conversation begins with the two talking about what they’ve been up to. Issa tells him about the block party she had in episode 6 — her first effort as a “culture curator.” Lawrence says he wanted to come but has been busy with his own things. He most recently flew to San Francisco for a job interview, hoping for a change in career.

They continue to talk, but as the restaurant starts to fill up, they decide to leave and head somewhere else. Lawrence orders an Uber Black, reflecting yet another change in his circumstances since their breakup.

“OK, black car! I see you!” Issa exclaims, to which Lawrence replies: “Well, yeah, maybe I changed too.”

On the way to the next restaurant, the driver prods them on their relationship. Lawrence confesses that he wanted to marry Issa at one point and even bought a ring. It’s a total surprise to Issa and for a second, viewers see a look of “what if” on her face.

@Luvvie breaks down the latest #InsecureHBO . Check out her recap of 'Hella Disrespectful' – [link in bio]

Issa and Lawrence arrive at the next place

Once they settle in and order food, Issa asks him why he invited her out. He had told her he needed to talk about something but dodged the topic the entire night. Lawrence confesses that he had been having thoughts about them, their breakup, and what would have happened if they stayed together.

Issa opens up and tells him she wished he hadn’t given up on them so quickly. Asked why she cheated with Daniel, Issa tells Lawrence he gave her attention and made her feel wanted. He owns up to being distant, explaining that he was dealing with professional struggles.

After some back-and-forth, Issa excuses herself to the bathroom. Lawrence notices that Condola has texted him to meet up and replies saying he’ll contact her later.

RELATED: ‘Insecure’: Will Issa and Lawrence Get Back Together? Jay Ellis Finally Answers

After dinner, the two head outside and start to say their goodbyes. Just as they’re about to split up, they run into Calvin, who tells them about a local art event. Heading over, they crack jokes and talk about what makes them happy. Issa tells him that she is trying to create happiness for herself while Lawrence makes similar remarks.

Mid-conversation, he receives a call from Condola. When Issa notices, he tells her they are still talking but unsure of what’s going to happen with them. Issa seems slightly salty but takes it on the chin.

Later in the evening, they share a ride home. This time Issa orders the Uber — the regular kind because, though her finances have improved, she’s not balling like that just yet.

Lawrence invites Issa inside to see his new pad, which isn’t far from her apartment. It’s a total upgrade but contains items that are reminiscent of their relationship. Perplexed, Issa once again excuses herself to the bathroom. Lawrence steps outside and calls Condola back, telling her that he might be able to come and meet her.

Overhearing the conversation, Issa tells Lawrence she should head out anyways before the Uber leaves. But she doubles back and says she’s not ready for the night to end. Lawrence agrees that the evening made him happy as Issa says he makes her happy.

They share a kiss and later make love. The next morning, they briefly talk about San Francisco before Issa gets up to leave. Lawrence offers to take her home but Issa would rather walk. She thinks about her life on the way home and smiles.

Read more: ‘Insecure’: Will Issa Rae Extend the Episodes to be 1 Hour Long?