(Reuters) – Facebook Inc and Snap Inc became the latest U.S. companies condemning racial inequality in the United States as violent protests flared up across major cities over the death of George Floyd, an unarmed black man who died while in police custody in Minneapolis last week. 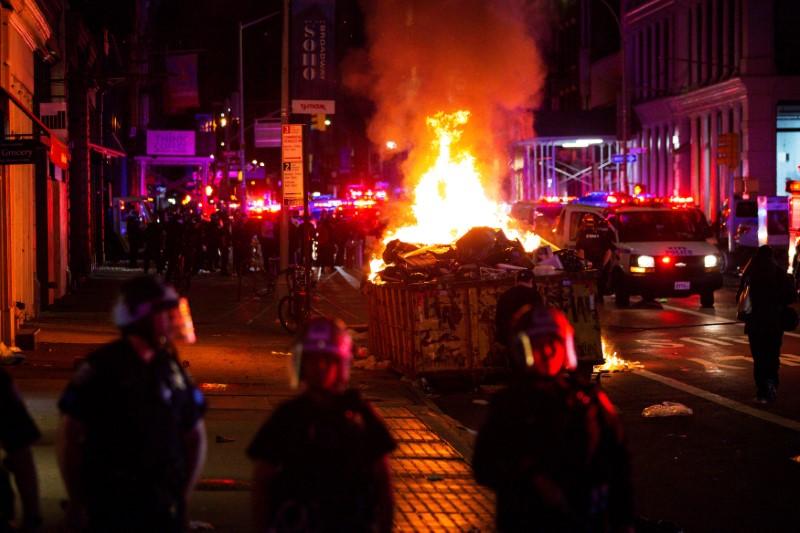 “We stand with the Black community – and all those working towards justice in honor of George Floyd, Breonna Taylor, Ahmaud Arbery and far too many others whose names will not be forgotten,” Facebook’s Chief Executive Officer Mark Zuckerberg said in a Facebook post late Sunday.

He said the social network will commit $10 million to organizations that are working on racial justice.

The arrest of Floyd, 46, was captured by an onlooker’s cell phone video that went viral and showed a police officer restraining him while pressing his knee on Floyd’s neck as he moaned: “Please, I can’t breathe.”

His death caused yet another round of outrage across the nation on the treatment of African-Americans by police officers, polarizing the country politically and racially as states begin to ease lockdowns during the COVID-19 pandemic.

“I am heartbroken and enraged by the treatment of black people and people of color in America,” Snapchat Chief Executive Officer Evan Spiegel said in an internal memo.

“We must begin a process to ensure that America’s black community is heard throughout the country.”

On Friday, Nike flipped its iconic slogan to raise awareness about racism.

“For Once, Don’t Do It. Don’t pretend there’s not a problem in America. Don’t turn your back on racism,” the company said in a video that has over six millions views and was shared by celebrities and rival Adidas AG.