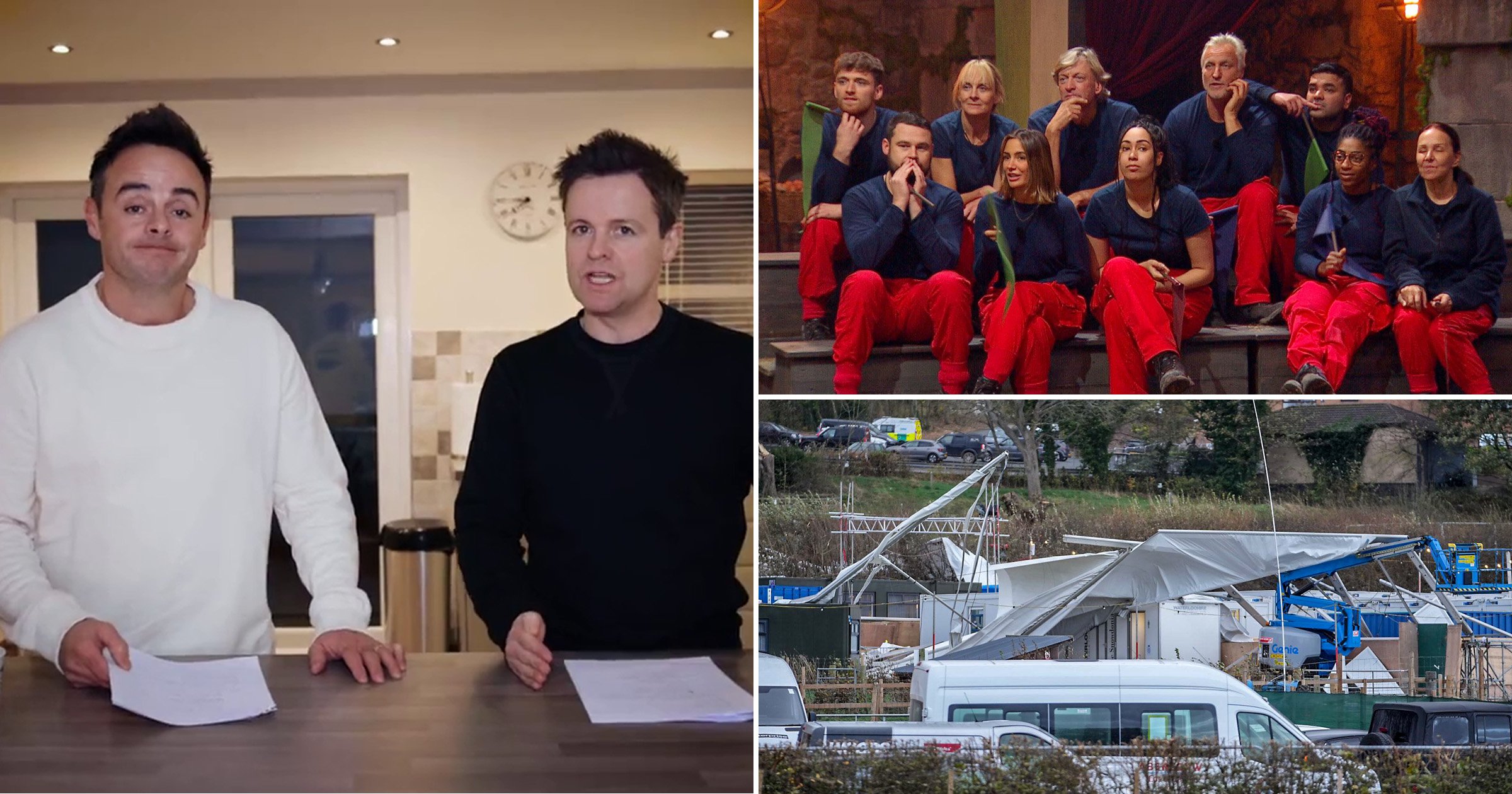 I’m A Celebrity… Get Me Out Of Here bosses have confirmed the celebrity contestants have been removed from the castle.

ITV bosses released a statement saying: ‘Whilst we get the production base back up and running after suffering technical issues due to the storm, we have removed the celebrities from the castle.’

The campmates will remain in quarantine to ensure they are Covid-safe until they can safely return to Gwyrch Castle.

It comes after Friday’s episode was the first one to be pre-recorded amid the extreme weather conditions.

Show bosses confirmed on Saturday that there would not be any new episodes over the weekend due to technical issues caused by the storm.

They said in a statement: ‘Owing to technical difficulties caused by extreme weather conditions in the area, there will be no new episodes of I’m a Celebrity…Get Me Out Of Here! this weekend (Saturday and Sunday).

‘I’m A Celebrity…Get Me Out Of Here! will be replaced tonight and tomorrow night in the ITV schedules by compilation shows (voiced by Ant & Dec) featuring best moments from previous series.’

The show’s production base received heavy damage from Storm Arwen, with tents being destroyed, meaning all but essential staff were made to leave.

The series has had a rocky start with campmate Richard Madeley, 65, being forced to leave after falling ill in the early hours of Thursday morning.

He had to visit the hospital for tests and this meant he had broken the Covid bubble and was unable to return to camp.

There were also concerns over other stars walking out on the series, as Naughty Boy and Arlene Phillips repeatedly threatened to leave in recent days.

It is not yet known when the celebrities will be returned to camp, but they will be transferred back to the castle once it is deemed safe to do so.