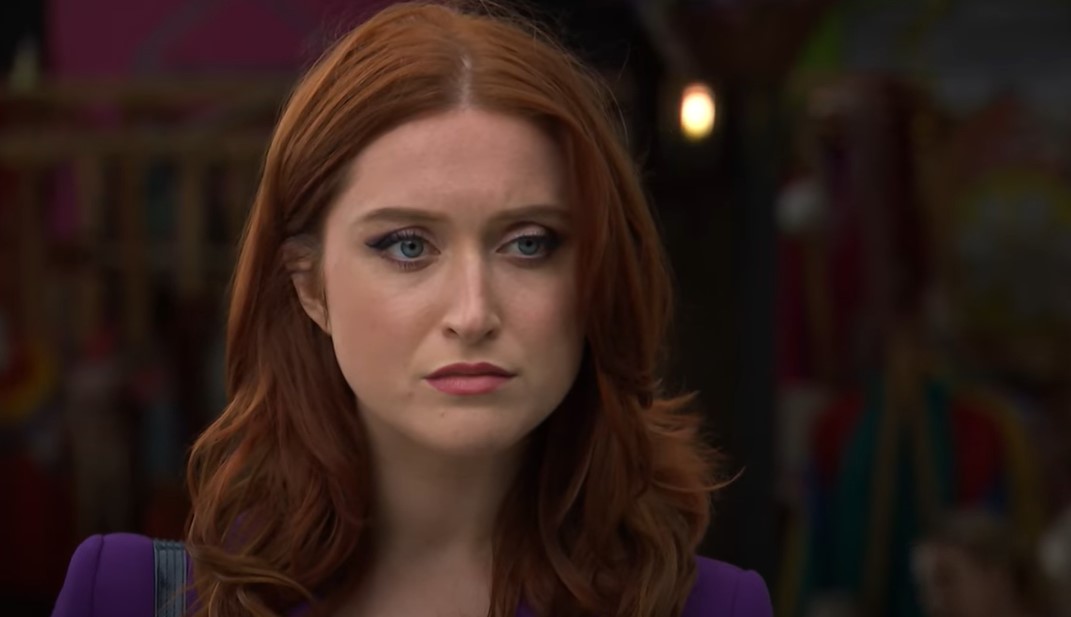 Hollyoaks fans are still recovering from the devastating twist which saw viewer favourite Verity Hutchinson die in the ambulance after being violently attacked by Bobby Costello.

Joining Metro.co.uk for a chat to react to the exit, Eva O’Hara has enthused that she couldn’t be more delighted with her dramatic exit, though she also has a huge amount of emotion to be saying goodbye to the soap.

‘It’s so bizarre to say it’s enjoyable to have a grizzly end, but I really did want her to go out with a bang!’ she smiled when we caught up.

‘In a strange way she deserves something quite final and quite dramatic. I had so much fun doing the stunts but there was perhaps a small ,strange sadistic hope that she would have quite an action packed way out.’

‘I felt a strange delight that she was having something quite final. I really love the reaction from fans when something big happens so there was something joyful in that.

‘There’s a strange feeling of a door being closed, of course. There’s a sort of full stop I’m ok about. It’s just bringing yourself to shut a door.

‘I do think Verity’s legacy will live on. I’m ok with that and I think it’s a positive. Although she’s made mistakes she has been quite a fierce, strong female presence. I hope that will live on in other characters.’

As Bobby pushed a bookcase onto her, verity stumbled out onto the street, bloodied and dazed.

It seemed like she might survive, but after a cardiac arrest, she sadly died, leaving a major gaping whole in the soap.

‘There were real paramedics in the scenes with me administering CPR and giving me oxygen,’ Eva revealed.

‘It’s the attention to detail, muddying up my trousers and my cheeks as if I’d been out in the village stumbling around. T

‘There was a real collective effort to make it the best and most accurate it could have been. It was quite something to film.’

After nearly three dramatic years, Eva is keen to see what else is out there and already has a theatre role lined up in the new year.

But she declares that it a difficult decision to leave.

‘Of course I don’t have a bad word to say about my experience at Hollyoaks,’ she reflected.

‘Particularly with this most recent storyline over the last year, focusing on misogyny, it’s filled me with so much pride. It was not a decision taken lightly in any way.

‘The original decision was seeing what’s out there and having a change. Back to auditioning, really. I’ve got some projects coming up. ‘It’s sad to leave Verity but exciting to see what might be in the future.

‘I’ve always had a taste for these action-packed, full-on, committed sort of parts, but I’ll try anything. Verity was absolutely a dream role, but very high maintenance and feminine. It might be interesting to play someone less… womanly!’

Eva is moving on, but she will miss Hollyoaks tremendously, especially the bonding on set and the laughter.

‘I could literally talk for hours about what I am missing and what I will miss,’ she enthused. ‘I was telling my mum about how adorable the chats are between takes.

‘Everyone there is committed and compassionate. The absolute fortuitous nature of everyone I’ve worked with. They’re adorable and gorgeous. I’ve been so lucky to be surrounded with such positive, hilarious, colourful people. It’s been so gorgeous.’

So will she be watching her final scenes – and be keeping up with the show to see if, well, people will at least cry at her death?

‘Now I’m talking about it I’m just “How can I not see this?”‘ Eva reasoned. ‘I really never watch myself back so it’s kind of odd to watch it, particularly because I’m dying.

‘You get so many angles and so many takes it’s always really interesting to know what angle was taken and how much they’ve gone with.

‘Because I’ve filmed it I have an idea of how the scenes may turn out. There’s going to be this big memorial and the aftermath with Eric. I cannot wait to watch these scenes. And an angel that Tony puts on a tree has ginger hair! Verity’s going to keep living on for a bit.’

In fact, could she live on forever? It’s not like Hollyoaks hasn’t had its fair share of ghosts and fake deaths.

‘I’m ready for a ghost!’ she laughed.

‘As long as I can be on a wire and flying around the village or something. My absolute final scene I’m under a sheet in hospital.

‘You can see my hand which Shaq put a ring on – but maybe it’s not Verity under the sheet?

‘I really enjoyed that being one of my last scenes as well because literally the script said “Verity lies still.” I thought wow, this is my job.’

Sadly for the legions of fans who grew to love her, Verity will be lying still forever.