Holby City favourite Jac Naylor (played by Rosie Marcel) will exit the BBC medical drama after getting caught up with her troubled boyfriend’s drug dealer. The surgeon’s final scenes will air in an explosive instalment next week following the fallout of her decision to standby Kian Madani (Ramin Karimloo). Will Jac pay with her life for trusting her boyfriend or will she walk out of Holby City General to start a new life?

After 16 years on the show, Rosie decided it was time to leave the medical drama behind to spend time with her family.

“I’m sad obviously,” she revealed. “I love the show and I’ve been there a really long time.

“But it got to a stage where I was just so tired and I really needed that break, to the point where I’ve not really done anything else and I don’t want to – I want to take time off.”

“I’m well slept currently which is very nice. Homeschooling is obviously very difficult for everyone at the moment and I’m very grateful that I can be here and do it. I am feeling good and positive,” she told Digital Spy. 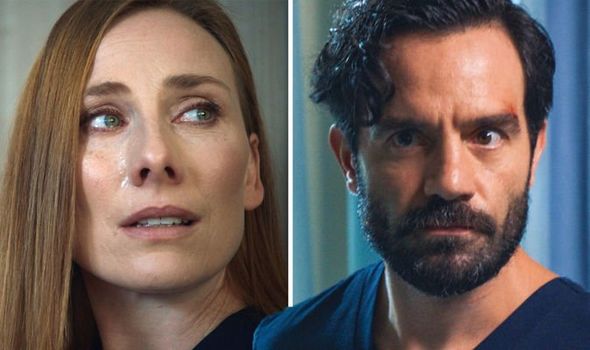 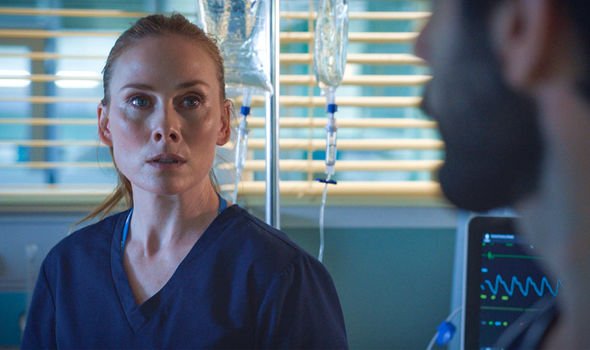 The actress explained she wanted to take a step back from Holby City as she feels she hasn’t spent enough time with her husband or daughter.

Rosie admitted now was the perfect time to leave the drama after fearing she’d “regret” it if she didn’t.

In tonight’s instalment, viewers will watch the beginning of Jac’s exit storyline unfold as Kian’s drug dealer is brought into the hospital. 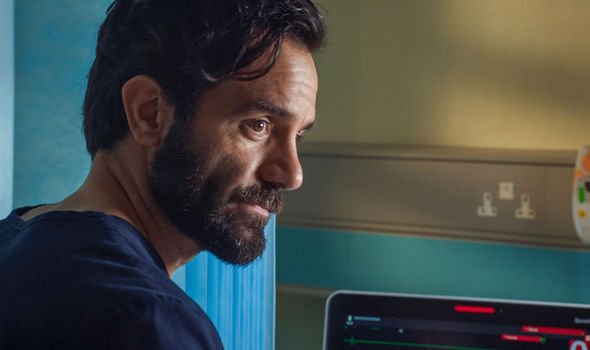 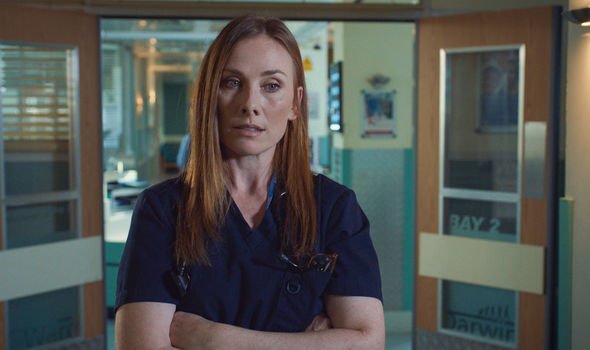 Having gotten into a fight in prison, Jac is responsible for Sarah Jane’s care but the day will end in disaster.

It’s not long before the drug dealer causes chaos in the ward and Jac is desperate to keep in control.

The surgeon begins to worry Kian is falling back into old habits as she urgently tries to get through to him.

However, the situation goes from bad to worse when Jac and Kian are held at gunpoint.

Holly City has confirmed not everyone will make it out of the hostage trauma alive but who will the fatal shot be aimed at?

A gunshot will be heard throughout the hospital but fans will have to wait till next week to find out Jac and Kian’s fate.

Will Jac be rushed to surgery before dying in the hospital she loves or will she wave goodbye to Holby City General following her boyfriend’s tragic death?

Beka urges her dad to open up about his grief for Elise Di Lucca (Kaye Wragg) and reaches out to Lucky when she fears she can’t get through to him.

Before she leaves, Beka shares a touching moment with her father in the hopes he’ll get some professional help.

Will Sacha find a way to move on from Elsie’s heartbreaking death?

Holly City continues on BBC One tonight at 8pm.