His Dark Materials season two arrives on HBO and the BBC this month and viewers have been waiting to see what Lyra Belacqua (played by Dafne Keen) discovers after she entered the portal to another world. Season two follows Lyra and Will Parry (Amir Wilson) in the ‘city in the sky’ as they attempt to find out more about Lord Asriel’s (James McAvoy) plan. The cast spoke exclusively to Express.co.uk and other media about where the series is filmed and set.

Where is His Dark Materials set?

Fantasy drama series His Dark Materials is set in multiple worlds, where the main characters cross from one world to another through magical portals.

In Lyra’s world, each human has a daemon who acts as a part of their soul, and Lyra’s daemon is Pan (Kit Connor).

The orphan from Jordan College in Oxford is keen to find out more about a dangerous substance called ‘Dust’, which her father Lord Asriel is somehow connected to.

At the end of the first season, Asriel managed to open a portal to another world, known as the ‘city in the sky’, and Lyra travelled through the portal with Pan.

The new setting is called Cittàgazze – which is reached through a window between worlds, and it can be seen in the Aurora borealis or the Northern Lights. 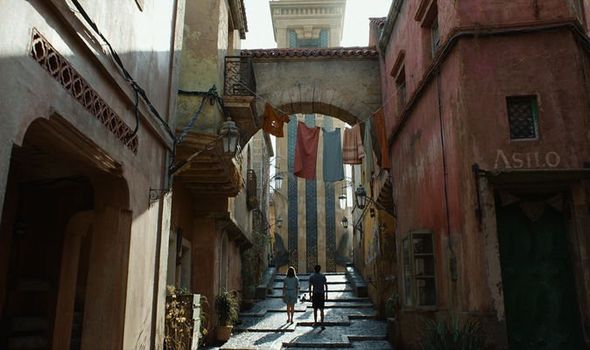 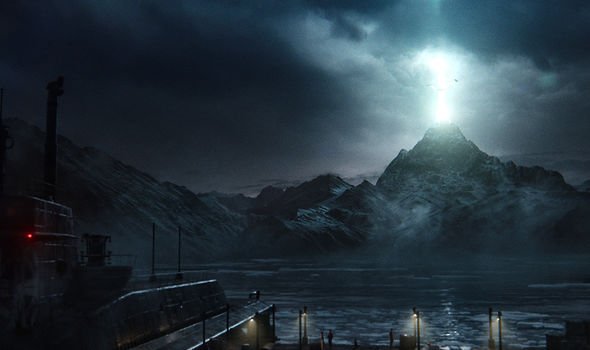 Lyra actress Keen spoke to Express.co.uk about the incredible set for the mystical city, which is similar to our own in terms of its technology.

She said: “Firstly I was told it was where we kept the trailers, then I came back and there was this entire town which was built in a parking lot basically.

“It was so big, I genuinely got lost a few times, like it was that incredible. You went into shops and it had a bread shop with real bread, it was so realistic it actually felt like you were in a different city, in a different world.”

Will actor Wilson added: “They built this massive town and it had a barbers shop, a bread shop, it helped me as an actor as it felt like I was really in Cittàgazze, it was really good.”

Will’s world will feature more prominently in season two as he takes Lyra back to Earth with him to meet a university professor, Mary Malone (Simone Kirby). Mary is able to tell Lyra all about dark matter, which Lyra refers to as ‘Dust’.

The second season also introduces a new clan of witches, including Ruta Skadi (Jade Anouka) as they clash with the Magisterium. 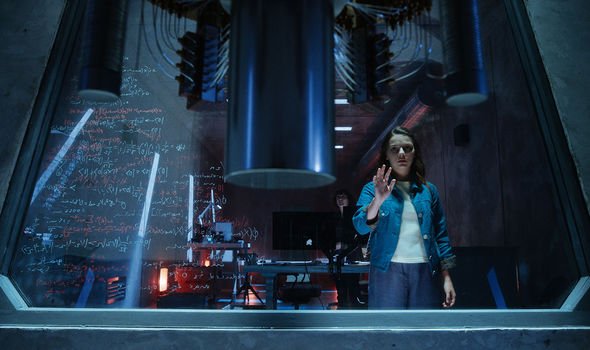 Where is His Dark Materials filmed?

The main filming locations for His Dark Materials include Oxford, with the fictional Jordan College set created at the real New College.

Of course much of the set is created through CGI, with studio work carried out at Wolf Studios in Cardiff.

The series also includes shots of London, in particular for the Magisterium headquarters, and many outdoor shots of the beautiful landscapes were filmed at Brecon Beacons National Park.

Fans were keen to find out how the shots of walking through portals are created, and while a lot of the scenes include CGI, actor Wilson said: “They make a fence out of wire and they can adjust the size. In Will’s world I just walked into a bush. There wasn’t much space there and I just went straight into a bush. “

One of the main locations for the second season, Cittàgazze, was another set built at the Bad Wolf Studios in Cardiff. 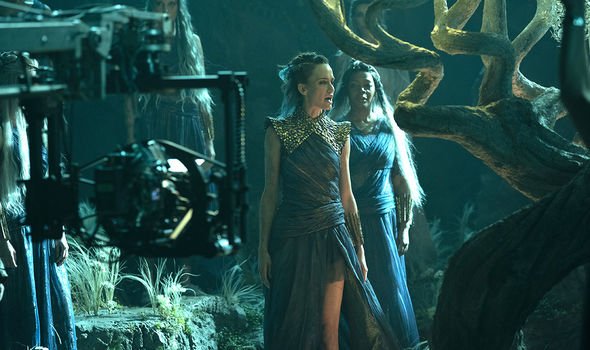 Back in August 2019 fans spotted Keene and Wilson filming at the Botanical Gardens in Oxford, and they shared some photos on Twitter.

Keen is on Instagram and she shared some photos and videos from the set, including one of herself as Lyra jumping out of a ground-floor window onto a crash mat as part of a stunt.

As well as focusing on Oxford this season, season two brings new technology to life and producer Jane Tranter explained how it was visually represented, saying: “The Magisterium is part of Lyra’s world, the thinking was the whole point of the Magisterium was that they wanted to suppress knowledge and control information, they aren’t very ambitious.

“Lyra’s world has evolved much more slowly than our world. It’s exactly the opposite of Asriel who is there to acknowledge all the things life can give us.”

Other locations throughout the series include Blaenavon in Wales, which was used to create the set for Trollesund, and the Plasturton Gardens in Cardiff.

Fans have been waiting for almost a year for the new season to air, so they are excited to see the new world Will and Lyra have discovered.

In a trailer for the series, Lyra and Pan are nervously exploring Cittàgazze when they come across a strange tower, which is believed to hold the key to finding the Subtle Knife.

This season will welcome back Ruth Wilson as Marisa Coulter, Ariyon Bakare as Lord Carlo Boreal and Ruta Gedmintas as Serafina Pekkala.

His Dark Materials airs on BBC One on Sunday, November 8 at 8.10pm