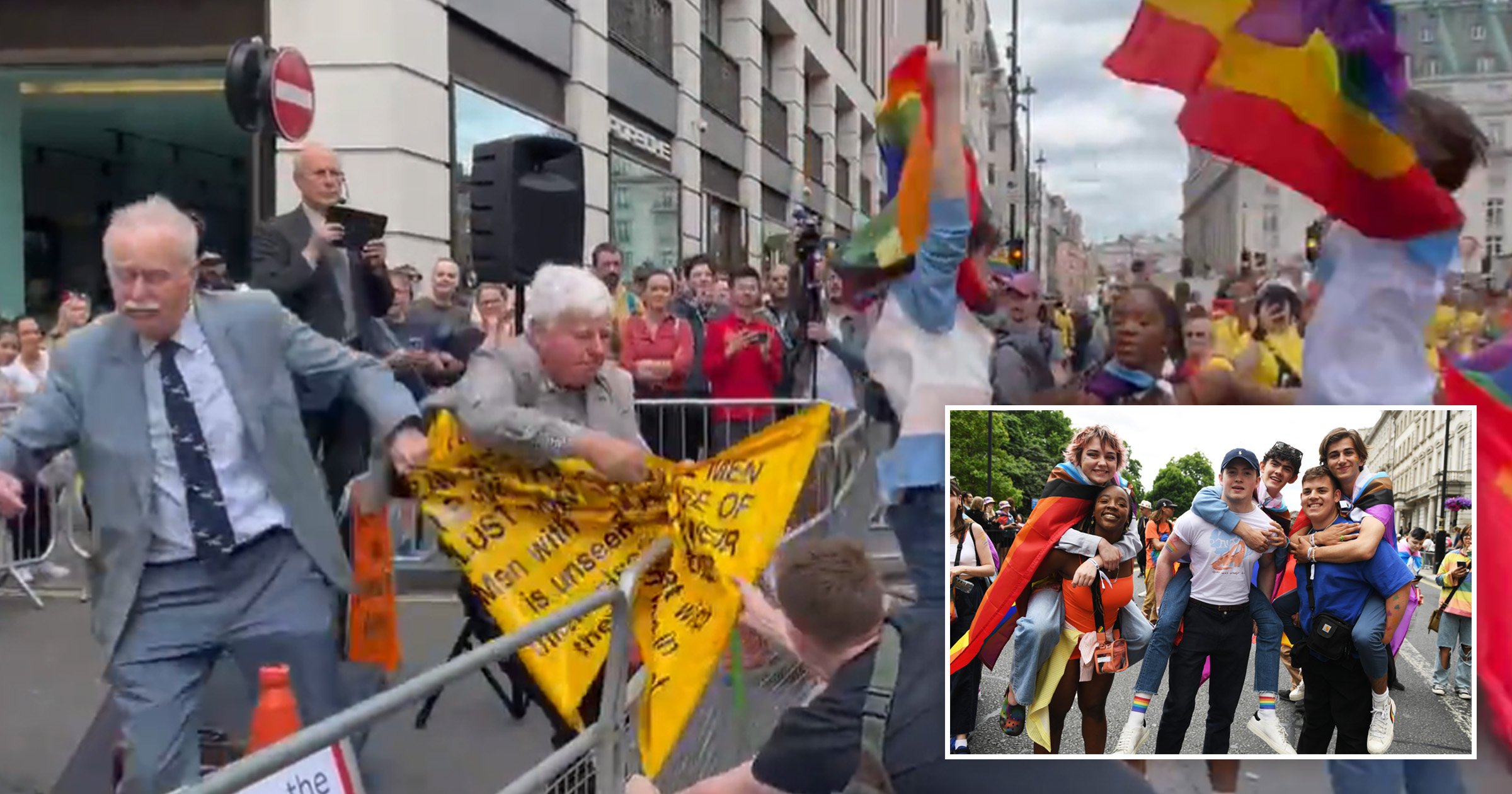 The Heartstopper cast were already our fave people, but watching them dance in front of anti-LGBTQ+ protestors at London Pride will make you love them even more.

Thousands of LGBTQ+ people and allies have taken to the streets of the capital today to mark the 50th Pride in London, donning their brightest colours and expressing themselves in the boldest ways.

Sadly, a group of protestors also decided to show up, waving signs with anti-gay messages on, trying to prevent the community from celebrating.

But, the people of London were not prepared for the protestors to dull their sparkle, as one youngster approached the elderly men at the railings and tried to grab his sign.

As he did this, I Wanna Dance With Somebody by Whitney Houston blasted over the speakers, with the cast of Netflix’s Heartstopper enjoying a joyous boogie and flipping off the protestors.

It truly was a sight to behold, as Joe Locke (who plays Charlie Spring) and Sebastian ‘Bash’ Croft (Ben Hope) jumped around wearing rainbow flags, waving middle fingers and blowing sarcastic kisses to the group.

Pride in London is an opportunity for queer folk and allies to protest for change and progress, while also promoting visibility and celebrating individuality.

London’s first Pride was led by the Gay Liberation Front in 1972.

This year marks 50 years of Pride, so it seems only fitting that Metro.co.uk goes above and beyond in our ongoing LGBTQ+ support, through a wealth of content that not only celebrates all things Pride, but also share stories, take time to reflect and raises awareness for the community this Pride Month.

And we’ve got some great names on board to help us, too. From a list of famous guest editors taking over the site for a week that includes Rob Rinder, Nicola Adams, Peter Tatchell, Kimberly Hart-Simpson, John Whaite, Anna Richardson and Dr Ranj, as well as the likes of Sir Ian McKellen and Drag Race stars The Vivienne, Lawrence Chaney and Tia Kofi offering their insights.

During Pride Month, which runs from 1 – 30 June, Metro.co.uk will also be supporting Kyiv Pride, a Ukrainian charity forced to work harder than ever to protect the rights of the LGBTQ+ community during times of conflict, and youth homelessness charity AKT. To find out more about their work, and what you can do to support them, click here.