Now that Netflix’s new docuseries Harry & Meghan has landed, fans are sharing their thoughts on the first volume – and so far the reaction has been divided. Currently, three episodes have been released on the streaming platform, so fans will have to wait for the latter half, scheduled to drop on December 15.

Already trending on Netflix, it’s hardly surprising that the docuseries has attracted a huge viewership, and this is what fans have been saying about the first three episodes… 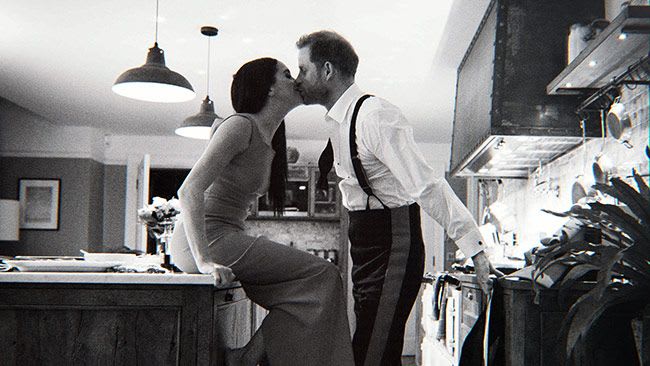 Among the endless comments and retweets on Twitter, a number of users have praised Prince Harry and Meghan Markle for their decision to take part in the documentary, as well as their loving relationship, while others have criticised the couple.

“Nope not for me, absolutely uninterested!” tweeted one. “Don’t believe the hype,” added another. Meanwhile a third commented: “Two words I’d love to never hear again, ever….Harry and Meghan.”

MORE: How many episodes are there in the Harry & Meghan documentary?

However, the documentary has largely attracted praise from Twitter users, with many finding the episodes to be extremely emotional.

A number of viewers have praised the couple’s loving relationship

“Well I’ve watched the first 3 episodes of #HarryandMeghan and I [expletive] love them both!!!” wrote one.

“YES! I am so upset I have to work!!! I’ve only been able to see about 45 minutes so far & it is FANTASTIC! Good for #HarryandMeghan for taking back their own story. #HarryandMeghanNetflix,” added another.

A third penned: “I watched it all, spent the first episode in tears…so proud of Prince Harry and Meghan. There are no words for my feelings towards the hate, I’m so so thankful Harry found his soul mate and they live a happy life with beautiful children and are free to a certain extent.”

Like this story? Sign up to our What to Watch newsletter and get the heads-up on the shows and films everyone’s talking about.