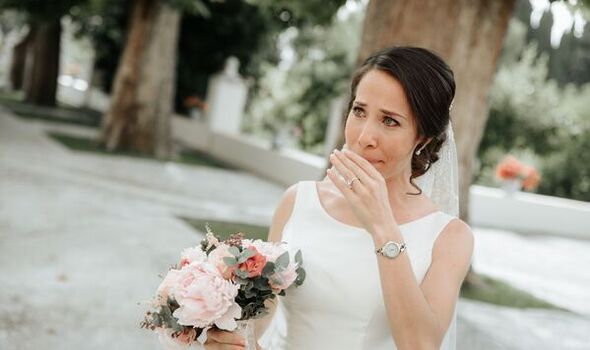 A bartender left to serve a large wedding party on her own walked out mid-shift – but it left the guests “fuming”.

The woman, who had recently taken a second job at the hotel bar as “needs must”, feels no remorse at her decision because she claimed she was subject to “insults and abuse” and “sexual harassment”.

The bartender, a single mum to two teenagers, was left to serve more than 200 people on her own.

When she finally reached the end of her tether, the mother “f***ed off home (it was about 11.30pm at this point) where I spent the rest of the evening drinking wine and watching TV.”

Writing on parenting forum Mumsnet, the woman said: “I did feel slightly guilty that my actions [may] have ruined a wedding reception but then I didn’t care, it’s their own fault for being c***s to me. They weren’t a nice lot at all.

“Eventually the poor girl at front desk got it (the backlash) which I feel awful about, I didn’t consider that. She was unable to serve them as had to be at the front desk, but she dealt with them screaming at her all night. The wedding party are fuming, have all left terrible reviews (I’ve read it and it’s full of personal insults about me) and are demanding a full refund from the hotel which will likely need to be granted.

“They were that busy trying to sort out the lack of bar they missed most of the dancing and food at their own wedding reception. I feel awful about my colleague at front desk but AIBU [Am I Being Unreasonable] to think the wedding party deserved it and to not feel guilty about them. It goes without saying that I no longer have a job there, but it’s a relief. I also feel smug that the sexist supervisor had to clean up after them the next day. That typically would’ve been my job at 3am after the function.”

Many staff members at the hotel bar have quit after no longer receiving tips, reports Liverpool Echo.

This left just three members of staff to tend to two weddings in two different function rooms, and a family party on in another room. Each employee was assigned to a function on their own.

“I had to manage a bar of 200 people completely alone. The managers left at 8pm, just as it was kicking off. Our bars shut at 2am so I knew I was in for it. The bar was always rammed with at least six people at any given time. By 11pm I craved the sweet release of death,” the Mumsnet post continues.

The mum alleged she suffered “sexual harassment” from “several different blokes” and was criticised for being too slow, while the best man “demanded” free drinks, and others called her “tight” for giving change in coins instead of notes. After repeated “insults and abuse”, the mum went to the basement to change the barrel where she had a panic attack.

It was at this point she decided to call it a day.

But her decision split opinion on the forum, with some backing her call and others criticising her for potentially ruining the wedding.

One Mumsnet user said: “What you did wasn’t great but I’d say it’s mostly on the hotel for understaffing the venue. And if you left at 11.30 surely they’d eaten and danced for hours so they hardly spent all night chasing you. Could have just declared to the guests that there was no barman rather than screaming at a receptionist for hours. Frankly amazed they didn’t serve themselves.”

Another posted: “Well done for walking out! They absolutely deserved it. If you can afford it, I might send some chocolates in for the front desk person. Not an apology as such as it’s not your fault – just a camaraderie sympathy box! Then don’t look back!”

A third shared: “I do feel a bit sorry for the bride and groom who will have paid a lot for their reception.”