Sophie Turner got one, Nikolaj Coster-Waldau might have got one, so now it’s Emilia Clarke’s turn to immortalise Game of Thrones on her skin with a tattoo.

Shortly after Jaime Lannister himself revealed his impressive, if not slightly disconcerting, Tyrion ‘tattoo’, Emilia shared the result of her brand new ‘fire and ink’ on Instagram.

“MOD 4 LYFE!!!!” she wrote alongside a photo of the tiny (and adorable) dragon tattoo on her wrist, adding: “made sure this mamma ain’t NEVER forgetting her babies…”

Is there a more fitting tribute to Drogon, Rhaegal and Viserion (especially poor Viserion) out there? No, we think not.

Of course, the cast and crew of Game of Thrones now have plenty of time to kill – hence the tattoos – as the final season of the hit series isn’t arriving until next year.

Helping to alleviate fans’ impatience a little, or perhaps just fuel it, co-creator David Benioff revealed at this years’ Emmys why season eight is taking such a “f**king long time”. 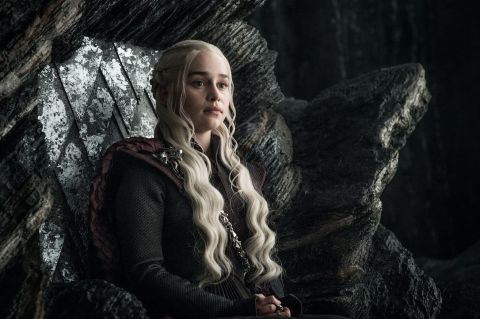 “Even though it’s six episodes, it was nearly a full year in Belfast either prepping it or shooting it,” he explained. “It’s quite extraordinary what the crew and the actors created, and I think when people see it they’ll understand why it took so long.

“No-one’s going on vacation or slacking off, it’s just that last season is far beyond what we’ve ever attempted before, and it is taking a really f**king long time – and I hope it will be worth it.”

Game of Thrones season 8 will premiere in 2019. The show airs on HBO in the US and Sky Atlantic and NOW TV in the UK. Season 7 is now available to buy on DVD, Blu-ray or digital download.