Fox News’ Benjamin Hall, seriously injured this week while reporting from Ukraine, is now out of the country, the network said.

“Ben is alert and in good spirits,” Fox News Media CEO Suzanne Scott wrote in a memo to staffers. “He is being treated with the best possible care in the world and we are in close contact with his wife and family. Please continue to keep him in your prayers.”

Scott did not provide additional details on his condition.

On Tuesday, the network confirmed that cameraman Pierre Zakrzewski  and Oleksandra “Sasha” Kuvshynova, who was working as a freelance consultant for the network, were killed when their vehicle was struck by incoming fire near Kyiv. Hall was with them as they reported on the Russian invasion.

A Ukrainian official, Anton Gerashchenko said that they were attacked by mortar or artillery fire by Russian forces.

Anchor Bill Hemmer told viewers that Hall was “now safe and out of Ukraine.”

Martha MacCallum said, “Good news, and we are all thinking of Ben and his family. And our thoughts and prayers go out to all of them. We hope for more good news to come in the days ahead.”

“His wife, they’ve been married seven years coming up this summer. His three young daughters back at home. Been a couple of heavy days around here, so that is a dose of good news for Ben.”

Scott’s message to staffers is below: 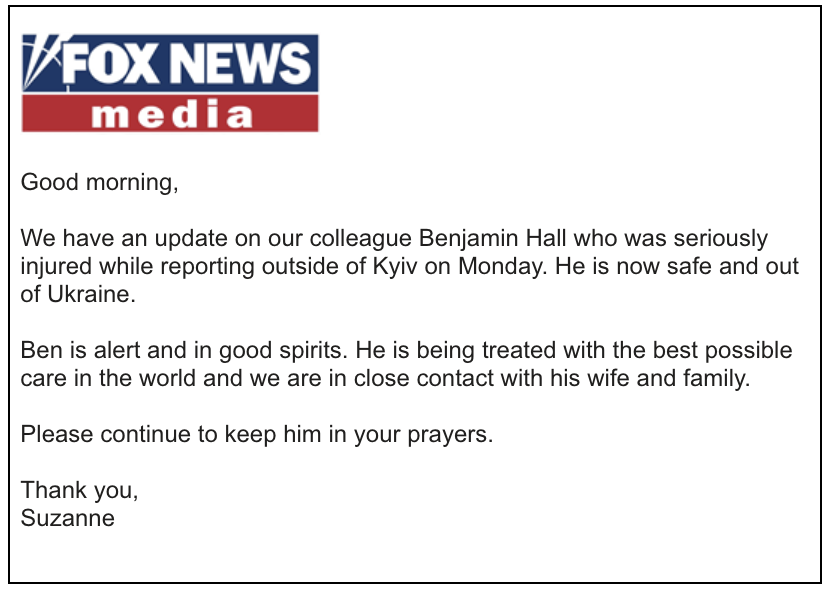 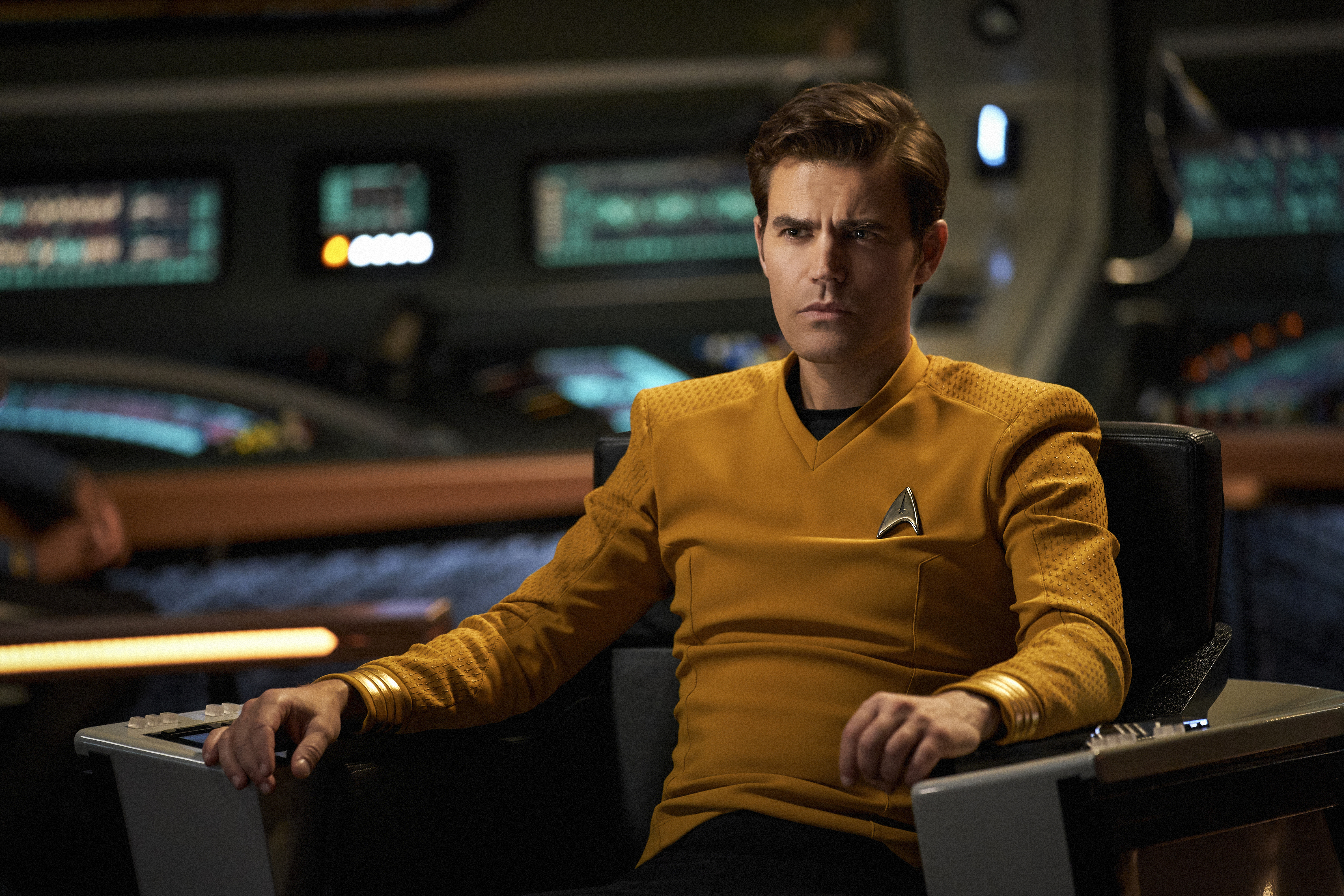