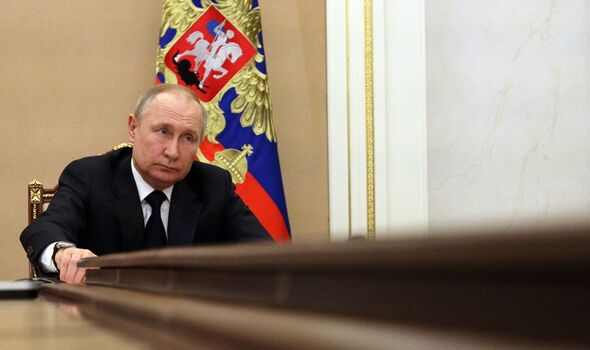 Officials are currently mulling over plans to water down net-zero rules in an effort to reduce the West’s reliance on Russia’s oil and gas exports. Since Putin ordered his troops to invade Ukraine, the UK, EU and the US pledged to reduce or end its imports of Russian energy. Now, officials are reportedly looking at a plan that would allow for new drilling projects to be given the green light on national security grounds.

These fossil fuel projects could go ahead even if the projects violates a ban on schemes that could foil the UK’s plan to reach net zero carbon emission by 2050.

This comes as the UK receives a major energy boost as a new gas field has been discovered under the North Sea off the coast of East Anglia.

According to offshore exploration and production company IOG, the field, which has the backing of US billionaire Warren Buffet, produced its “first gas” earlier this week.

The discovery could help the UK avoid the skyrocketing prices that are expected in the EU as Putin threatens to turn off the taps of the gas pipelines from Russia.

The Government is exploring various avenues to ensure the country’s energy security, including ending the ban on fracking and pushing for more energy imports from Saudi Arabia.

Drilling companies have to pass these stringent checkpoints in order to win drilling licences in North Sea oil and gas fields.

These checkpoints are designed to ensure that all future oil and gas projects meet strict criteria.

The Government is now looking for ways to sidestep these rules and boost Britain’s domestic energy supply, particularly if the country’s security is at risk.

Since Putin’s invasion of Ukraine, worrying data from the Poland-Germany border appears to show that Moscow is suspending gas flowing through the Yamal-Europe pipeline.

According to the data, gas supplies fell to just 939,809 kilowatt-hours per hour (kWh/h) from around 11.5 million kWh/h.

IOG chair Fiona MacAulay said: “With heightened energy security risks across Europe and the continued urgency of the energy transition, there has never been a more important time to bring new UK gas resources on stream.”

The EU, which is heavily dependent on Moscow for its energy needs, has promised to end its reliance on Russian fuel “well before 2030”.

Meanwhile, Business Secretary Kwasi Kwarteng announced on Twitter, saying: “The UK will phase out the import of Russian oil and oil products by the end of 2022.”