THE Simpsons fans have been given their first look at a landmark Disney crossover.

To celebrate Disney Plus Day, the short film will see members of The Simpsons meet iconic Disney characters for the first time. 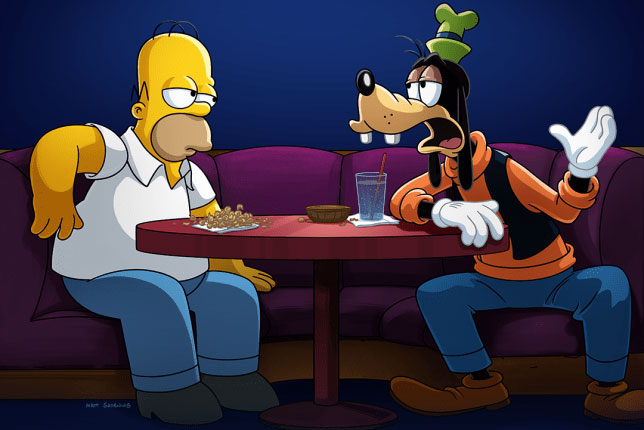 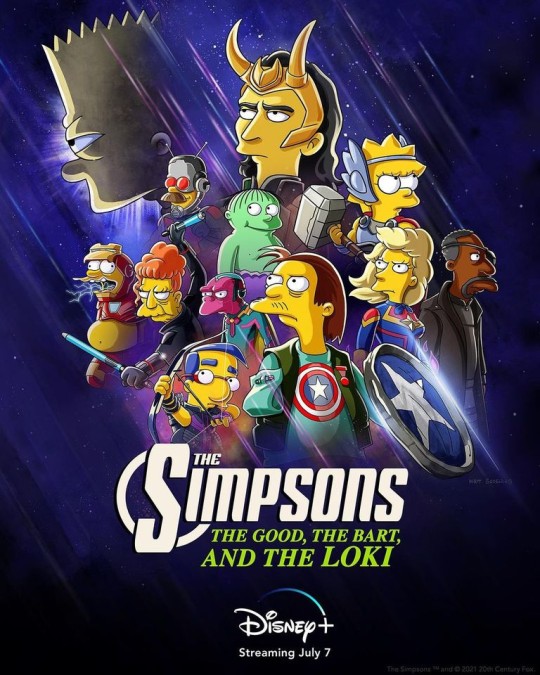 The movie, titled The Simpsons in Plusaversary, will premiere on the streaming service on November 12.

The official description reads: "The Simpsons host a Disney+ Day party and everyone is on the list… except Homer.

"With friends from across the service and music fit for a Disney princess, Plusaversary is Springfield’s event of the year."

The first look image sees Homer sitting at his bar table with nut shells in front of him, while Goofy sits across from him.

A drink is in front of Goofy who is gesturing, while Homer looks bemused.

Disney Plus Day is to celebrate the streamers second anniversary and will see a host of new and exclusive content premiere.

These include a new series of Frozen shorts starring lovable snowman Olaf, season two of The World According to Jeff Goldblum and a Boba Fett Star Wars special ahead of his new standalone series, The Book of Boba Fett, which premieres in December.

Meanwhile The Simpsons in Plusaversary isn't the first time the animated series has had a crossover.

Earlier this year, the show partnered with Marvel for The Good, The Bart, and the Loki.

While Maggie Simpson had her own Star Wars crossover with The Force Awakens from Its Nap.

The show even branched out into the world of fashion for a 10-minute short film with Balenciaga for Paris Fashion Week. 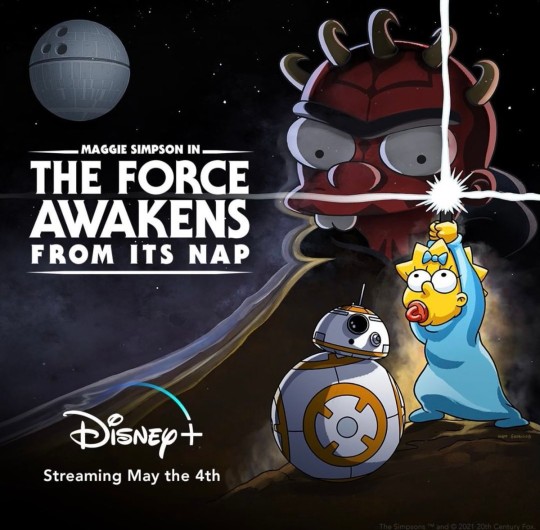