Finding Steve McQueen brings a lot to the table very early on. The titular character, Steve McQueen, is also known by a variety of other names. McQueen is the alias of John Baker or Harry Barber – who is deftly played by Travis Fimmel in this classic-feeling heist movie – and is part of a plan to rob President Nixon of his stash of secret cash. Although the film is billed and pitched as a heist movie, it doesn’t exactly include much heisting.

The film’s opening is a subtle yet intriguing introduction into the weird psyche of Harry, and the “heist” movie that is forthcoming.

After a swift appearance of Harry’s beau Molly Murphy (Rachael Taylor) and the narrative dives into Ocean’s Eleven style cinema, cutting between timelines, and detailing how the team managed to pull off one of the biggest bank heists in history.

Weirdly, some of the earlier scenes in the film signpost a film that almost doesn’t happen.

A great deal of time is spent showing off how much Harry loves driving, and indeed how good he is as a getaway driver. 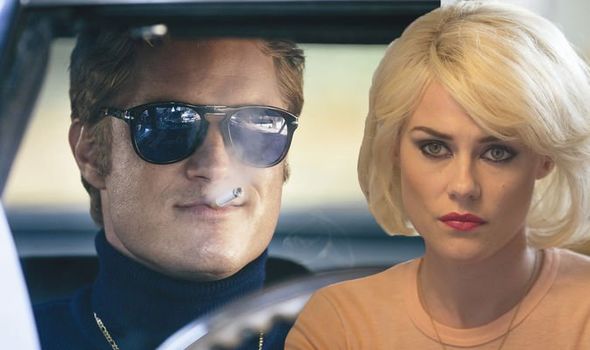 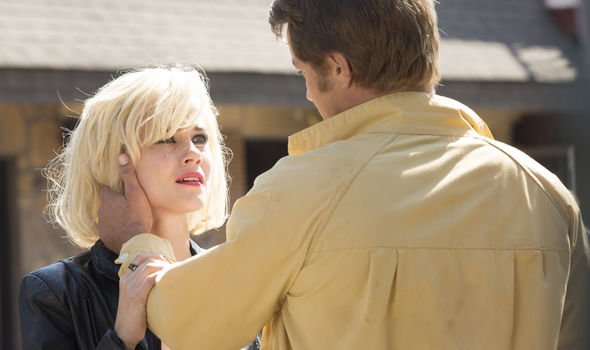 So then, it makes sense when Harry is enlisted into the heist as “the driver” – however he is never seen behind the wheel of a car again.

After the fairly short set up for the bank job, the film begins to break off into Harry’s love story with Molly.

This is where the film begins to struggle finding its footing.

The heist in the film – the movie’s main draw – is over before the first half of the film is, leaving what feels like a long time to fill before anything else of note really happens. 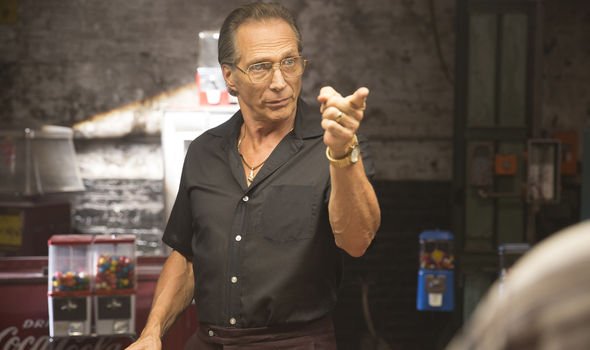 A lot of time is spent instead on creating the touching relationship between Harry and Molly – who have excellent chemistry.

Both the Vikings actor and Taylor work together excellently on screen, and are simply dying for their own Bonnie & Clyde-esque film.

Taylor’s character, unfortunately, devolves into a collection of helpless female character tropes. When she isn’t dancing in front of a jukebox, she’s begging her mother’s permission to have sex with Harry.

Despite this, Taylor does a really good job at bringing viewers onto her side, and grounding the outlandish character of Fimmel’s Harry.

Fimmel is part of a larger ensemble, including actors such as William Fichtner, and Louis Lombardi.

These members of the heist team, while prominent through the film, are never really given much of an angle into the movie.

Fichtner’s character’s hate for Richard Nixon is comical, but ultimately works as a means to an end.

While Lombardi’s Paulie acts as some comic relief, without any real reason for being there.

The large swathes of plot featured throughout the flick are interesting and entertaining, but many of the individual scenes can easily be written off, as there are absolutely no stakes or risk throughout the 90 minutes.

Other than one unexpected turn of events in the final act, Finding Steve McQueen won’t surprise many viewers.

Thankfully, Fimmel and Taylor shine ahead of the rest in this almost forgotten-era slapstick heist movie.

Finding Steve McQueen loosely tells the story of Harry Barber – who uses the alias Steve McQueen – who aided in the biggest bank robbery in US history. While the premise and story are enthralling, the actual plot of the film struggles to stay on track. The foundational hook of Harry being a getaway driver is quickly dropped and replaced with a love story between the two rejects. Although this particular part of the film is endearing, mostly thanks to Taylor, there’s no reason for the characters – and therefore no reason for viewers – to worry about consequences. Ultimately, this stylish and well-shot film has a fantastic pair of leads, a great premise, but absolutely no heart.