Emmerdale viewers last saw Joe Tate (played by Ned Porteous) on screen back in October 2018, since then many have been begging for his return, and there is a strong chance his comeback is looking as part of the soaps biggest plot twist. It comes as ITV has announced Graham Foster (Andrew Scarborough) is set to meet a grisly end, but what if this is just a red herring, all part of a bigger plan to get the businessman to flee the village, under the radar.

Joe left a huge hole in every single fans heart and since his departure, the pleas for his comeback have only got stronger and stronger.

First introduced to the village by Graham, the pair struck up a strong bond, considering one another as father and son.

But they soon found themselves embroiled in Kim Tate’s (Claire King) dark business and when the Home Farm owner issued the death of Joe, Graham did what he thought was best; fake his death and create him a new life on the run.

Proving his commitment during Joe’s hour of need, will Joe return the favour as the threat to Graham’s life emerge? 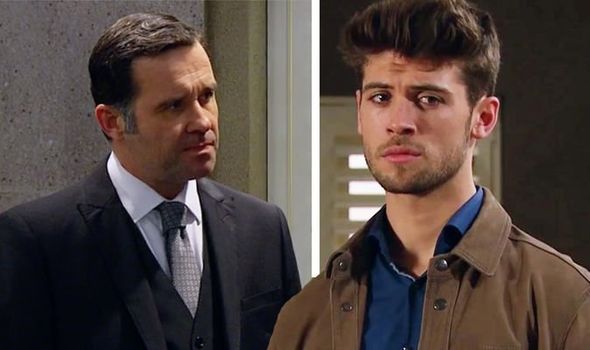 In a series of episodes like no others, Emmerdale viewers will see someone commit murder and the repercussions are apparently going to rock the village to its core.

In an action-packed week of specials this January, the audience will see the same day play out from a different character’s perspective – all with a motive to kill.

But the identities of those willing to get blood on their hands have been concealed.

“It’s always exciting to step outside of our usual story-telling style and viewers will be on the edge of their seats as some of our villagers have their lives irrevocably changed forever.

“Graham has been a huge character at the heart of some of our biggest storylines so it felt only fitting that he left us with an enormous, explosive bang, to kick off what promises to be a massive year of drama for Emmerdale.”

But, with ITV declining to comment on actor Andrew’s departure earlier this year, is he really leaving the soap for good?

Or are viewers going to be left thinking he is dead only for him to reappear in upcoming years?

To add to suspicion, Emmerdale’s press team explained how over the next few months, viewers will see his list of enemies become clear.

But questions whether anyone in the village is really capable of murder, which raises eyebrows – will is be someone outside the village who commits the crime?

Therefore suggesting, it could be Joe who plans Graham’s fake death, pinning the heinous crime on another of his enemies – Kim perhaps?

It comes after Liam Cavanagh (Johnny McPherson) could be about to embark on a new relationship.

After Bernice Blackstock (Samantha Giles) left for Australia last week without telling him she would never be returning, there is a chance the Dr could find himself being consoled by another woman.

In the run up to Christmas, as the village gathers to take part in the pantomime, will Liam find love with Leyla Harding (Roxy Shahidi)?