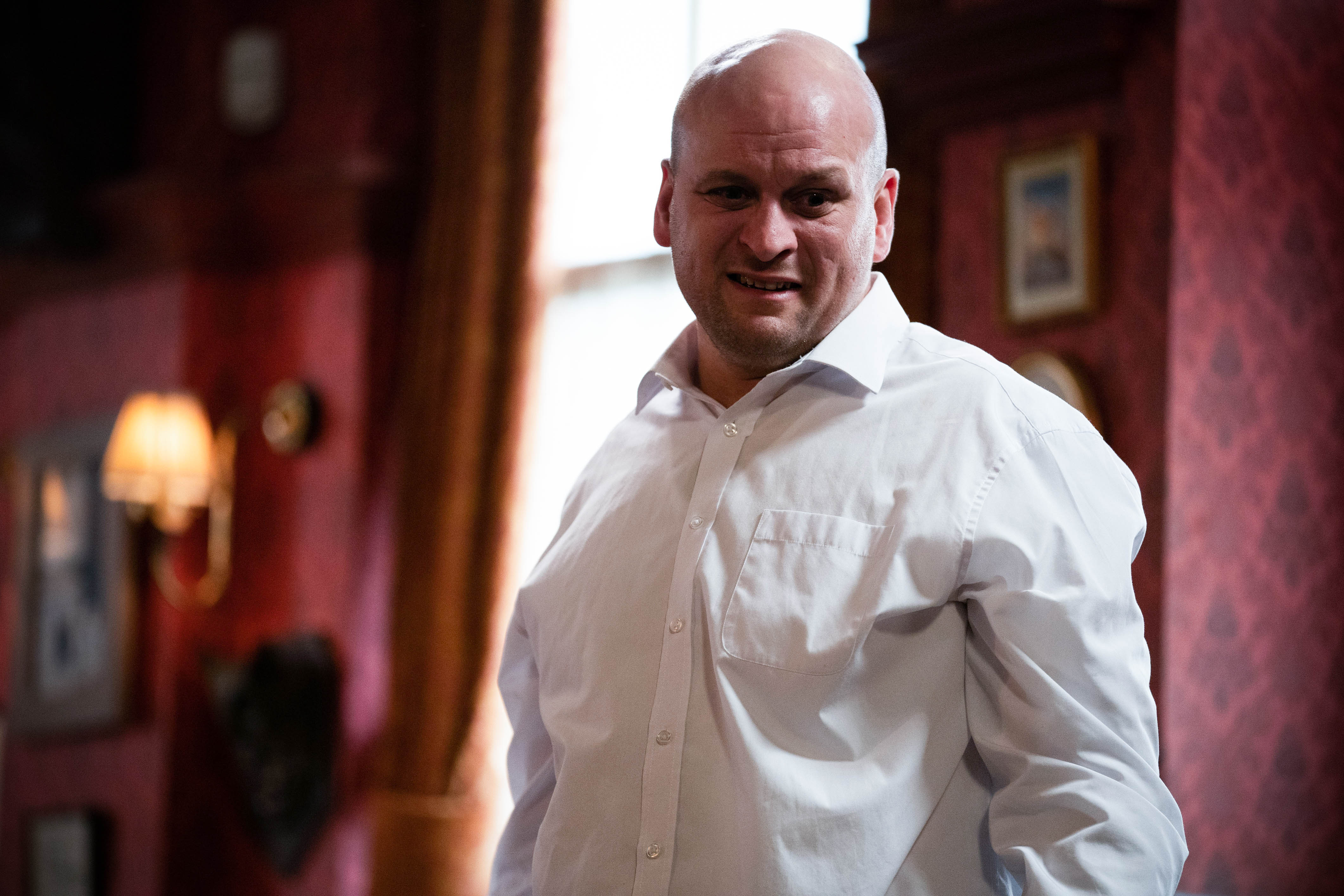 It’s a story rarely tackled in soap and one that is touching the hearts of many – EastEnders character Stuart Highway is suffering from breast cancer, something which he feels is undermining his masculinity.

Since the diagnosis, Stuart has struggled to get his head around it and has pinballed between terror and vicious rage.

But for actor Ricky Champ, the storyline is more important than just drama – and he hopes to raise awareness that men can get breast cancer too; and viewing these episodes may even save lives.

We caught up with the actor and he revealed his research, his hopes and the difference between serious scenes and humour.

Did you do much research into male breast cancer?

Yes – I had multiple avenues that I could tap into but for the initial part of the storyline, I didn’t want to do this. I wanted to play the shock Stuart would feel in real life, being shocked and knowing absolutely nothing. No statistics, no information, I wanted him to be completely green to it.

As the storyline has progressed, I’ve spoken to a number of men living with breast cancer. Macmillan Cancer Support introduced me to one amazing guy called Doug who shared his story of breast cancer with me. I was also invited to a Male Breast Cancer Virtual Meet-Up (VMU). This was an opportunity to sit and listen to men talk about their experiences.

Do you hope that the storyline will encourage men to seek help when they need it, whether it’s cancer or something else?

If that does happen, then it’s quite extraordinary. I work on a television programme and I’m aware that we have an audience of millions of people so we can raise awareness really quickly. There’s some upsetting information I found out about cancer for men.

The mortality percentage can be brought down with just awareness. It’s all about that actually. That can save lives. Awareness can do that, so if one bloke does it then what an incredible thing.

Do you enjoy tackling more serious storylines like this in comparison to comedic antics?

What’s interesting about it is that everybody assumes that comedy is really great fun, that comedy is light. In reality, people are serious about comedy. Comedy is a serious endeavour, and it’s tough. Anything heightened is tiring but rewarding. If you can make someone laugh, that’s probably one of most rewarding things for me. The antithesis of that is if you’re doing something serious, you want to make someone think, reflect or move them. If you can move someone, then that is equally rewarding, to make people feel things. That’s the game I’m in and I love doing both of those things equally.

What are your biggest takeaways from working on this storyline?

Cancer doesn’t discriminate and men get breast cancer too. That’s what I want to put out there.

Anyone in need of cancer support can call the Macmillan Support Line and speak to specially trained nurses and other experts on 0808 808 00 00, 7 days a week from 8am to 8pm, or visit Macmillan’s website or Online Community: macmillan.org.uk