The 43-year-old star has long been a fashion pioneer but his latest shoot for the publication may be his most metrosexual look yet. 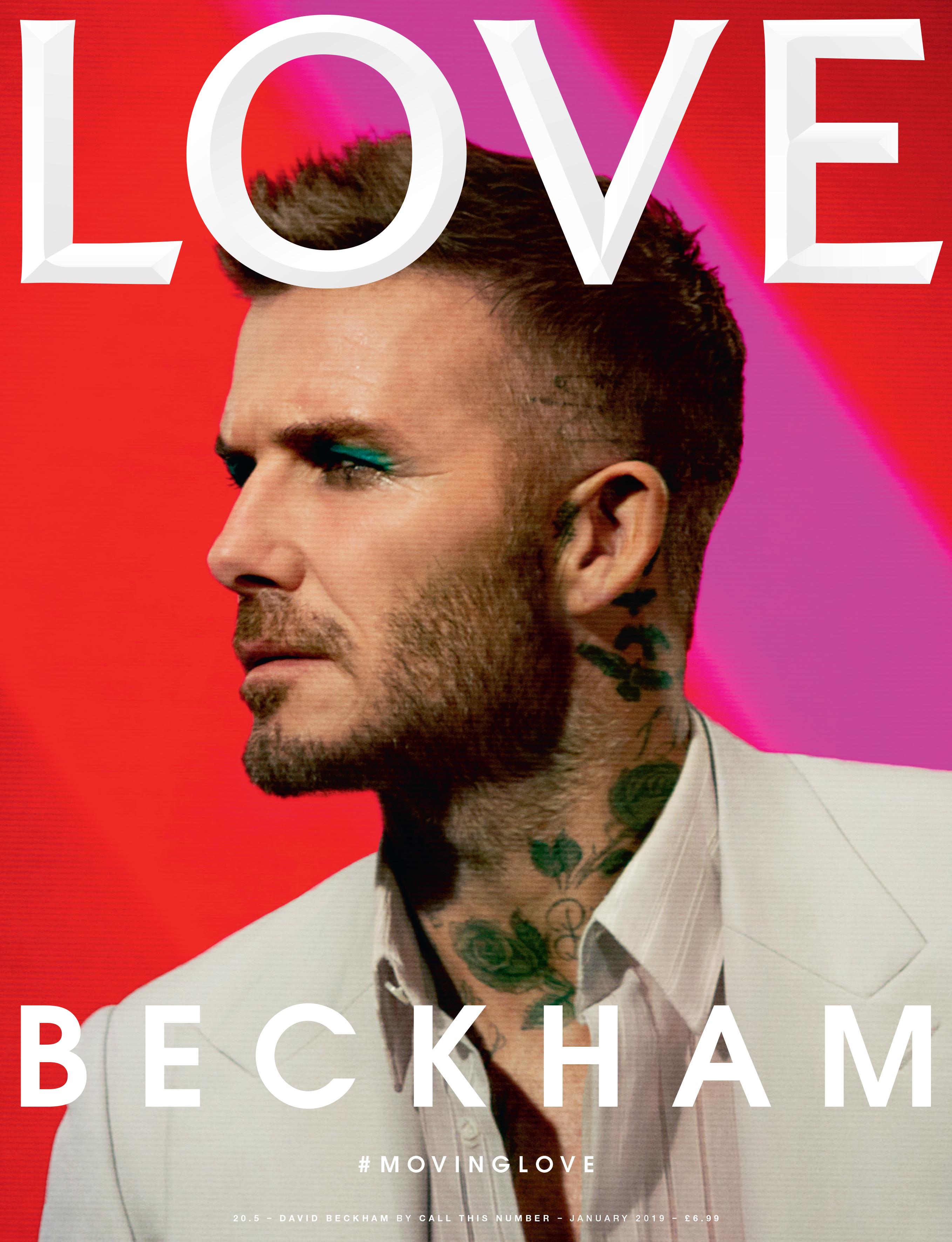 David can be seen wearing a white Dior suit for the shoot with a slick of make-up on his eyelids.

The former England football captain has also had the tattoos etched on his neck tinted green, which can be seen through his unbuttoned collar as he poses in profile.

Becks pioneered the metrosexual trend and faced ridicule for it when he stepped out in a patterned sarong over a pair of trousers with then-fiancee Victoria Beckham during the 1998 World Cup in France. 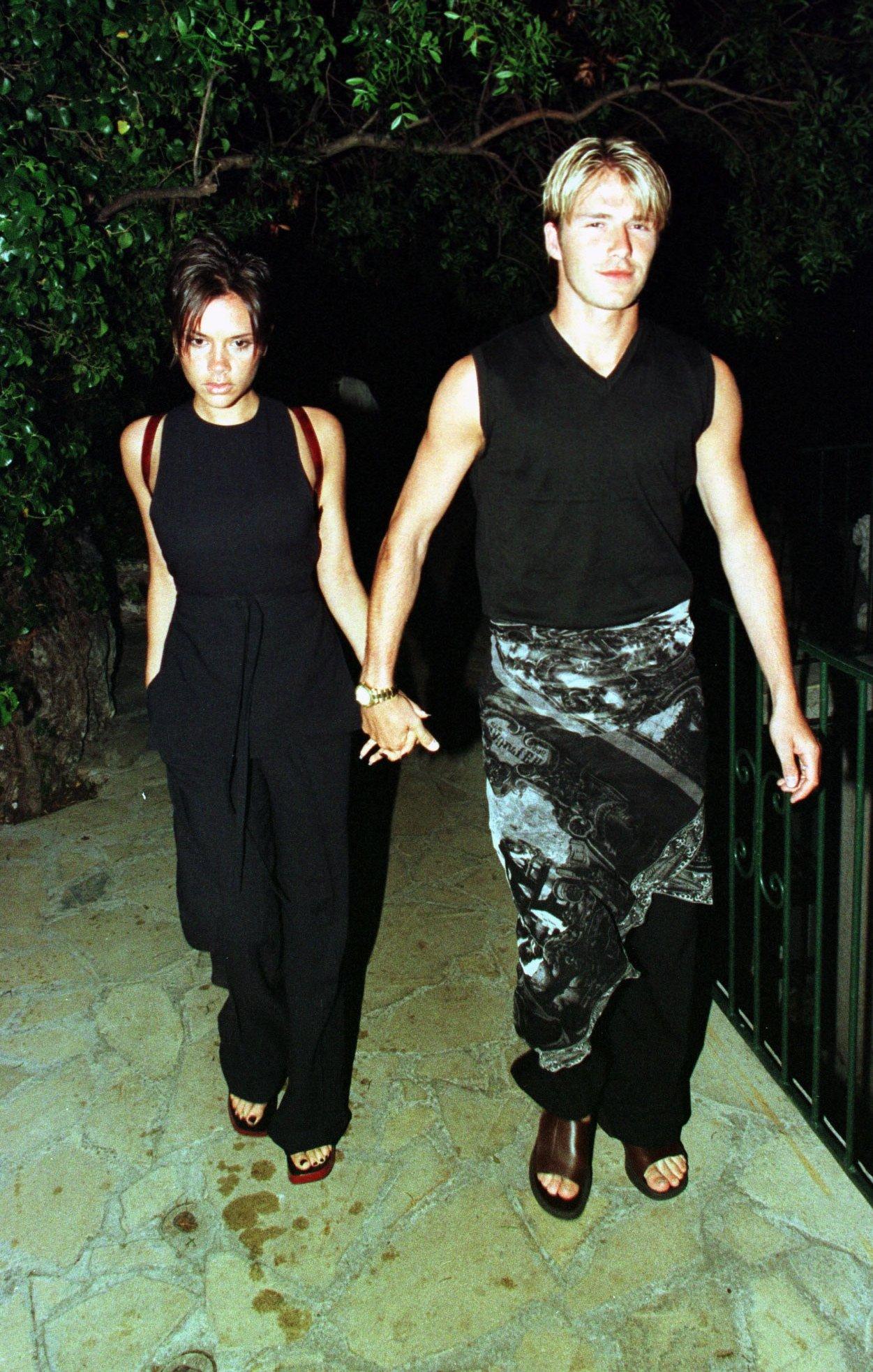 "Twenty years ago when I wore that sarong, people were shocked," he previously told The Telegraph.

"It was an outrage; 'why are you wearing that? What were you thinking?' Today no one bats an eyelid if a guy wears a sarong in the street."
Becks was styled for the new shoot by Dior's Menswear Artistic Director Kim Jones.

David – who has sons Brooklyn, Romeo and Cruz, as well as daughter Harper with Victoria – has previously worked with Kim. 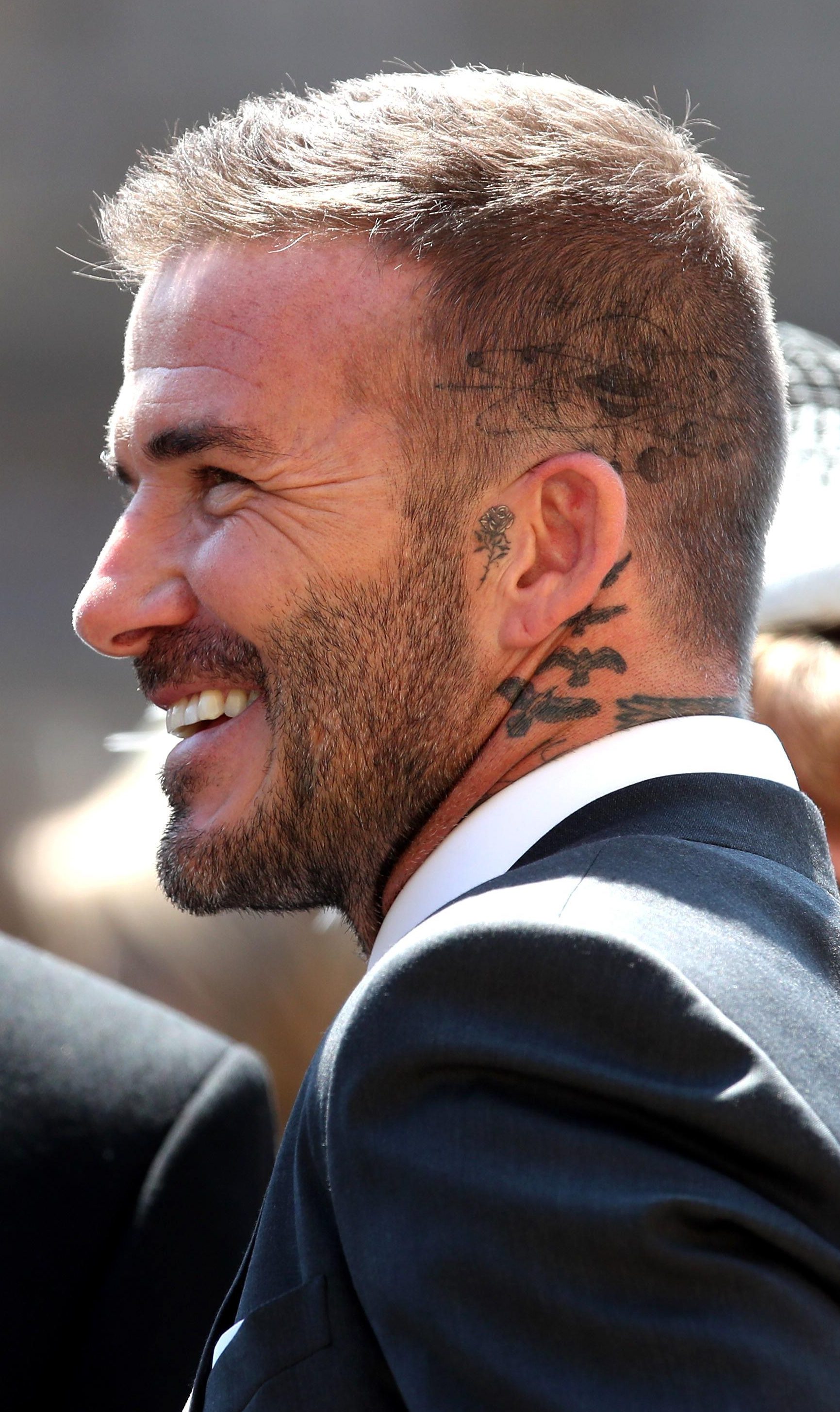 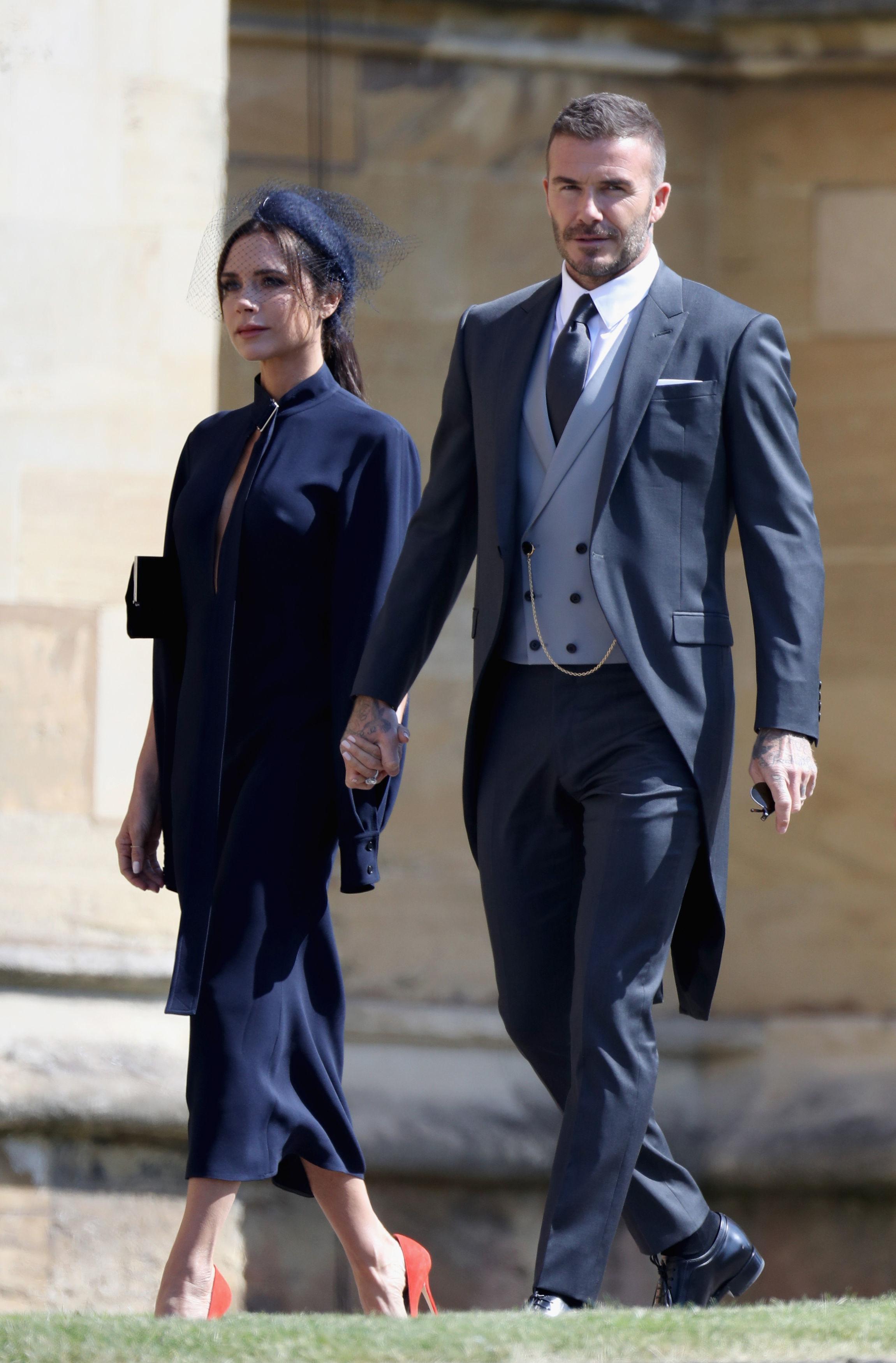 At the marital ceremony the star wore a full morning suit, with a pale grey waistcoat, while his Spice Girls wife stunned in a navy blue dress and matching fascinator.

The couple, who have been married for almost 20 years, were caught in a rare public display of affection as they attended London Fashion Week yesterday.

Just months after facing untrue split rumours, David, pecked his wife on the side of the mouth. 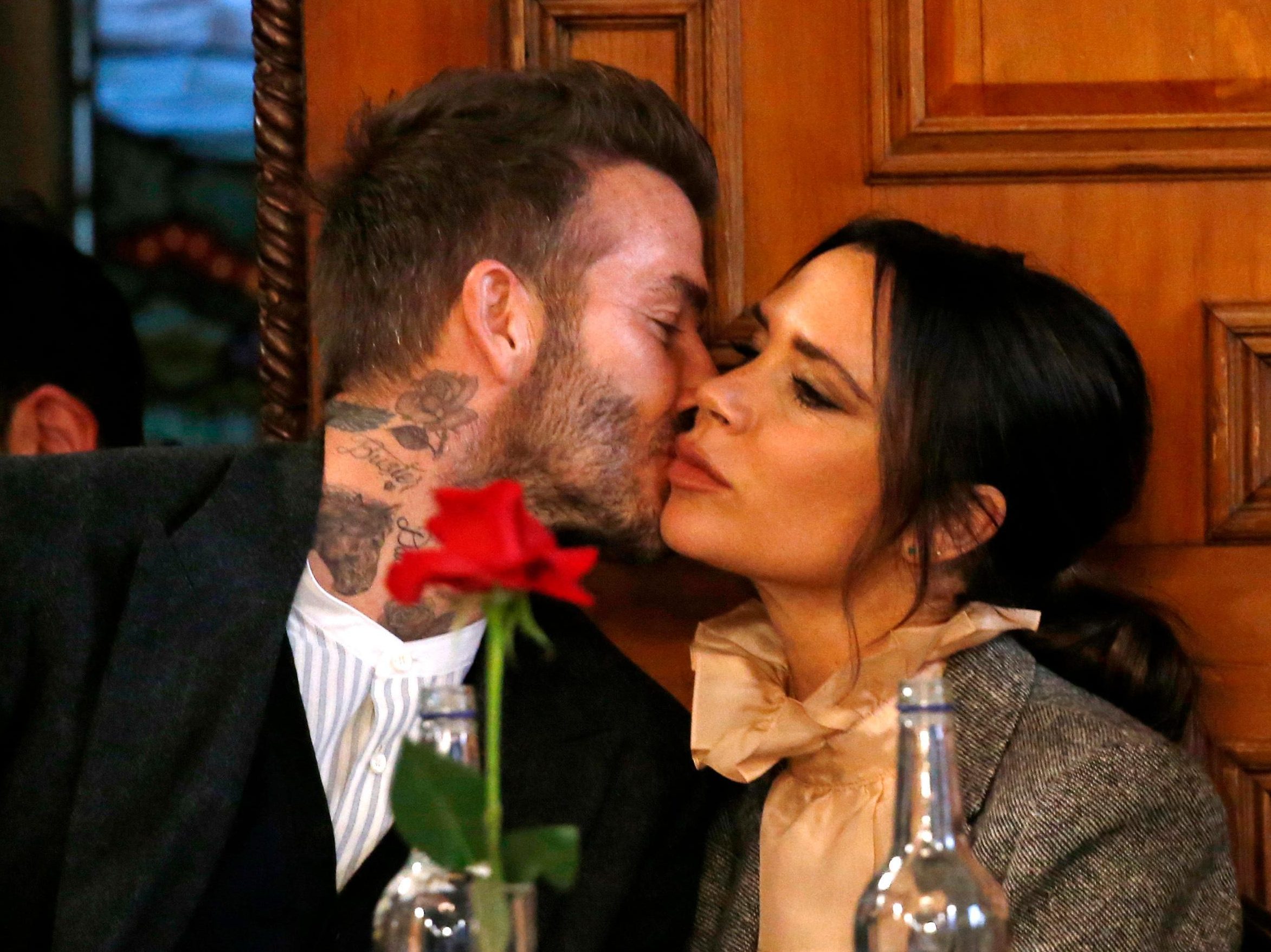 Inside the fancy show, David, 43, pecked Victoria on the side of the mouth 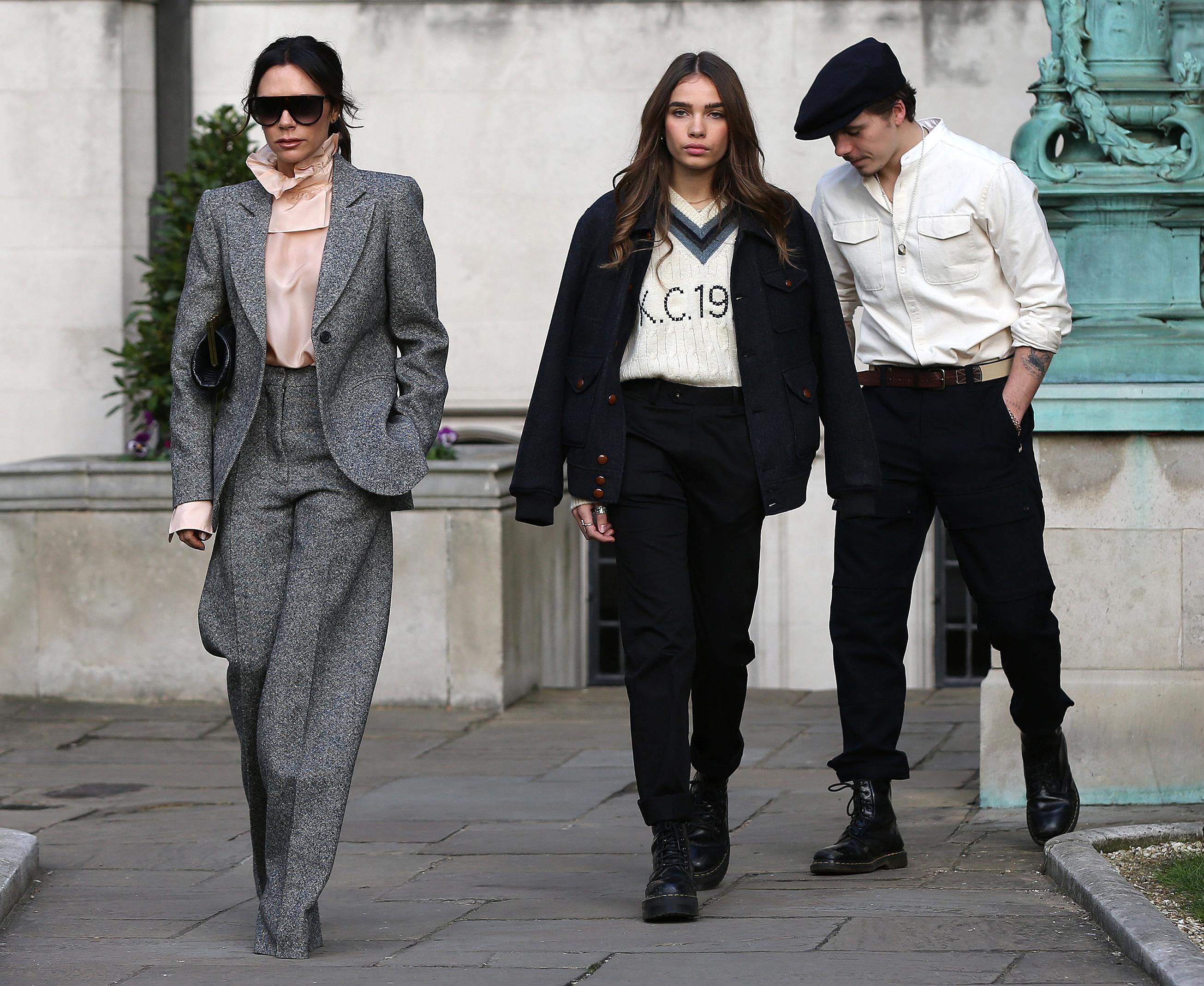 The Beckhams were feeling the love all round as they also welcomed their son Brooklyn's new girlfriend into the family.

While Brooklyn, 19, trailed behind his mother and partner, who he is believed to have started dating just before Christmas.

However, this was not the pair's first public display of affection.

The stylish duo shared a video of them celebrating New Year's Eve with a little smooch at the family's lavish £30,000 bash.

David was seen kissing his children before turning to his wife to share a romantic moment.