Friends a few iconic locations on the show. One is Central Perk, the cafe the friends loved to hang out in to catch up on their day. The others are the apartments, which the characters lived in. Courteney Cox recently returned to their apartment building and commented on the rent. Here is what she said about the possibility of the revival and the apartment.

Courteney Cox said she doesn’t think a revival will happen 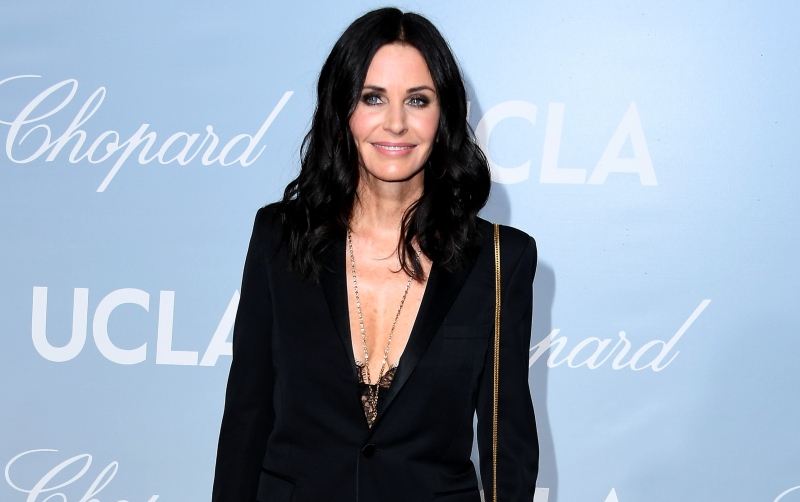 Friends still has a huge following to where Netflix paid $100 million to keep it on the platform. So fans are also wondering if the continued popularity will result in a revival. Cox has shut that hope down.

“You’re going to have to go to Congress,” Cox joked with E! News. “I can definitely call everyone but it cannot… I don’t think that’s gonna happen.”

Matt LeBlanc also told Steve Harvey that he doesn’t think it’ll happen. “Like, old Friends? Personally, I don’t think so. I’ve talked to the writers about it. That show was a very finite period in your life, between 20 and 30, when you’re out of school but your life hadn’t really started yet and your friends are your family, and you’re kind of finding your way. When that period is over, it’s over.”

Still, Cox has been all about nostalgia on Instagram. She also recently had a reunion with a beloved Friends co-star.

A few months ago Friends fans were excited to see that Cox and Tom Selleck ran into each other. Selleck played Dr. Richard Burke and his character dated Monica.

The actors were spotted in the same restaurant. Comedian, Claudia Oshry took a video of them saying hi with the caption, “Spotted in NY: Dr. Richard Burke and Monica Geller saying hi to one another. Shook. What will Chandler say?”

Selleck said he would be up for a Friends revival. When he was asked if he would return in an interview with Radio Times he answered, “I’d say yes without even seeing a script.” He even had an idea of what the doctor would be up to with “What would be really good is for Richard to come between Monica and Chandler again.”

There are a few things that famously didn’t add up on the sitcom. One of which was how Monica Gellar and Rachel Green were living in their spacious West Village apartment.

The show did try to explain it with Monica inheriting the rent-controlled apartment from her grandmother. They apparently were only paying $200 per month for it, according to Page Six.

Courteney Cox recently returned to the building, located on the corner of Grove and Bedford, which was used for the famous apartment building. She posted a video of her walking to it then turning around saying “good night guys, I’m going home” on Instagram. She captioned it with “The One Where My Rent Went Up $12,000.”

It looks like Cox loves talking about her time on the sitcom around the show’s famous locations.