They’ve been together since 2015 and they obviously love each other a lot… but are Gwen Stefani and Blake Shelton getting married soon? Well, there’s just one little thing standing between them and "I do." Before Stefani and Shelton make their way down the aisle, they’ve decided that they’ve got to make things right with God.

Us Weekly reports that the couple have been ready to tie the knot for a while now, but they won’t follow through with their plans until they sort things out with the church. According to Us Weekly’s source, Stefani, 49, “began the formal process” of having her marriage with ex-husband Gavin Rossdale annulled by officials of the Catholic church "so she can marry Blake and have it be recognized by the church.”

For Stefani, religion is hugely important and a key component in deciding to move forward with her marriage to Shelton. Luckily, her hubby-to-be is totally on board. “Gwen’s religion has always been extremely important to her, and Blake is completely supportive of this," says the source.

Back in February, a source told Us Weekly that, while the couple has been ready to marry each other for quite some time now, they’ve still got some hurdles they have to overcome before finally making it down the altar. According to the source, they “are on the path to getting married,” but first, “there are obstacles they have to deal with.” 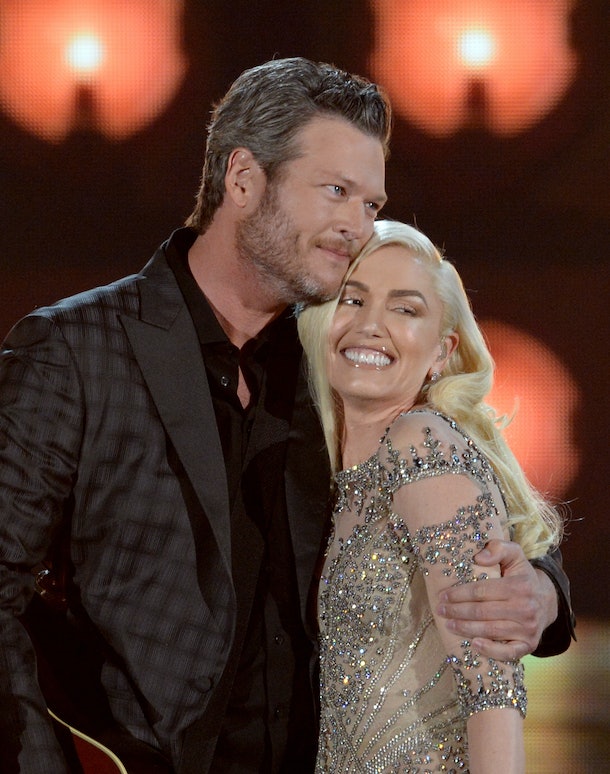 “Gwen and Blake met with her priest for a counseling session” an insider told Us Weekly in February.

For now, the couple are making their long-distance relationship work. Us Weekly reports that Shelton currently splits his time between Los Angeles and Oklahoma. Stefani, on the other hand, lives full-time Los Angeles with her three sons, Kingston, 12, Zuma, 10, and Apollo, 4. 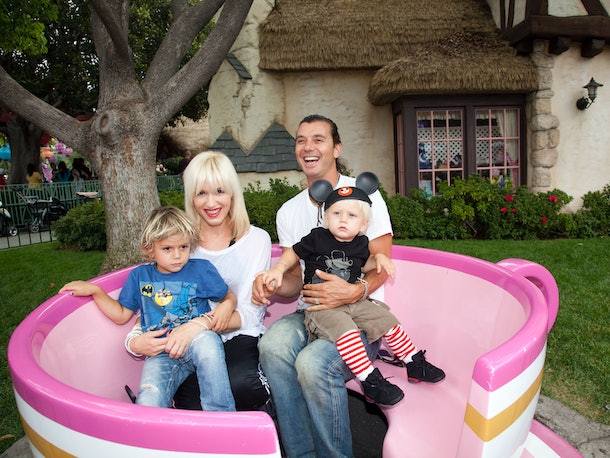 The delayed marriage and the long distance are in no way, shape, or form alluding to trouble in paradise. The more recent source tells Us Weekly, “they’re willing to wait.”

From the beginning, both Stefani and Shelton haven’t been shy about their feelings for each other. "There is zero pressure… when there’s trauma, the way that we had trauma back in the day,” she told People in 2018, referring to allegedly being cheated on. “Going through all these hard times, [you] get to a place where you find somebody that’s like your best friend, that you know you can depend on and trust and go through life — we’re just trying to be in the moment as much as we can.” 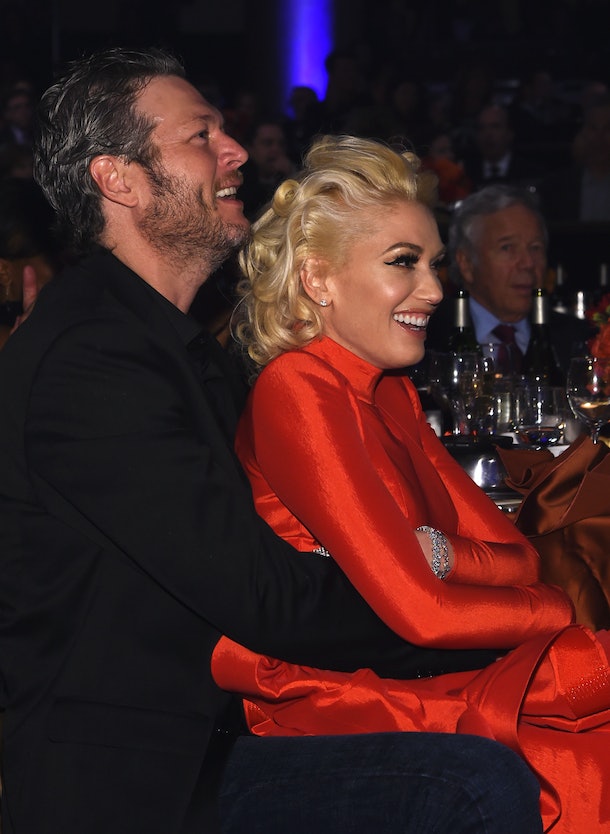 "I won’t forget that day. I looked over at Gwen — who I didn’t really know — and she had these huge tears in her eyes. I thought, ‘Wow, she feels super bad for me!’ . . . I thought it was going to be another one of those things-are-going-to-be-OK talks," Shelton recalled to Billboard of how he first connected with Stefani during an interview in 2016. "She didn’t tell me much, because we didn’t know each other at the time, but she said, ‘I’m going through something very similar to what you’re going through. I understand. And I hate it.’" 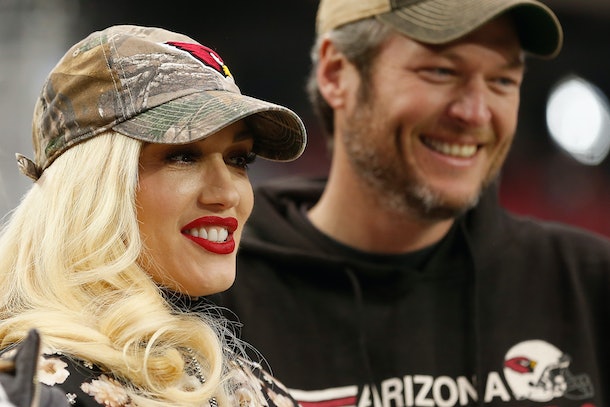 Luckily, the two were able to find something beautiful in the midst of their heartbreak.